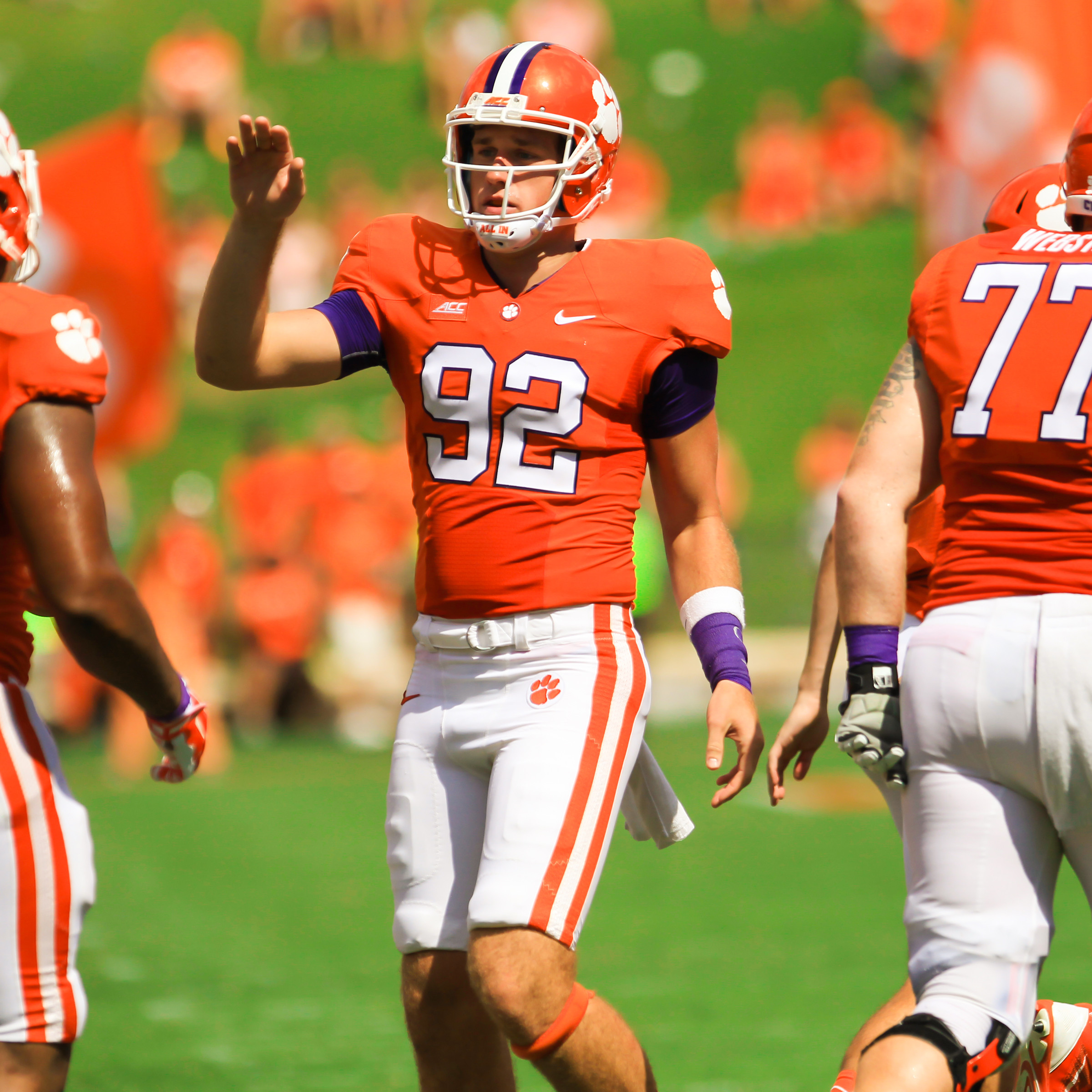 CLEMSON, S.C. – Punter Bradley Pinion announced Tuesday that he has decided to turn professional. The native of Concord, N.C. entered Clemson in 2012 and had one more year of eligibility.

Pinion, who played as a first-year freshman in 2012, served as Clemson’s punter and handled kickoffs each of the last two seasons and was a big reason the Tigers were strong on special teams during that time. Clemson had a 21-5 record the last two years, including a 10-3 mark in 2014.

“I had a great experience the last three years and I will always be a Clemson Tiger,” said Pinion. “I want to thank all the fans, my teammates, the football staff and especially Coach (Dabo) Swinney for giving me the opportunity. It has always been my dream to play in the NFL and I just feel the timing is right for me to turn professional.”

Pinion averaged 42.6 yards per punt, fifth-best in the ACC, in 2014. He had 28 punts inside the 20 to lead the ACC and break his own school record for a season. He also had 17 punts of 50+ yards, tied for third-most in the ACC, and just two touchbacks.

Pinion finished the 2014 season with a net punting average of 40.3, sixth-best in Tiger history and the second-best mark by a Tiger since 1984. He had five punts for a 43.4-yard average in his final game, the Tigers’ 40-6 victory over Oklahoma in the Russell Athletic Bowl.

“I appreciate what Bradley did for the program the last three years,” said Swinney. “He was a big reason for our success on special teams. We wish him the best as he enters his professional career.”