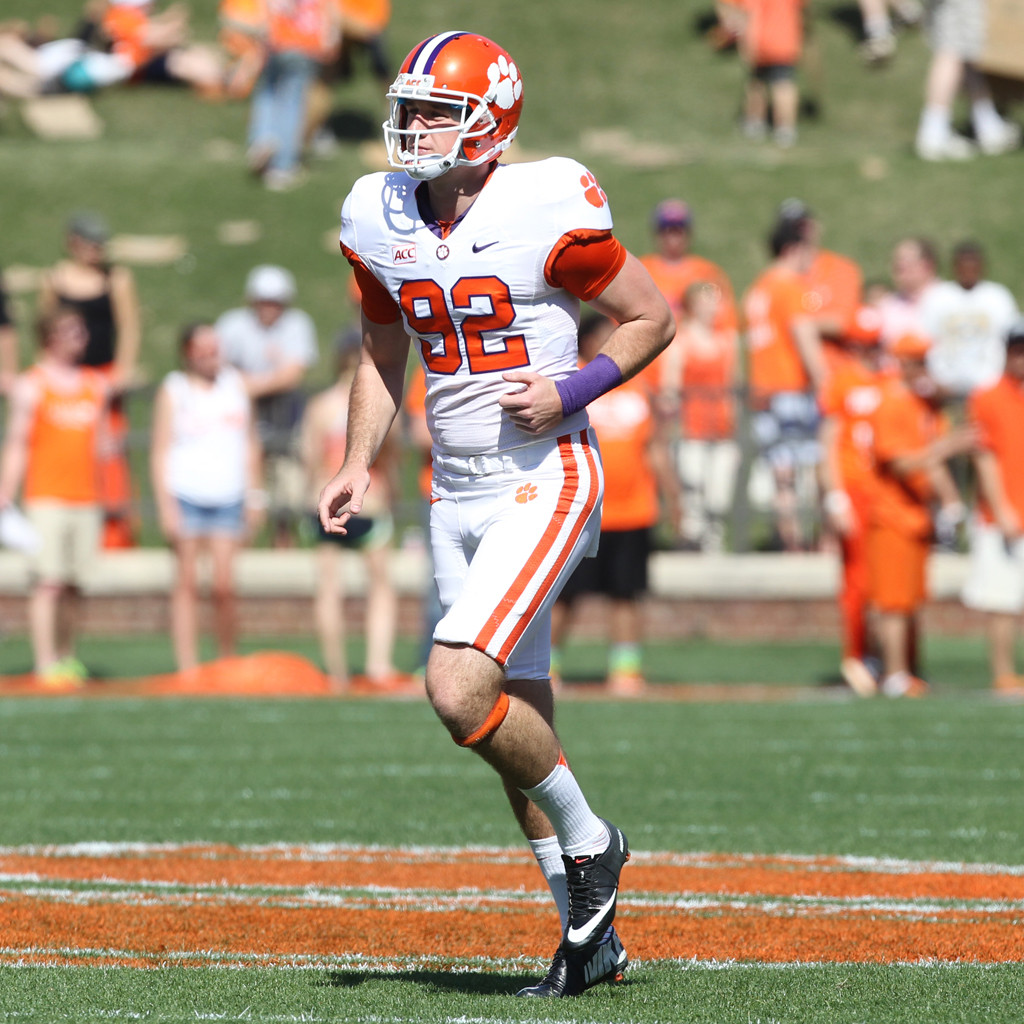 Clemson, S.C.—Clemson punter Bradley Pinion has been named to the list of 2014 Ray Guy Award nominees.  The announcement was made Friday by the Augusta Sports Council, which sponsors the award that is presented to the top punter in college football. Pinion has a 42.8 average on 51 punts so far this year.  He has 12 punts of at least 50 yards and 22 punts inside the 20 against just two touchbacks.  His net average is 40.0.  The junior needs just three more punts inside the 20 to break the record he already has along with former Tiger Kevin Laird (1996).   Pinion has averaged at least 41 yards a punt in six of his seven games this year.  He did not punt against South Carolina State.  He tied his own career high with five punts inside the 20 in narrow victories over Louisville and Boston College.  He had four punts of at least 50 yards against Georgia. The ACC has many outstanding punters this year and it is demonstrated by the Guy Award release. No less than 10 ACC punters are named to the list of nominees.