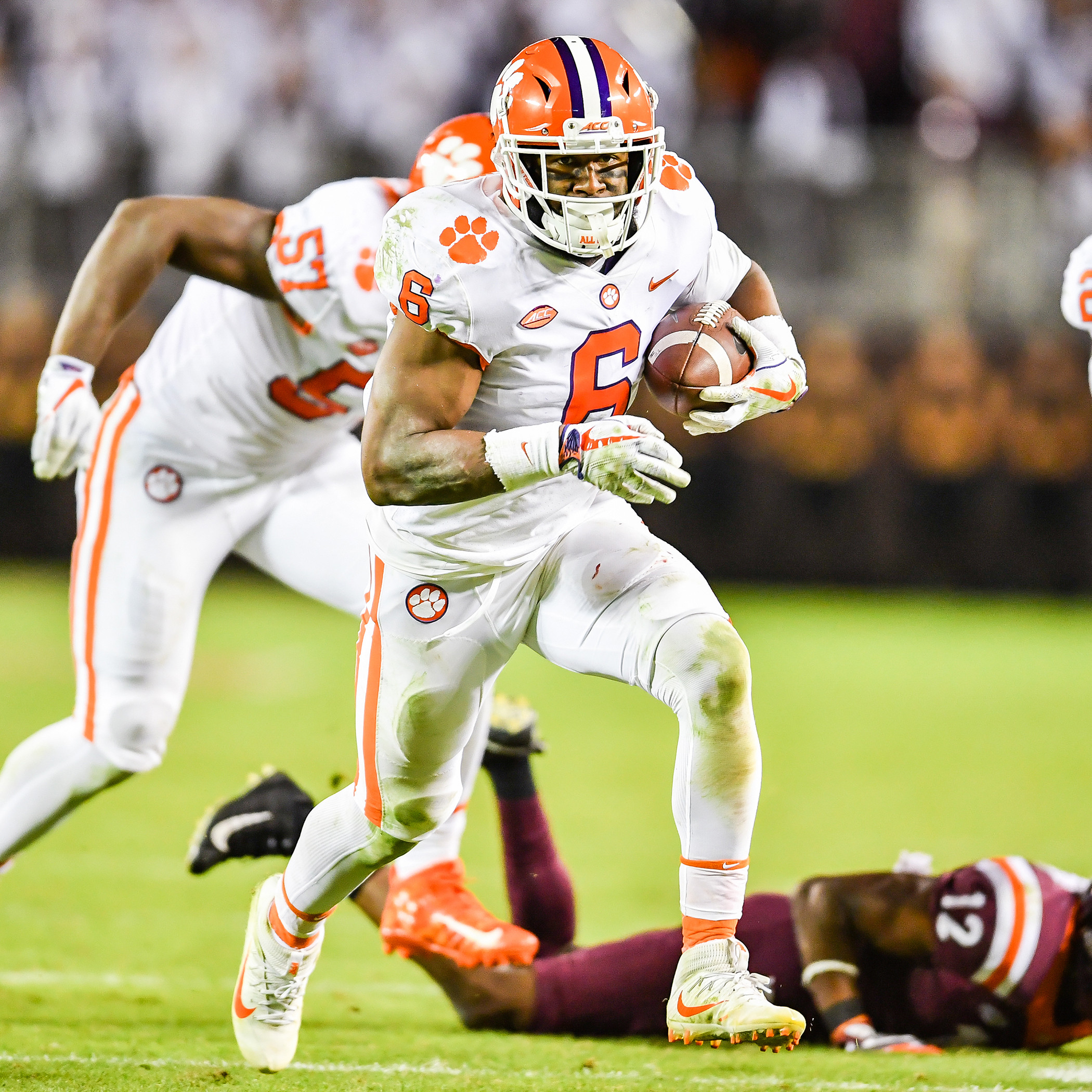 Dorian O’Daniel’s first memory of playing football is not wanting to play football. It was the linebacker’s mom who signed him up for pee-wee, telling the running back that if he did not want to get tackled, he had to run fast.

“Obviously, the rest is history,” said O’Daniel. “I ran fast, and everything else came from there.”

And once his mom got him into the sport, she did everything to ensure his experience with it was as positive as possible, even moving to a new state for better opportunities within the sport.

“I was born and raised in Pittsburgh,” he remembered. “But my mom and the rest of my family made a move from Pittsburgh to Maryland for me and for football. The exposure for football in Pennsylvania wasn’t at as high of a level as it was in Maryland, and the schools are a lot bigger and pride themselves more in sports.

“So my mom sacrificed and picked everything up and moved to Maryland early on, and that was a pivotal point in my life. I’m not sure I’d be where I am today without that move.”

Fast forward through a stint with the South Germantown Panthers and three straight state championships at Our Lady of Good Counsel High School in Olney, Md., and O’Daniel began looking at Clemson as a potential landing spot for college.

“I didn’t know much about Clemson,” admitted #6. “I didn’t even know where it was. But I started looking into it. I came to visit, and as cliché as it sounds, I knew.

“I came on a visit with my mom, and when I was talking to her on the trip, she told me, ‘When you know, you know. You just have that feeling.’

“And sure enough, I knew that Clemson was the school for me. I committed early, during my junior year, just because I didn’t want something to happen where I wasn’t able to go here.

“There wasn’t a particular moment. It was just a vibe…being able to be comfortable around everyone and it was a feeling like a home away from home. I’m from Maryland, which is pretty far away, so if I was going to be here for four or five years, I wanted as much love and support as possible, and that’s what I felt.”

There was just one small hiccup. A coach had convinced O’Daniel as his recruiting process picked up that the speed and athleticism he had developed as a running back would give him a leg up as a linebacker. While O’Daniel bought in, the late position transition put him at a disadvantage coming to Clemson.

“I realized that running backs have shorter careers and I’d rather be the hammer than the nail and that I would be at an advantage because I’m so fast (for the position). A lot of things went into it, and during the recruiting process, I was recruited as both.

“But coming into Clemson, I only weighed 195 pounds because I wasn’t worried about playing linebacker early on. So I knew I was going to have to redshirt, because everything that needed to be at a certain level wasn’t at the time. My knowledge for the game at linebacker wasn’t where I needed it to be and my weight wasn’t where it needed to be. I took that redshirt year to get my feet wet and understand how college, football and defense worked.

“After that, it was a progression. I had a lot to learn, but good guys to learn from, like Stephone Anthony, Travis Blanks and Ben Boulware. I had to buy into the little things and realize that I couldn’t rely on my talent like I did in high school.

“When I played a little linebacker in high school, it was see ball, get ball. There was no technique, there were no reads or anything like that. That was probably the biggest challenge for me when I got here…realizing that I couldn’t rely on my talent, because there was much more to it than that.”

After that redshirt season, O’Daniel became a staple on special teams before moving into a starting linebacker role in 2016. Heading into his final season, he had amassed 166 career tackles, 15.5 tackles for loss and 3.5 sacks in 641 snaps in 40 games (11 starts). Thirty-seven of those tackles were on special teams.

But this season, he is leading the team in tackles and has gained even more attention with his two pick-sixes, with one coming at No. 14 Louisville and the other at No. 12 Virginia Tech. He became the first Tiger linebacker with two interception returns for touchdowns in the same season. He was also named national defensive player-of-the-week for his performance at Virginia Tech.

“I’m grateful that everything is coming full circle for me. I’ve been patient for five years, and I’m happy that all my hard work is not only paying off, but also is not going unnoticed. I’ve been down too long not to come back up.

“I’m thankful for my health, my teammates and everyone who’s supported me. It’s a long season, and I still have a long way to go, but so far, I’m really proud of myself for how far I’ve come.”

And while he did not originally foresee five years of college football as being his journey, he does not regret one bit of his Clemson experience.

“Being here five years, I have seen it all, I have heard it all, and to be honest, I’m thankful for that. I like to say that my 2013 graduating class and I came to Clemson before it was cool to come to Clemson. Granted, we weren’t having successful seasons like we are right now, but now when you hear Clemson, everyone wants to hop on board.

“But being able to come in and learn from those guys who were older when I was a redshirt…the Corey Crawfords, the Grady Jarretts, the Josh Watsons, the Tajh Boyds, Tony Steward, Stephone Anthony and Spencer Shuey…the list goes on.

“Being able to learn from those guys and see what it takes year after year and to see new guys stepping into their shoes and fill the leadership roles left for them…I am so thankful for that. Now, I’m in a position where I want the young guys to look at me and have that same kind of mindset going forward.”

He has come a long way from that kid who did not want to play football, and now, he would not have it any other way.

“When it’s all said and done, I want people to look back and be able to talk about me as a guy who stayed patient, trusted the process, worked hard and took advantage of his opportunity when it presented itself.”