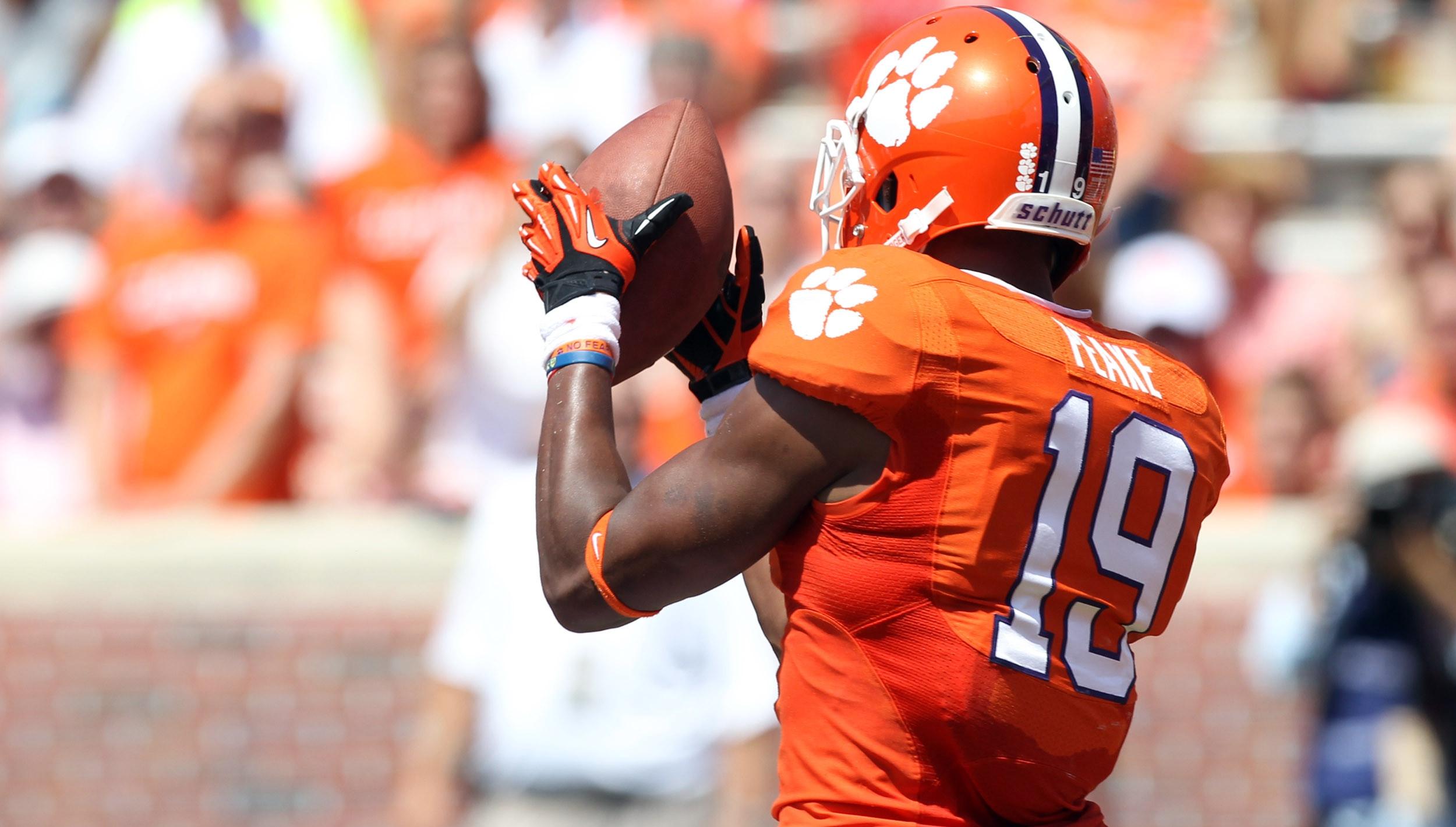 Peake Suffers Torn ACL in Practice, Out for Season

CLEMSON, SC – Charone Peake, the second leading receiver on Clemson’s third ranked football team, suffered a torn ACL during practice on Tuesday and will be lost for the season.

“This is a big loss, Charone was having a great year and was going to have a great year,” said Head Coach Dabo Swinney. “We are thin at receiver with just six scholarship players now.  We like to carry 10 at that position.  We have good players, but we don’t have a lot of bodies.”

Swinney said Peake suffered the injury in a simple non contact drill.  The MRI was read Wednesday and it revealed a torn ACL.

Peake had eight catches for 84 yards and a touchdown in two games so far this year, second on the Clemson team to Sammy Watkins in both receptions and yards.

Peake, a preseason watch list selection for the Biletnikoff Award, had 25 receptions last year for 172 yards and two scores. He played in 13 games last year, two as a starter.  He had played in 29 consecutive games over three seasons, but will miss his first next September 19 when the Tigers play at NC State.

Swinney said after practice Wednesday that Adam Humphries would move into Peake’s starting position.  Humphries has seven catches for 53 yards in two games this years. The junior who went to the same Dorman High School as Peake, had 41 receptions last year for 280 yards and a touchdown.