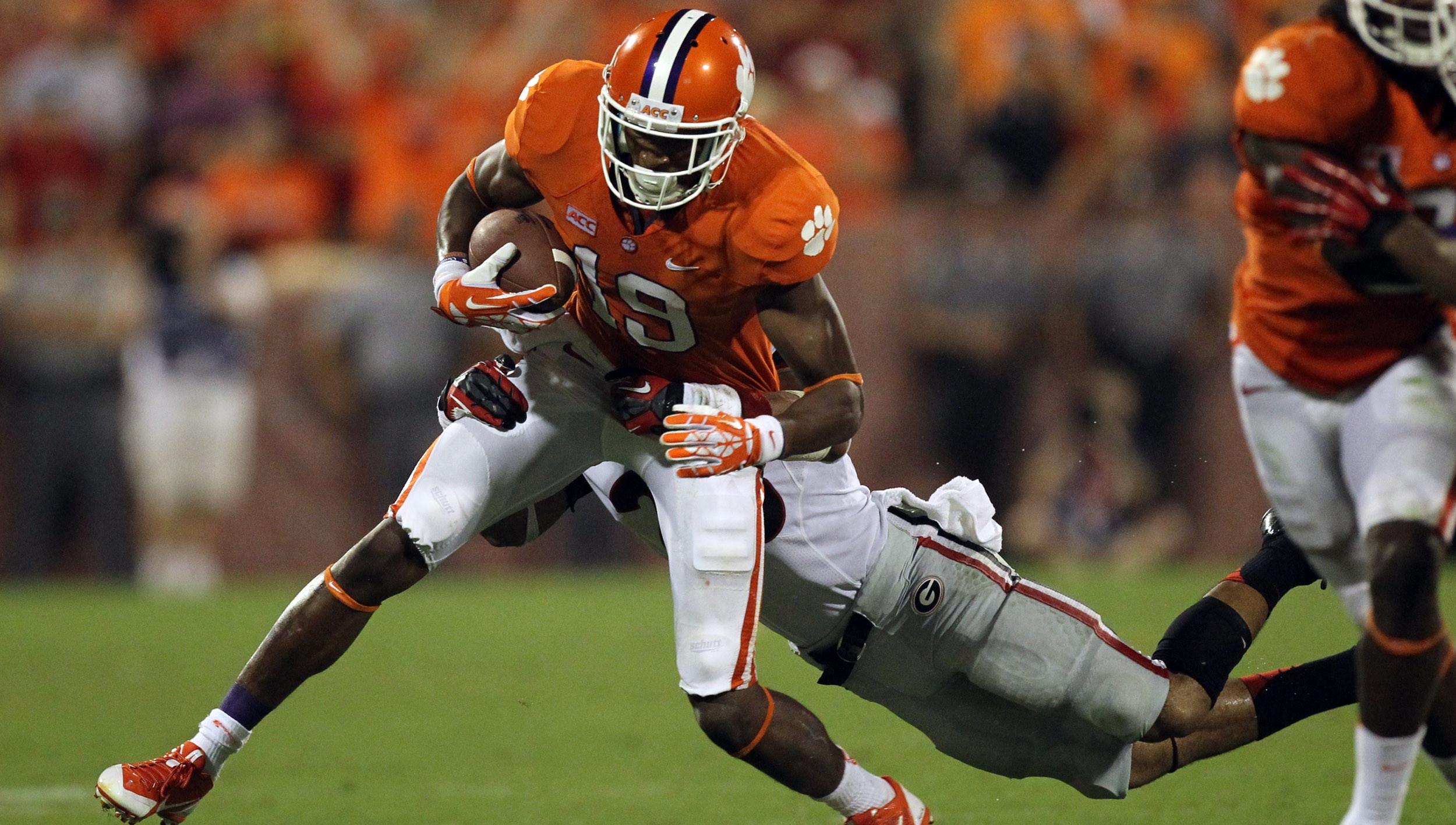 CLEMSON, S.C. – Clemson red-shirt junior receiver Charone Peake suffered a minor knee injury during off season workouts on Wednesday. He had  surgery on the knee on Friday morning and will miss at least the first week of practice, which opens on August 1.

“Charone was having a great summer, but tweaked a knee on Wednesday making a reception,” said Head Coach Dabo Swinney. “The surgery was successful and his ACL is fine. He will probably miss the first week of practice and then we will go from there. We expect him to play against Georgia in the season opener.”

Peake started the 2013 season against Georgia and had five catches for 58 yards, helping the Tigers to a 38-35 victory over the fifth-ranked Bulldogs. He then had a touchdown reception and three catches in the second game against South Carolina State. The following week of practice he suffered a torn ACL in practice and missed the rest of the season.

The native of Moore, S.C. and Dorman High School is one of Clemson’s most experienced receivers with 29 games and 751 snaps of experience heading into this year. He has 37 career receptions for 327 yards and three touchdowns.