Howard Bartley spent his prep career on the gridiron and jumping hurdles on the track for Southwest DeKalb High School in Decatur, GA. He excelled both on the field and on the track. As a junior he was the Georgia state champion in the 110 meter hurdles and as a senior he played in the Georgia-Florida high school football all-star game.

At Clemson, Bartley has been overcoming hurdles instead of jumping over them. During his career, the senior outside linebacker has torn his ACL in both knees. This year he is attempting to become the first player in Clemson history to letter after suffering the injury in two different seasons, in two different knees.

Bartley arrived in Clemson in the fall of 1994 and red-shirted that first season as a safety. He was listed as a reserve at the rush end position behind starter Leomont Evans, now with the Washington Redskins, and reserve Matt Reeves.

Bartley and the Tigers began spring practice the following March. During a scrimmage on March 5, 1995, Bartley suffered the first torn ACL. It was a devastating experience for the rising star and the first time in his life that he faced a major injury of any sort.

Bartley says, “That first injury was a major disappointment. It was the first time that I had a major injury. That took its toll on me. I had to talk to my mom and Coach West to get me back on track. I actually wanted to quit and go home.”

Mentally, Bartley was devastated. The injury not only kept him off the field, but it was effecting his work in the class room. It took a few talks with his mother, Lily, and Coach West to get him back on track.

“My mom reminded me that it was my dream to play football and I should stick with it and not give up so easily. ‘There are obstacles in life that you have to go through. This is just one of yours,’ she said. She told me that a lot of people would give their life to be where I am. That helped me take a step back and reflect some about what was going on.”

Familiar with Bartley’s football playing roots on a successful Southwest Dekalb team, Coach West pushed some different buttons in his advice to Bartley.

“Coach West knew about my high school program. He knew we liked to win. Winning was a part of me. He was an athlete too and he told me about some of the surgeries that he had to go through. I took all of what they said to me and tried to put it in perspective.”

Bartley’s next focus would be on getting the knee ready to play again. That would take time and be a test of self-discipline in ‘rehab’.

Bartley states, “Rehab is a four to six month battle. Everyday you argue with Danny Poole and Doc Hoover telling them you don’t want to do it. But you have to do it.”

He would miss all of the 1995 season, but came back strong after rehab in 1996. Bartley played in all 12 games, nine as a starter at outside linebacker. He recorded a total of 50 tackles on the season, ninth best on the team. It was an incredible turnaround for a player who hadn’t been on the field in a game in two years.

The 1997 season saw Bartley doing a lot of the same things. He was ranked among the Tigers’ top-10 in tackles through six games. Against Florida State he recorded a season high seven tackles and recovered a fumble.

“When they told me I had it again, I just said oh well. My mom called me when I woke up from surgery. She just told me that I had to do it again. We accepted the fact and it was not a big deal as it was the last time.”

With that in mind Bartley went back to work in the training room. The experience of his first injury served as a spring board in getting him back to health this time.

“It is hard to push yourself through rehab. I knew what to expect this time and it wasn’t as hard. The first time they had to make me do stuff like push on my leg to get it extended. I did not have to go through that this time.”

“Howard did everything he was supposed to do during rehab,” says Clemson Head Trainer Doc Hoover. “It takes time to rehab. The success of the player has a lot to do with their dedication. Howard has that type of dedication.”

“It is not hard to motivate yourself when you have missed as many games as I have missed,” said Bartley. “You want to get back, I missed the football. The second time I had the injury I was mad at first and kept asking myself why it had to be me all over again. I thought about it for a second and I realized it had to be me for a reason. I tried not to get upset about it and just get back to it. Now I am happy to be back. I am happy to be running across the field.”

Following rehab, Bartley began to focus on another goal. That goal was to add some weight to his 6-2, 195-pound frame. This goal he reached with the help of Head Strength Coach Joey Batson.

“Coach Batson made me his personal project. He wanted me to get big because he would always call me ‘sticks’. I have always weighed about 195. He stayed on me and I reached a personal goal this year when I benched 400 pounds. Now I weigh around 210 pounds.”

“I think his attitude toward strength training is the difference,” said Batson. “Howard brings a positive attitude to the weight room. Our goal was to give him muscle mass. He really followed the program closely and did not miss any workouts. That gave him some great gains.”

Thanks to the Clemson fans Bartley’s only memories of Clemson won’t be just injuries and surgeries. “I appreciate all the fans that wrote me while I was injured. I got a poem from a person about attitude. I don’t remember who it was from, but he said he read it every time he was down. I kept that poem and I read it every time I am down. Those letters just let me know that the fans were out there and that they cared. That is one of the reasons I wanted to come back.

Bartley’s message to the fans is simple. “I want people to know when I make a play, there is a big smile on my face. I am just happy to be out there because for me it was almost over.” 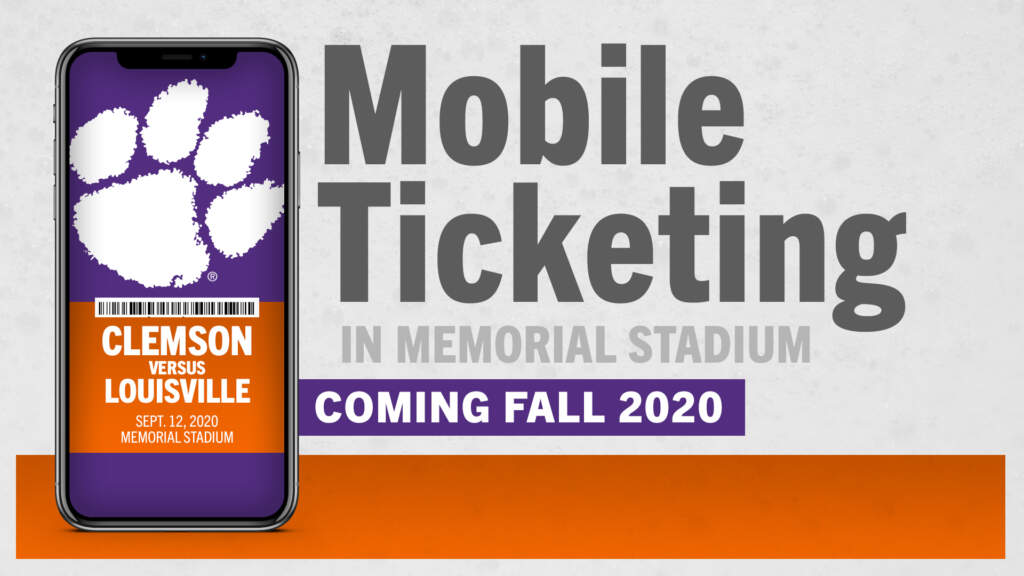 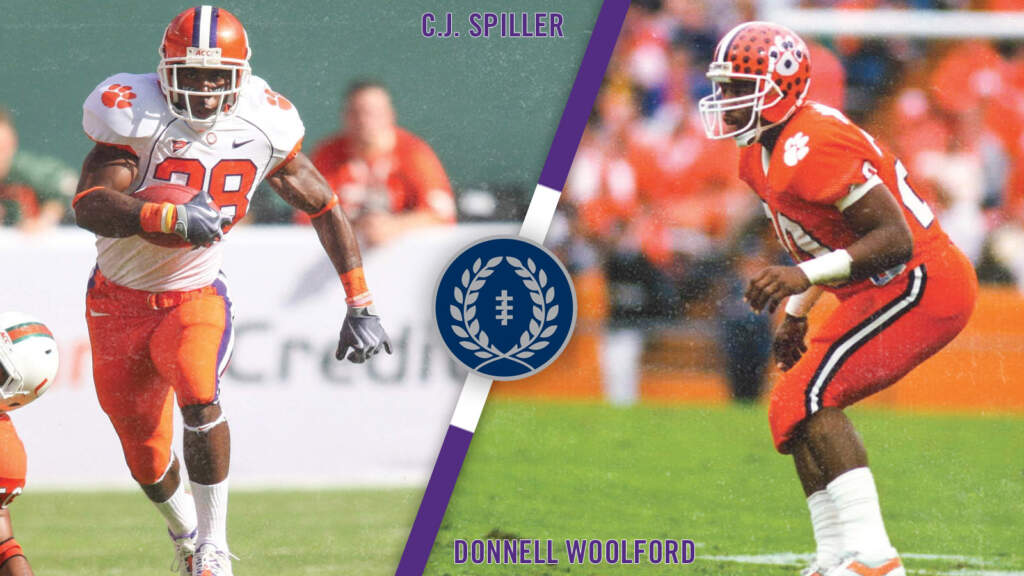 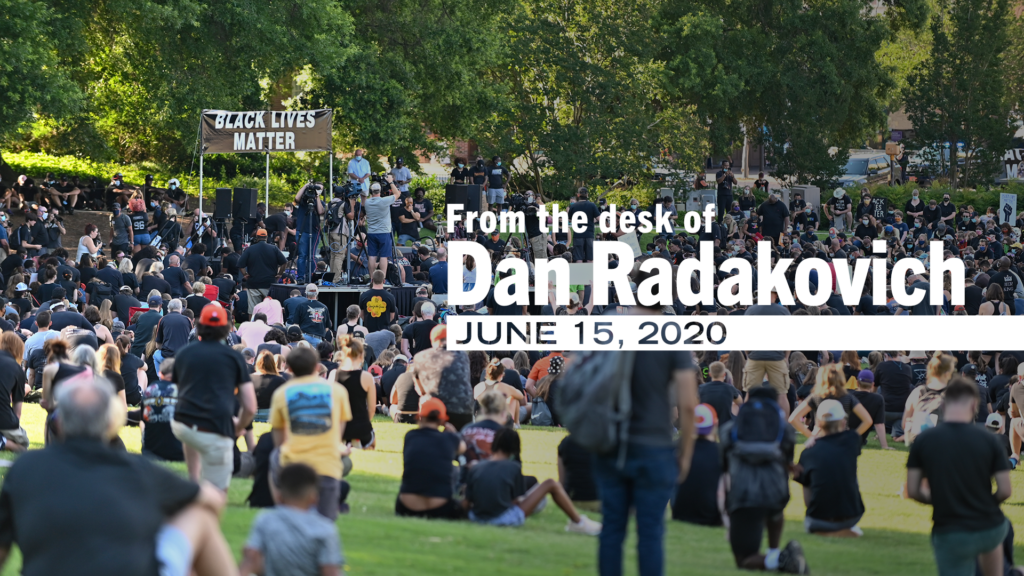