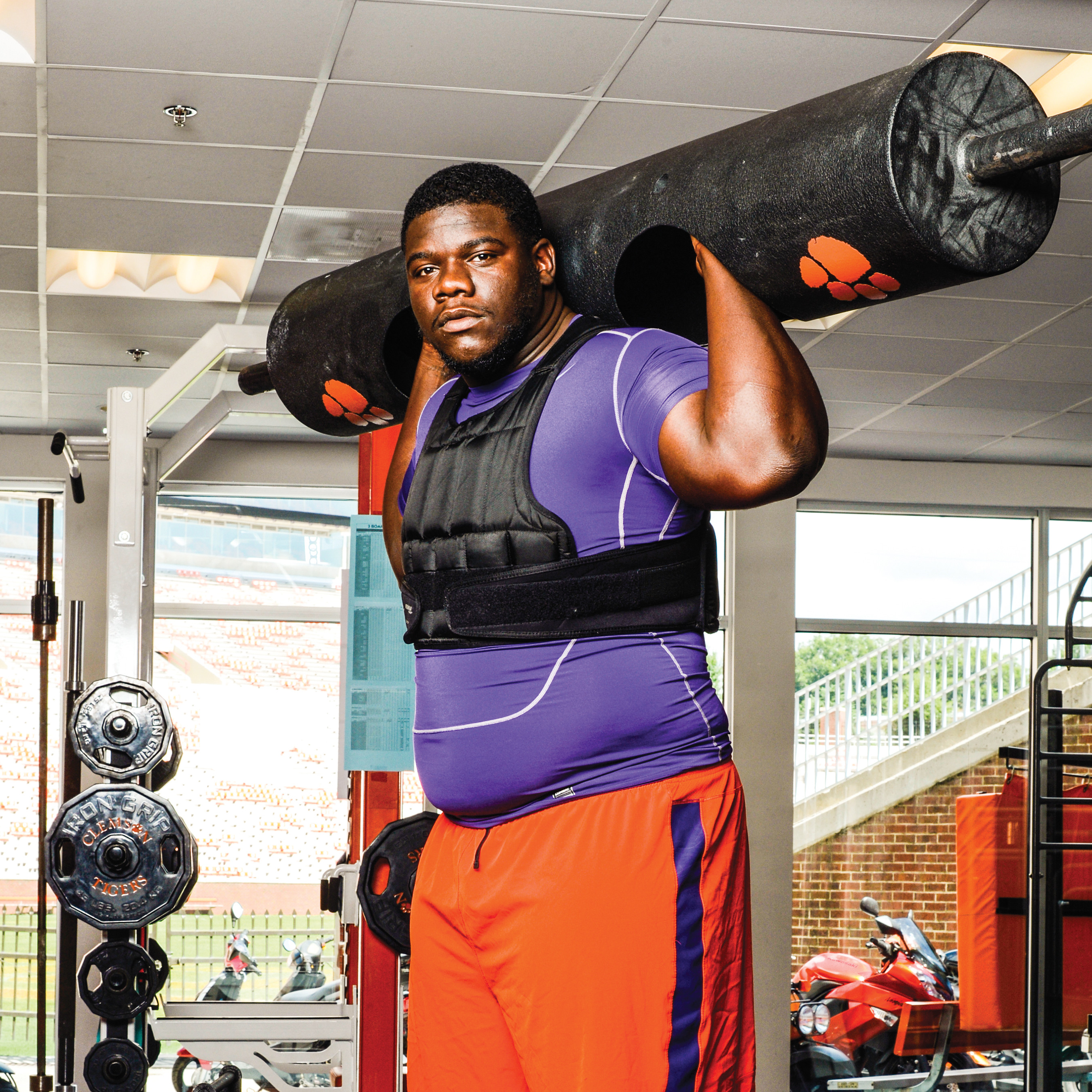 Columbus, Ga., a town along the Alabama border, is home to G.W. Carver High School, a perennial football powerhouse in the Peach State. Just 45 minutes from Auburn, many residents of the Georgia town are blue and orange Tigers. David Beasley was no different.

Highly recruited out of high school, Beasley toured Clemson, and like many recruits loved the purple and orange atmosphere. But the message conveyed by the coaching staff ultimately helped seal the commitment from the highly-coveted offensive lineman.

“They said I could come in and help the team, compete for a job and I could be the best,” said Beasley. “They would make me the best…mold me into being the best.”

After redshirting the 2010 season, Beasley played only 30 snaps over five games his first year on the field, the ACC Championship season of 2011. Despite the limited playing time, Beasley was ecstatic to see live game action.

Motivated to see more playing time, Beasley knew he must make adjustments between his freshman and sophomore seasons. So he put his trust in God’s hands.

“I just believed in God,” he said. “I redshirted my first year and then I didn’t really play much my freshman year, but I felt like I lost touch with Jesus. Having faith with the Lord was something that contributed to my success.”

Reinvigorated and playing with a new intensity, Beasley’s effort caught the attention of the coaching staff. Rewarded for his hard work, Beasley earned the starting job for the 2012 season opener.

The opponent in that opener was none other than Auburn, Beasley’s childhood dream team. His first game as a starter would be one he would never forget.

“I’ve been an Auburn fan my whole life,” admitted No. 68. “Now, my blood bleeds Clemson orange, not Auburn orange. It felt like a dream come true. I’ve been watching my dream team my whole life, and when I finally stepped on the field to start for the first time, it was against the team I loved my whole life.”

Beasley was not intimidated.

“It gave me great motivation,” he explained. “It’s not too often you get to play a team you grew up watching. It was great.”

It was also a memorable game for Beasley in the statistics department, as he recorded four knockdowns while playing 89 snaps against a talented Auburn defensive line. His impressive play in the opener helped solidify his starting status, a title he did not relinquish the remainder of the season.

The 2012 season began in the Georgia Dome, and after a 10-2 regular season, the Tigers were invited back there to participate in the Chick-fil-A Bowl against a different Tiger team, this time No. 7 Louisiana State. The SEC Tigers were touted as having one of the top defensive lines in the nation and would be a tough hurdle for any offensive line.

The line played one of its best games of the season, affording Tajh Boyd and the rest of the offense enough time to operate. It also allowed for a memorable fourth-and-16 conversion and a last-second field goal in Clemson’s dramatic 25-24 triumph.

Beasley was a stalwart on the offensive line in 2013, as the offense continued to post record numbers that included a victory over No. 5 Georgia, his home-state team. The Tigers finished the season 11-2, which included a BCS bowl win over No. 6 Ohio State.

As he prepared for his final season in orange and purple, Beasley decided he wanted to make adjustments in order to play at his optimal level. While his talent and work ethic were there, he decided to make a more spiritual adjustment.

“Get closer to the Lord…that’s something you have to do,” stated Beasley. “That’s something I step back away from once in awhile as the season goes on, but this season, I’m trying to stay focused on the Lord and He’s going to bring me through it.

“I’ve got the talent, I’ve got the ability, they’re working me out…all I have to do is trust in the Lord.”

The fifth-year senior has played well to begin the 2014 season, but with eight regular-season games remaining, Beasley still has several goals he hopes to accomplish the remainder of the year.

With his college career coming to a close, Beasley has begun to focus on his future, which may include professional football. Beasley cites his ability to juggle school and football as one of the reasons he will be successful, whether that means a weekday job or one that involves Sundays in the fall.

One thing Beasley is certain of – whatever success he has will be dedicated to God and his family. He hopes he can use his talents to improve the lives of the people he loves.

“I want to change life for my family,” said Beasley. “They raised me to be a great person and I think they deserve it. I love them and appreciate the time they had for me to get through here.”

His parents will be attending the South Carolina game and Beasley knows that as he stands at the top of the Hill for the final time, it will be a bittersweet experience. The memories will flood his mind as he contemplates all the experiences both on and off the field that have made him the man he is today.