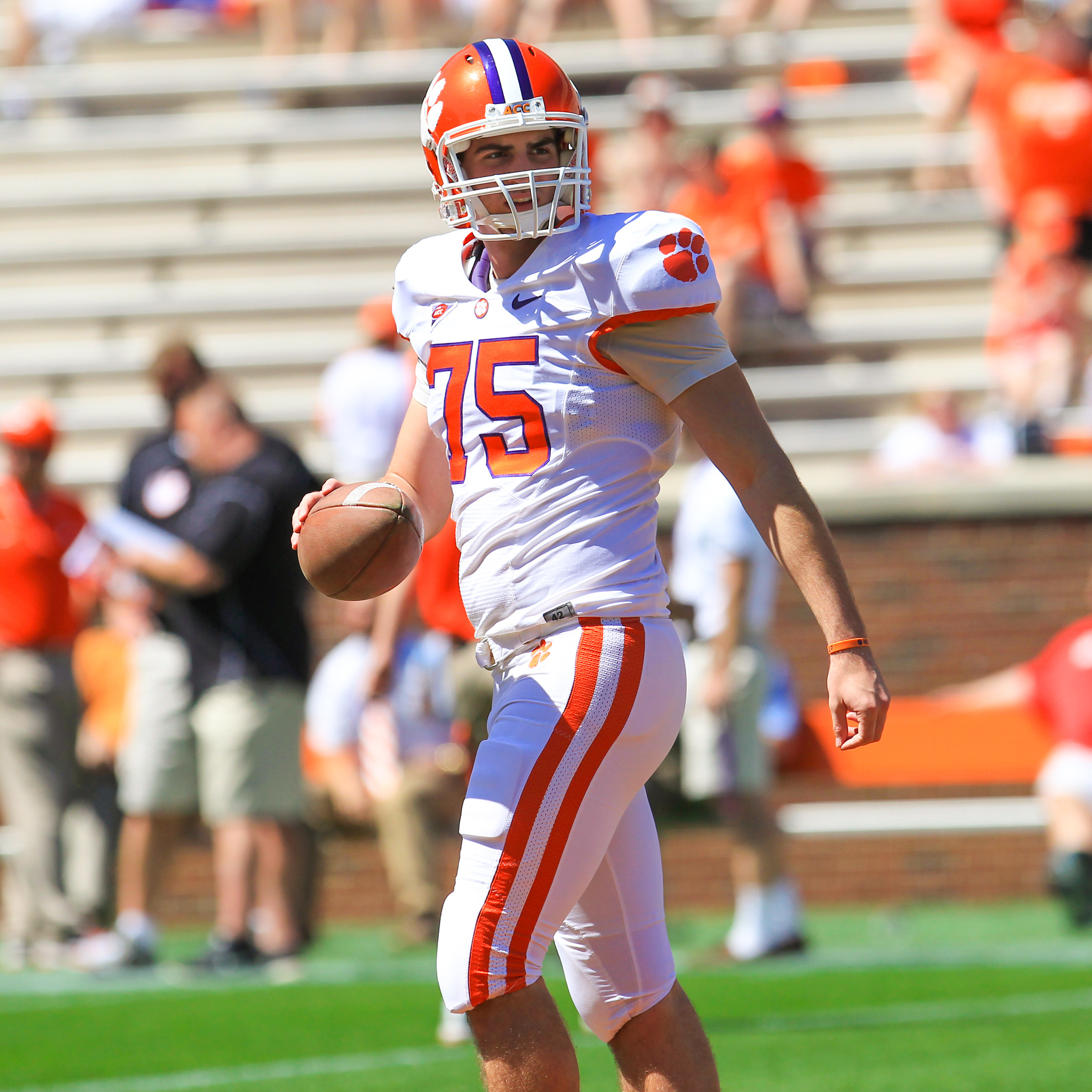 Each morning when Clemson senior long snapper Michael Sobeski awakes, he casts an eye to his bedroom wall for a reminder. Typed on a simple piece of computer paper tacked above his bed, complete with faded Tiger Paw background and purple font, Sobeski’s favorite mantra sets the tone for another day, another opportunity.

The Essence of a New Day“This is the beginning of a new day. God has given me this day to use as I will. I can waste it or use it for good. What I do with today is important because I am exchanging a day of my life for it. When tomorrow comes, this day will be gone forever, leaving in its place something I’ve traded for. I want it to be gain, not loss; good, not evil; success, not failure. In order that I shall not forget the price You paid for me. Cause the future is just a whole string of nows!”

For Sobeski, this short statement is not just the essence of a new day, it’s the essence of how he lives his life. For those who know the unassuming long snapper, this mentality of gratitude for each new day shines through in everything he does, from his work ethic on the football field to study sessions in Riggs Hall preparing for engineering exams.

As a young boy, Sobeski had always dreamed of following in the footsteps of his parents by attending West Virginia. Ultimately, circumstances opened another path that led Sobeski to Clemson.

“I knew I wanted to major in engineering,” said Sobeski. “If you’re a South Carolinian, you go to Clemson for engineering. The program is one of the best in the country, and academically Clemson made sense.

“My older sister, Hannah, also influenced my decision. She loved Clemson more than anything and dreamed of being a Tiger. Hannah made Clemson No. 1 in my heart.”

Diagnosed with a rare form of sarcoma cancer, Hannah battled courageously for months before passing on during her senior year of high school, her dream of attending Clemson never achieved. With her passing in 2006, Sobeski became determined to pick up where her dream left off, and in the fall of 2010, he stepped foot on campus as a freshman.

Living each day for Hannah, he promised to give his all, taking each day as a gift. With his own dreams of earning an engineering degree, another desire burned within his heart – the desire to become a Tiger football player.

“I wanted to give football a shot,” said Sobeski. “I had a pretty good high school career. Somebody has to be the snapper at Clemson. Why not me?”

With every punt, field goal and PAT, the ball starts in Sobeski’s hands. His steady snapping has helped lead Clemson placekickers to national award lists such as the Lou Groza Award and Ray Guy Award. Excelling on the field and in the classroom, Sobeski is also a two-time All-ACC Academic Honor Roll member. However, perhaps his most special moment came in the 2012 Chick-fil-A Bowl victory over No. 7 Louisiana State.

“I will always remember that night in Atlanta,” said #75. “When it came down to that final kick with Chandler (Catanzaro), I realized that if I messed it up, a lot of people were going to be pretty unhappy with me.

“You have to learn to laugh the pressure off and trust in the work and preparation you’ve put in for each moment. When that kick went through the uprights, it was a feeling I’ll never forget.”

Sobeski will graduate in December with a mechanical engineering degree. Engaged to his long-time girlfriend, Emily Bowie, they will marry in March and begin a new and exciting journey.

“I’ve been blessed to share my Clemson experience with my fiancé, and I’m looking forward to beginning my life with her and starting a career in engineering,” smiled Sobeski. “When I walk across that stage at graduation, I’ll be reminded that I’ve been given a chance to be a student at an institution my sister deserved to attend.

“I’ve gotten to live that dream instead and live it out more than I could have ever imagined as a Clemson football player. I take it upon myself to not just represent Hannah, but to represent all those in the Clemson Family who were never able to realize their dreams.”