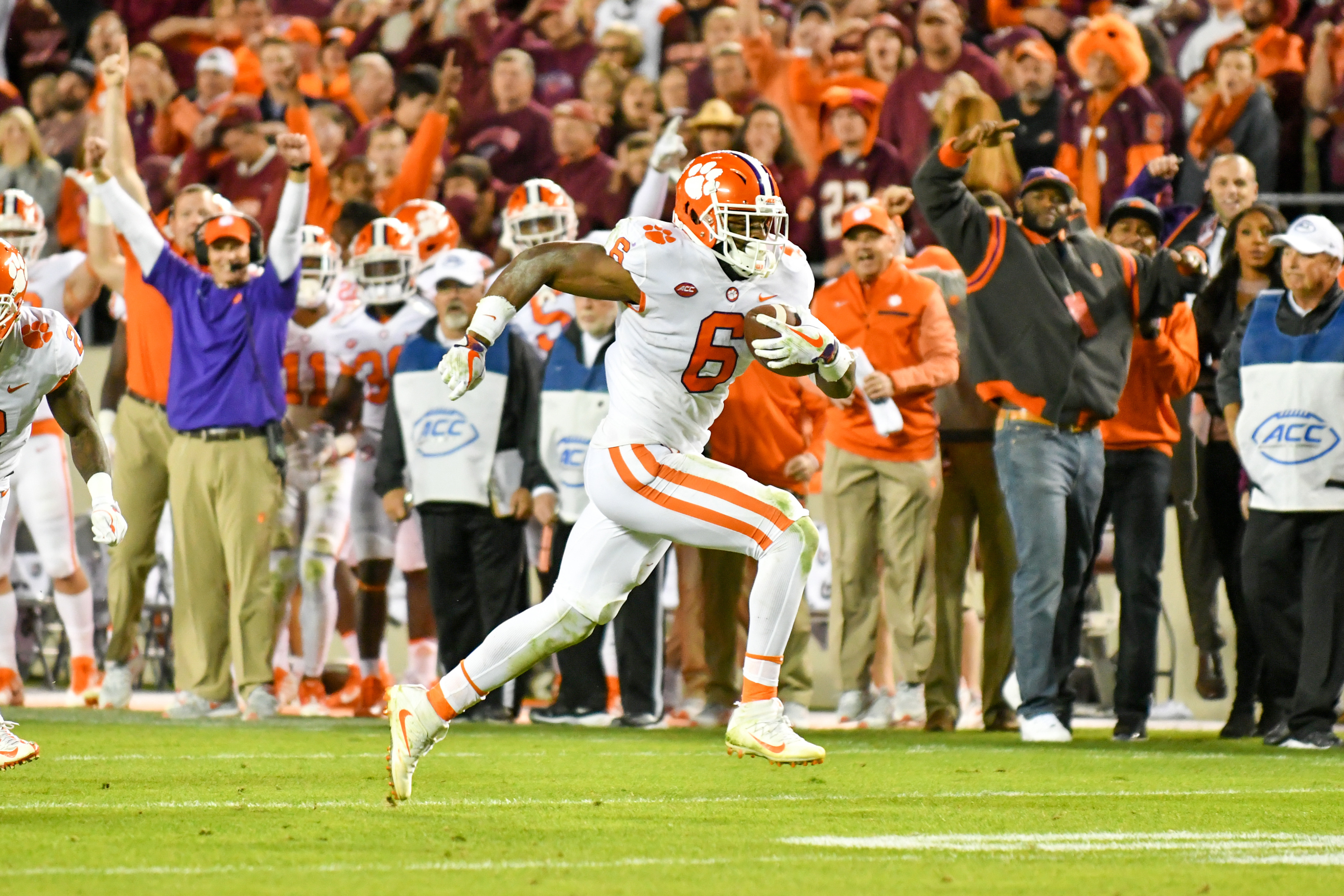 Clemson, S.C.—Clemson linebacker Dorian O’Daniel has been named one of 15 semifinalists for the Dick Butkus Award. The Butkus Award is presented each year to the top linebacker in college football.

So far this year O’Daniel leads the Clemson team in tackles with 72 thanks to 49 first hits and 2 assists. He has 8.5 tackles for loss and five sacks.   He also has two interceptions that he has returned for scores, the only linebacker in Clemson history with two “pick sixes” in the same year.

O’Daniel was named National Defensive Player of the Week by the Football Writers Association for his performance against Virginia Tech when he had a interception return for a score and led the Tigers in tackles with 14, including a sack.