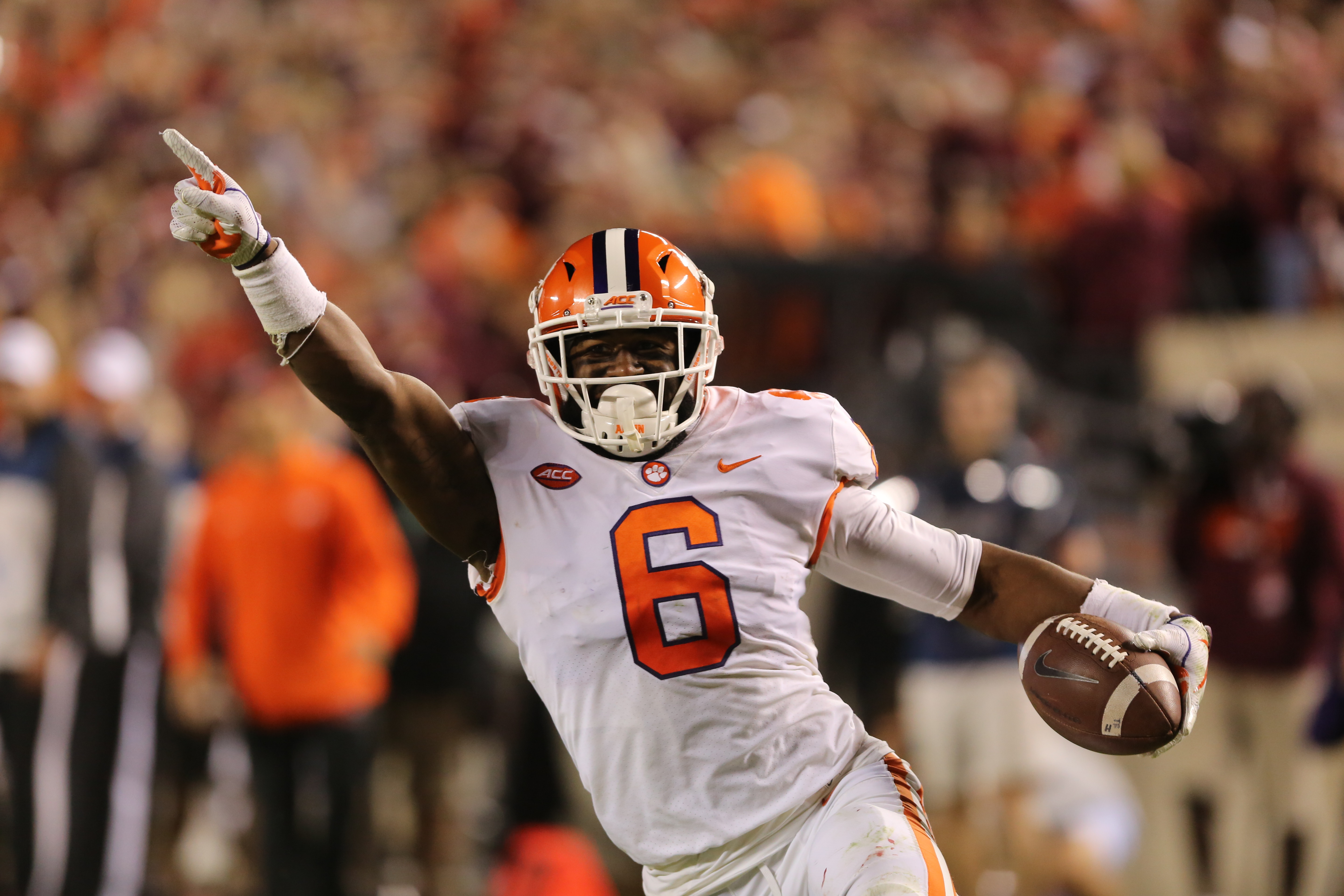 DALLAS (FWAA) –  Linebacker Dorian O’Daniel has been a mainstay for Clemson’s dominant defense this season, and had his most complete game of the year as the 2nd-ranked Tigers stayed unbeaten with 31-17 win at No. 12 Virginia Tech last Saturday evening. With 10 tackles, a sack, a fumble recovery and a 22-yard interception return for a touchdown, he earned FWAA/Bronko Nagurski National Defensive Player of the Week honors for the week of Sept. 30.

The performance by the 6-2, 215-pound graduate student and three-year letterman from Olney, Md., helped extend Clemson’s lead twice in the game. His fumble recovery in the third quarter led to a Clemson touchdown and a 24-3 lead, and after Virginia Tech pulled back to within two touchdowns, O’Daniel’s pick-six in the fourth quarter thwarted any comeback hopes for the Hokies.

For the season, O’Daniel leads Clemson in tackles with 42, has five tackles for loss, 2.5 sacks, two interception returns for scores and a fumble recovery. In consecutive road games against top-15 opponents, O’Daniel has returned interceptions for touchdowns, the other coming on a 44-yard return in Clemson’s win at then-No. 14 Louisville on Sept. 16. He is the first linebacker in school history to return two interceptions for touchdowns in a season, and is the school’s first defensive player regardless of position to have two interception returns for scores in a year since 1990.

The FWAA All-America Committee, after voting input from the association’s entire membership, selects a 26-man All-America Team and eventually the Bronko Nagurski Trophy finalists. The committee members then select the winner as the best defensive player in college football.