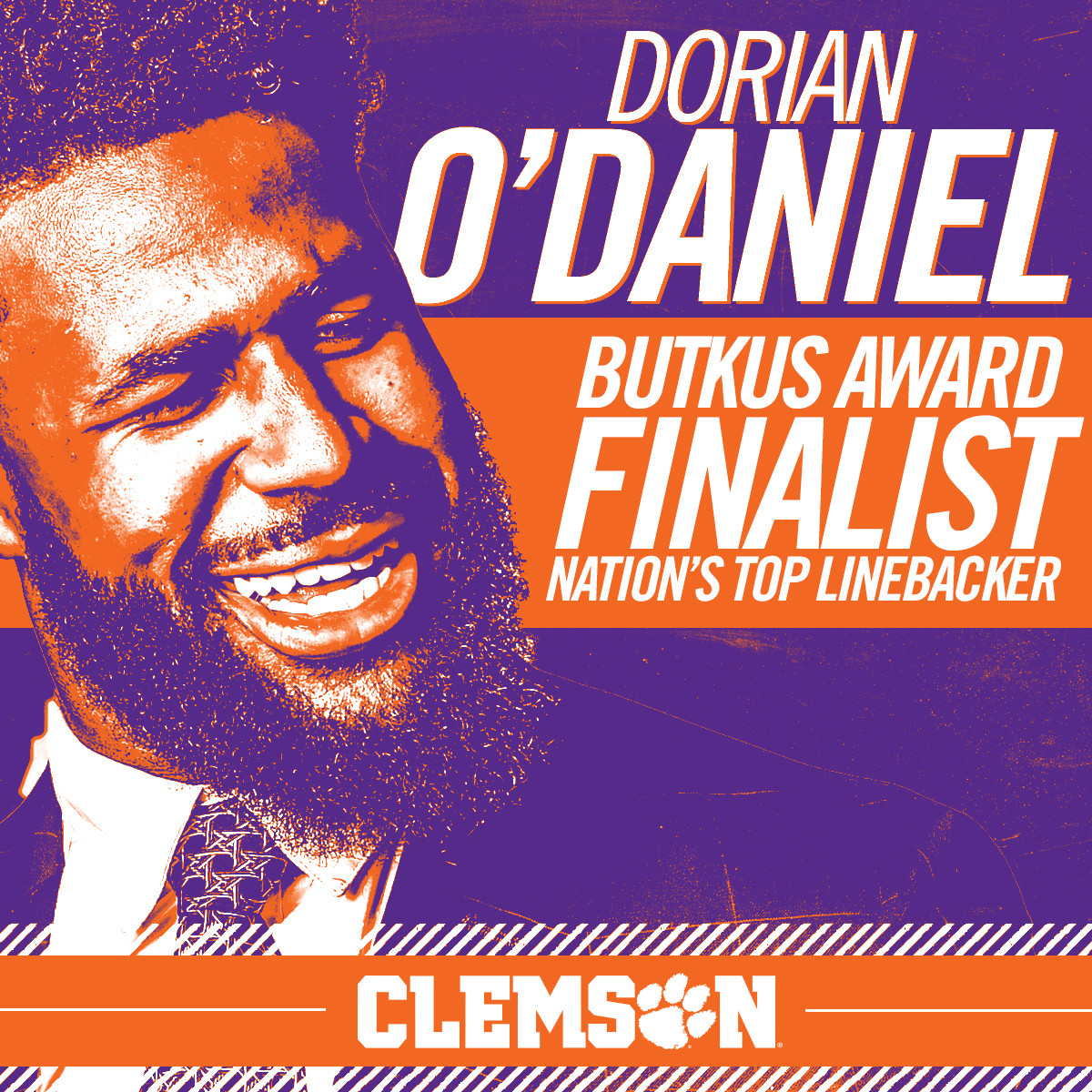 Clemson, S.C.—Clemson linebacker Dorian O’Daniel has been named one of five finalists for the 2017 Butkus Award. The award, named in honor of former Illinois All-American and All-Pro Dick Butkus, is presented to the top linebacker in college football.

O’Daniel is the fourth Clemson linebacker to be named a finalist for the award, which began in 1985. The previous three Clemson finalists were Levon Kirkland (1990), Ed McDaniel (1991) and Keith Adams (2000). No Clemson player has won the award.

The other finalists are Devin Bush of Michigan, Tremaine Edmunds of Virginia Tech T.J. Edwards of Wisconsin and Roquan Smith of Georgia.

O’Daniel is Clemson’s leading tackler with 90 stops so far this year, 21 more tackles than any other Tiger. He has led Clemson in tackles in four of the 11 games played so far, including wins over Auburn (15), Virginia Tech (14) and Georgia Tech (11).

Clemson is ranked fourth in the AP poll and third in the USA Today Coaches poll this week with a 10-1 record. The Tigers were second in the College Football Playoff Poll last week.