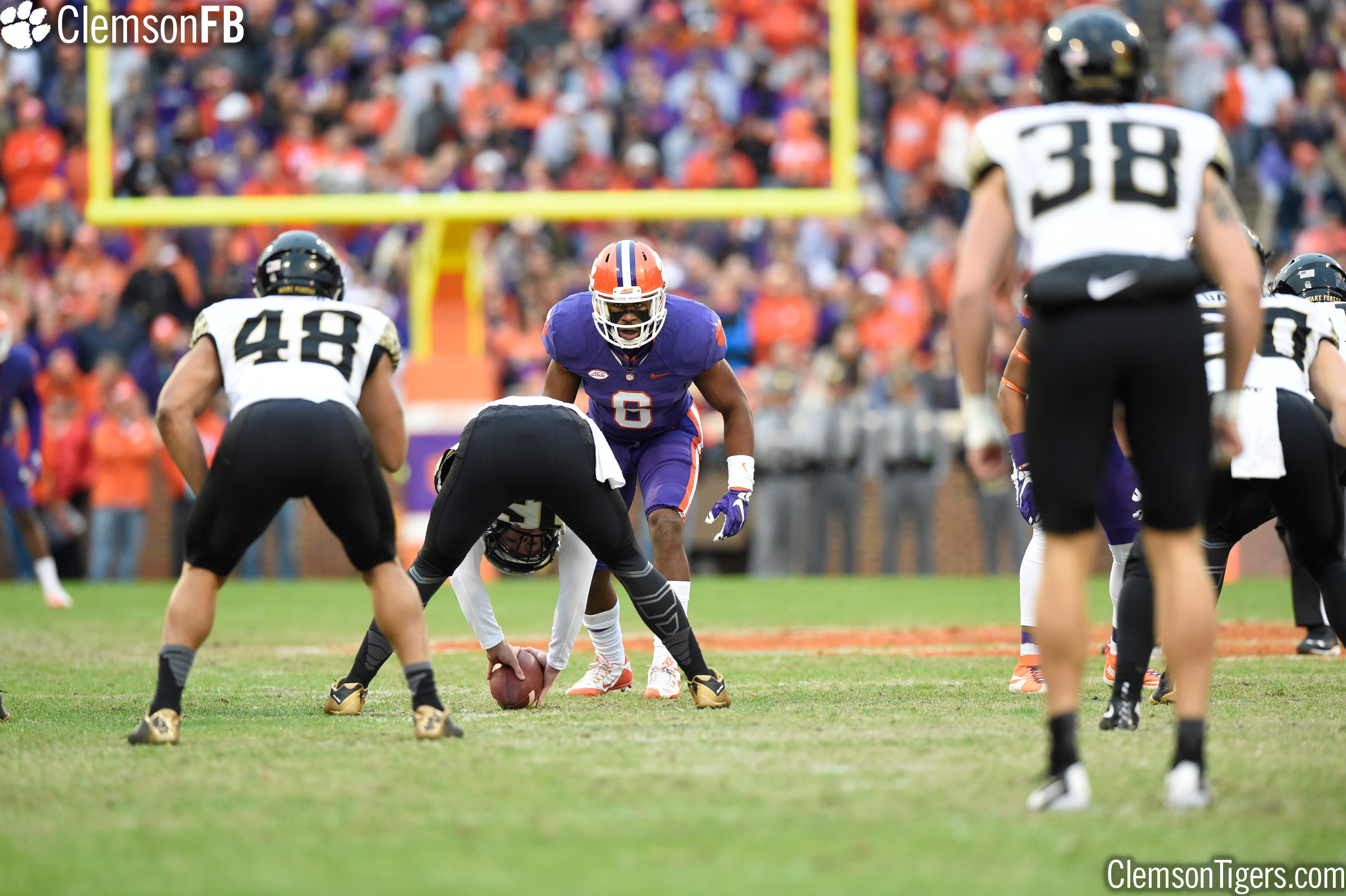 Clemson, S.C.—Dorian O’Daniel was named ACC Linebacker of the Week on Monday for his play at Virginia Tech last Saturday night. O’Daniel was a big reason Clemson defeated the 12th ranked Hokies, 31-17. It was Clemson’s fifth straight win to open the 2017 season, the third against a top 15 team.

For the season, O’Daniel leads Clemson in tackles with 42, has five tackles for loss, 2.5 sacks, two interception returns for scores and a fumble recovery.