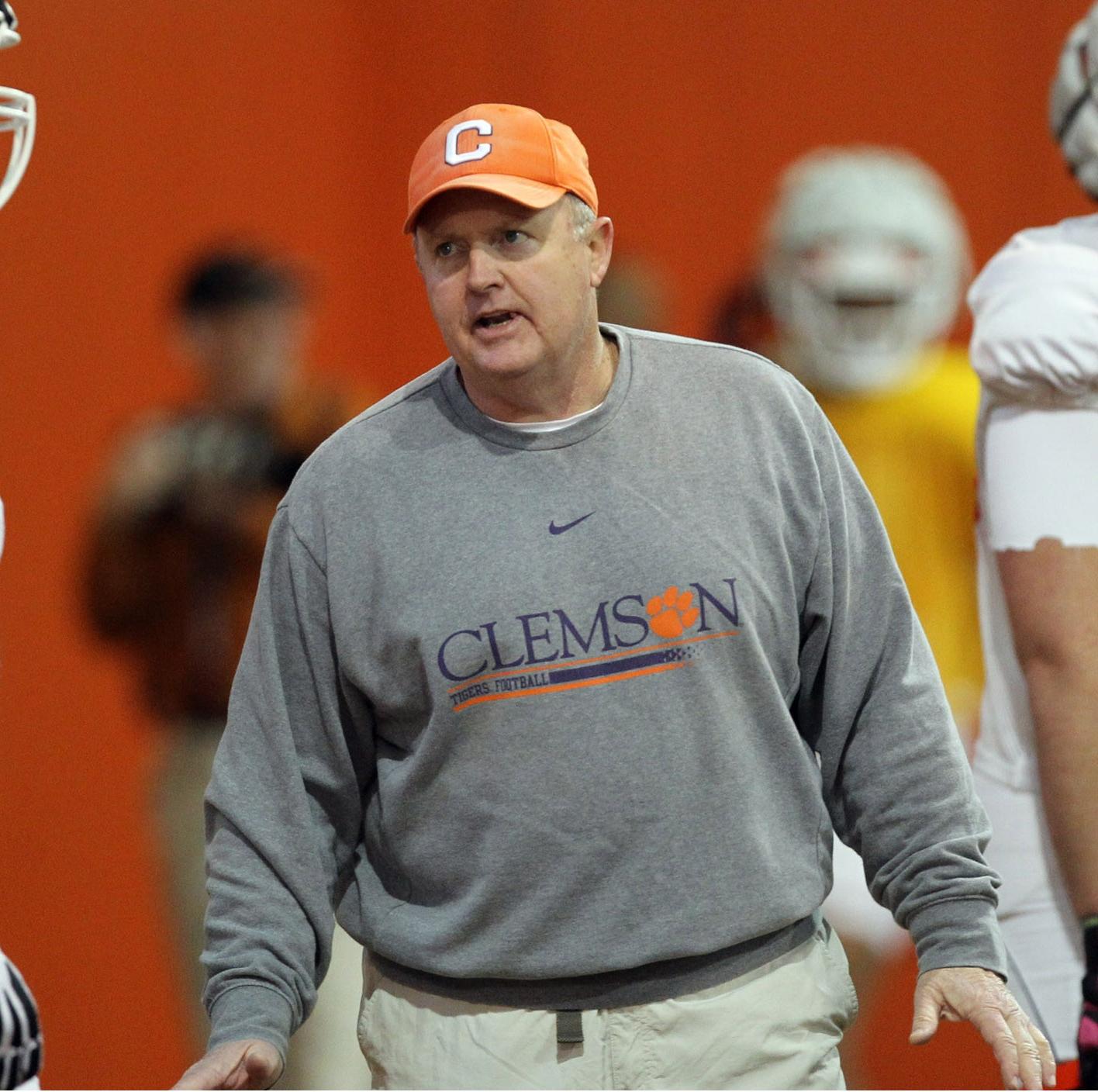 O-Line Continuity a Work in Progress

Dabo Swinney was asked by a member of the media Tuesday at his weekly press conference to identify Clemson’s five best offensive linemen. After rattling off a few names, the Tiger head coach steered his answer in a different direction.

“I think Robbie Caldwell is the coach of the year,” he said, referring to the Tigers’ veteran line coach and the year-long puzzle he has had to put together this season. “He’s done a tremendous job cross-training guys.”

From injuries to discipline issues, Caldwell’s unit has been the gridiron version of musical chairs. Four players from the team’s pre-August camp two-deep — Isaiah Battle, David Beasley, Joe Gore and Jay Guillermo — have missed at least one game. A fifth, tackle Shaq Anthony, transferred before the close of camp.

“From injuries to the different issues we’ve had, it really has been tough,” he said. “It’s making the players stronger, and they’re learning. It’s made me a lot more patient.”

That patience has paid off for a Clemson offense hoping to find its stride over the final four games of the season, starting Thursday at Wake Forest. The Tigers, 6-2 on the season and winners of five straight, take on the Demon Deacons with yet another shuffle up front.

Swinney announced Tuesday that the unit’s Mr. Versatility, Reid Webster, would get the start at center against the Demon Deacons. He also said redshirt freshman Tyrone Crowder had earned the starting nod at right guard.

Caldwell couldn’t say enough glowing things about both players in his office Tuesday.

“Reid is a senior and had probably played the least amount of anyone,” he said. “But he’s always done anything we’ve asked him to do. Last time out, he played four positions including center. I venture to say not many in the country could do that. Tyrone played 62 snaps against Syracuse, and did a very good job. It’ll be hard to remove him from the lineup if he keeps coming.”

Webster isn’t the only Tiger to see action at multiple positions. Kalon Davis, the team’s starter at right guard entering the season, has also bagged starts at both tackle spots this fall. Davis is expected to start again at right tackle Thursday, a spot he claimed when Gore underwent surgery to remove his appendix in September.

Webster will be the third different player to start for the Tigers at center. Prior to him, junior Ryan Norton and sophomore Jay Guillermo both took turns snapping the ball. But Guillermo went down with a broken foot in the Louisville game and has been on the shelf since.

“What hurts is the continuity of it all,” Caldwell said. “That’s supposed to be one unit. Instead of five cylinders hitting, we have four.”

Swinney and Caldwell both hope the line’s run of tough luck has reached its end. Despite the constant shuffling and cross-training, the line has pieced together some key drives at opportune times during the five-game streak. In the win over Louisville, the Tigers put together a 12-play, 68-yard scoring drive to go up by six with 1:24 to play. Of course, that forced the Cardinals to try for a touchdown, where they ultimately came up short on fourth-and-goal.

In the fourth quarter at Boston College, Caldwell’s bunch paved the way for a 32-yard C.J. Davidson touchdown that proved to be the winning score. And last time out, the Tigers possessed the ball for the final 8:17 of clock time to secure the 16-6 win over Syracuse.

“That part’s been fun,” Caldwell said. “It’s been intriguing to see how far they’ve come.”