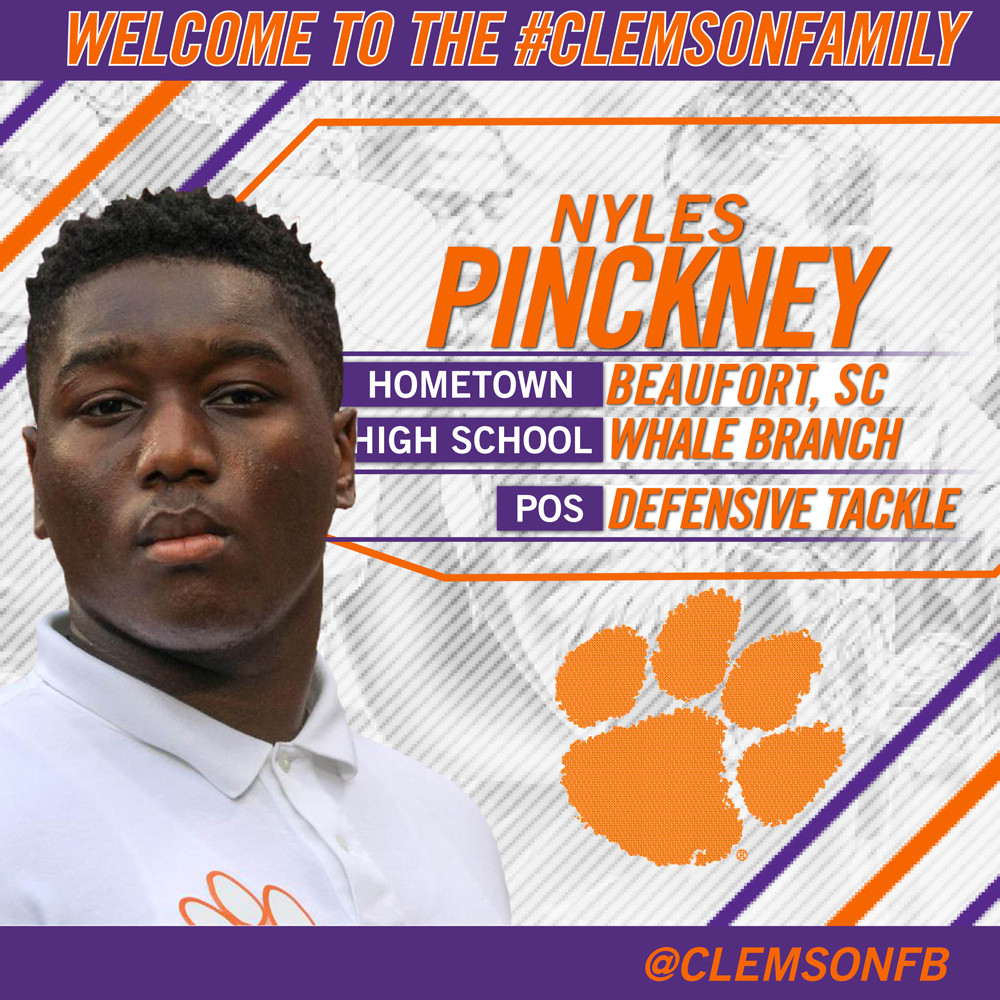 Clemson, S.C.—Nyles Pinckney, a defensive lineman from Whale Branch High School  in Seabrook, S.C., has signed a Financial Aid Agreement with the Clemson football program.  He plans to enroll at Clemson in January of 2016.

Pinckney is a consensus four-star, national top 300 recruit and is ranked among the top four players in the state of South Carolina by ESPN (2), Rivals (3) and 247 Sports (4).  He is  listed as one of the top 15 defensive tackles in the nation by Rivals.com.

Pinckney is in his fourth year as a starter for Whale Branch High School.  In 2014 he had 98 tackles, including 27 tackles for loss, nine of which were sacks.  He also blocked three field goals, had 10 caused fumbles and eight fumble recoveries.

As a sophomore he had 76 tackles, including 26 behind the line of scrimmage, four of which were sacks.  He also had two blocked punts, an interception and scored two touchdowns on defense.

As a freshman in 2012, Pinckney accumulated 91 tackles, 16 of which were tackles for loss.  Seven of those stops were sacks.

Pinckney is the third member of the 2016 freshman class  to sign a Financial Aid Agreement with plans to enroll at Clemson in January. The others are Tre Lamar of Roswell, Ga., and Sean Pollard of Southern Pines, N.C.