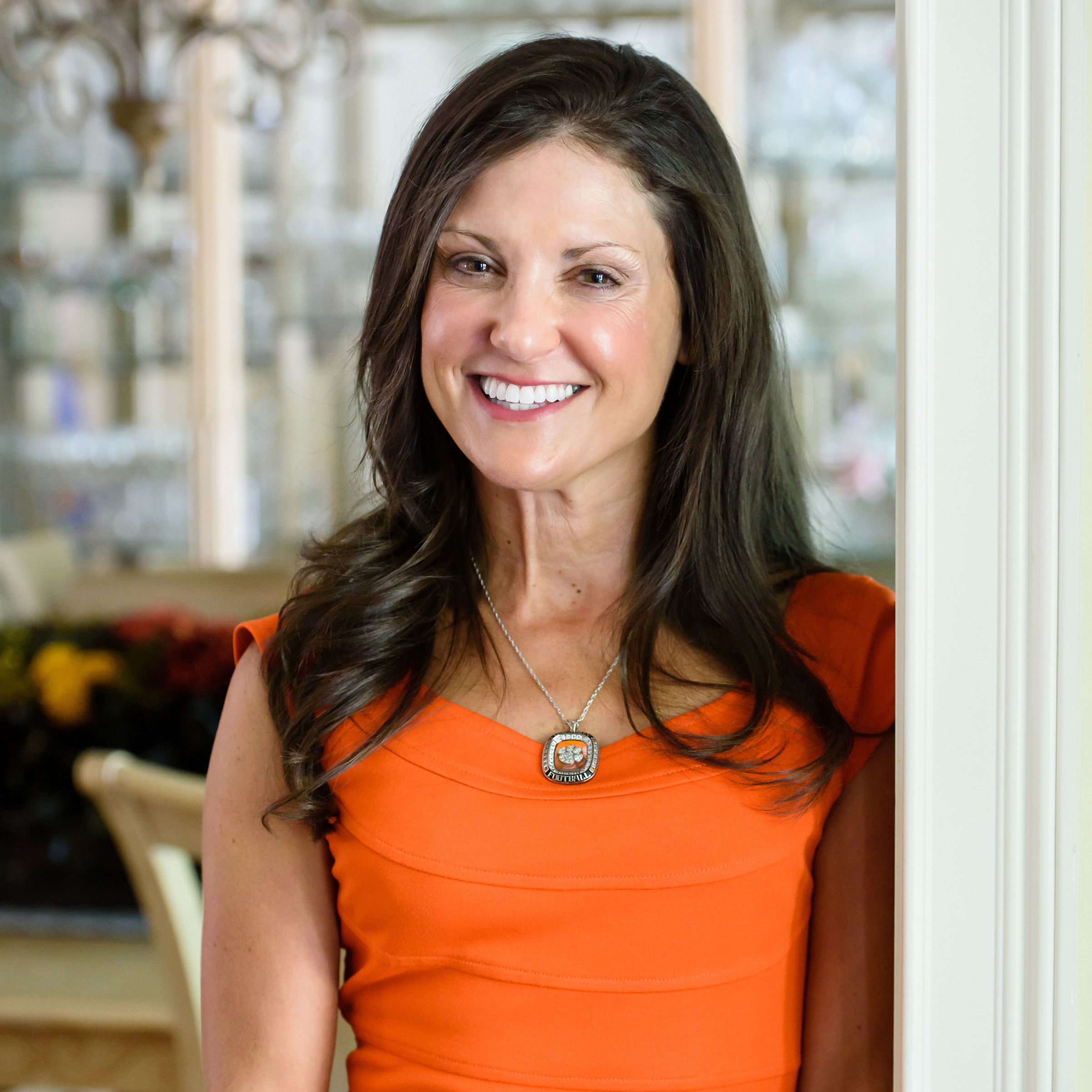 A framed picture of Dabo and Kathleen Swinney together from a Riverchase Middle School dance in Pelham, Ala., sits proudly atop a desk in the living room of their house in Clemson.

More than 30 years have passed since the photo was taken, but it serves as a daily reminder for a couple who describe their life together, which began years before the dance, as a blessing.

“I met Dabo when I was in first grade and he was in second,” said Kathleen. “I really can’t remember my life without him.”

The two shared plenty of memories growing up together in the suburbs of Birmingham. Kathleen vividly recalls serving on the safety patrol as a fifth grader, something her husband did a year prior. The two served together on the student council in middle school. Kathleen remembers cheering for Dabo and his teammates at Riverchase basketball games.

“Back then, $20 could get you through the entire night,” she said. “Dabo said it was the first time he’d heard the term ‘fried cheese.’ Now people call them mozzarella sticks, but growing up I always called it fried cheese. I ordered fried cheese and water. That was my dinner. I’m sure he remembers thinking, ‘What is she ordering? But hey, it’s only $3!’

“It’s so funny, because I’ll ask our boys’ friends today if they want fried cheese and they don’t know what I’m talking about. We went next door and saw Summer School, but about halfway through I leaned over and told him, ‘I have to be home at 11.’ So we had to leave early…I had no idea how long the movie would last.”

Dabo walked on to the Alabama football team after graduating from Pelham High School in 1988. Kathleen followed suit by heading to Tuscaloosa a year later.

The two made it through four years together at Alabama, finished undergrad in 1993 and married a year later.

“Dabo was getting his MBA and worked as a graduate assistant for coach (Gene) Stallings,” stated Kathleen. “I was getting a master’s degree in education and we lived in Tuscaloosa. It was really good.”

Kathleen received her first taste of being a coach’s wife in Tuscaloosa. She developed a love for baking after following the model used by Ann McCorvey, the wife of Dabo’s position coach, Woody McCorvey. When Dabo was the graduate assistant in charge of the scout team, she would bake cookies for the players on Thursdays before the games. The tradition continues to this day in Clemson, where she bakes goodies for the seniors now that her husband no longer coaches a position group.

She even traveled with her husband the final week during recruiting periods when Swinney first became a full-time assistant.

“I was like his traveling secretary,” she said. “It was before cell phones and social media. We’d sit in a hotel and plan out his day. I’d go with him and we’d check off names. Sometimes he told me that he’d be in a particular school for an hour, so I’d find the track at the high school and meet him back at the car. I had a love for it, and totally get the recruiting process. But when we had the boys, I had to stop going. Those were special times.”

Following a few years out of the coaching profession, Dabo re-emerged in 2003 when then head coach Tommy Bowden brought him to Clemson to coach the wide receivers.

Kathleen said at first she could not believe how small the Clemson community was, even as someone who grew up in Pelham.

“I remember thinking, ‘Where’s Target?’,” she laughed. “It’s the best place in the world. It’s so peaceful. We’ll go to Birmingham for Christmas, and we’re itching to get back to Clemson after a couple of days. At first it felt a little small, even coming from Tuscaloosa. But now, less is more. It’s awesome.”

The Swinneys have raised all three of their children, Will (18), Drew (16) and Clay (13), during their time together in Clemson. Not only have Dabo and Kathleen raised their family here, the two have used his platform as one of the nation’s most popular coaches to raise money for a plethora of charitable endeavors.

Dabo’s All In Team Foundation was formed shortly after he took the reins as Clemson’s head coach, and the non-profit chose to focus on specific areas, breast cancer research, the Family Effect, ClemsonLife, Call Me Mister and most recently elementary-aged literacy programs.

The first focus area has received the most attention, and understandably so. Their lives have been impacted by cancer. In April 2014, Kathleen lost a sister, Lisa Lamb, after a second bout with the disease.

“A big portion of our All In Foundation goes to support breast cancer research,” said Kathleen. “We’re helping fund a machine this year at St. Francis Hospital in Greenville that will help. This machine will show a radiologist a closer, more invasive look. I got it approved through our foundation board, and it’s been ordered this fall. If cancer comes when you’re young, there’s a greater chance of it returning. It’s so unexpected. This machine is geared toward helping younger women, like my sister.”

Dabo and Kathleen have helped raise over $500,000 toward breast cancer research. Kathleen discovered in 2005 that she carried the same gene that affected her sister, Lisa, who developed breast cancer two years prior. Kathleen underwent a double mastectomy to be proactive as it related to the cancer.

“Dabo and I believe that if he’s got this type of platform, and we can use it to help people, why not do it? Our foundation pays for the costs of running our events, such as the All In Ball and Ladies Clinic, but outside of that, all proceeds are directly going toward our charitable efforts.”

Kathleen does not take her own platform for granted. When she looks at the framed picture from the Riverchase dance in her living room, she cannot help but think of how blessed she and her husband have been.

“It makes me want to cry. This community has been such a blessing. My boys love it here and have grown up here. It’s true…there’s no place like Clemson.”