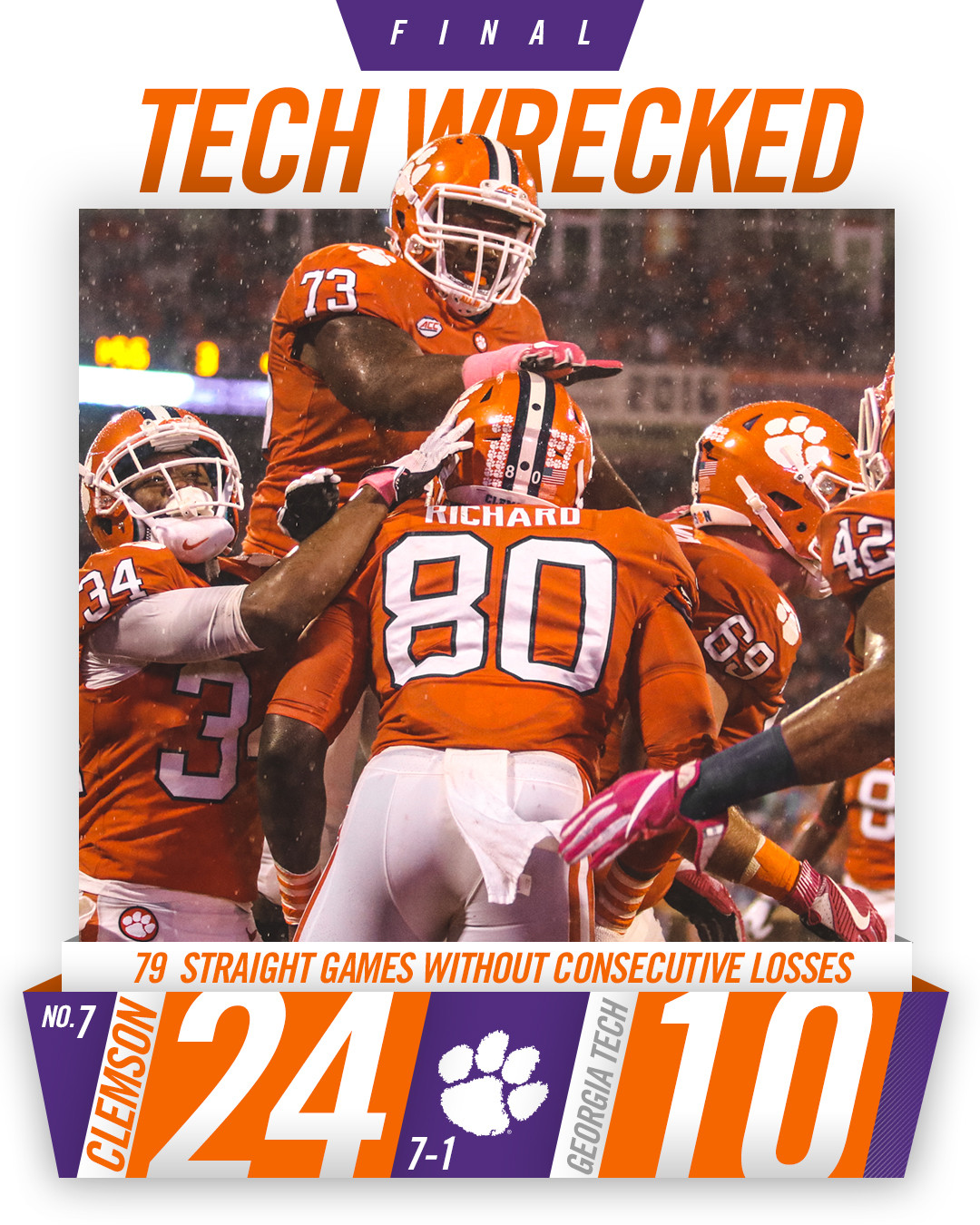 CLEMSON, S.C. – The No. 7 Clemson football team picked up its 300th all-time win in Death Valley on Saturday, defeating the Georgia Tech Yellow Jackets by a score of 24-10. With the win, Clemson improved to 7-1 overall and 5-1 in the ACC, while Georgia Tech fell to 4-3 on the year and 3-2 in conference play.

Offensively, the Tigers were led in both rushing and passing by quarterback Kelly Bryant, who ran for 67 yards on 12 carries and threw for 207 yards and two touchdowns on 22 completions. The Clemson defense, who held the Yellow Jackets to negative passing yardage until late in the fourth quarter, totaled 11 tackles for loss by eight different players.

The Tigers jumped out to an early 7-0 lead just two minutes into the game after Van Smith recovered a Georgia Tech fumble on the Yellow Jackets’ first drive, and Bryant connected with Deon Cain for a 38-yard score two plays later. Georgia Tech cut into the Tigers’ lead with five minutes remaining in the first quarter on a 25-yard Brenton King field goal, set up by a KirVonte Benson 65-yard run earlier in the drive. Milan Richard hauled in a 20-yard touchdown pass three minutes later to put the Tigers up 14-3.

Clemson scored the only points of the second quarter with just over three minutes left in the half when Travis Etienne punched in the endzone from two yards out, and the Tigers took a 21-3 lead into the break.

An Alex Spence 29-yard field goal made up the only points of the third quarter, and a TaQuon Marshall 22-yard touchdown run with just under five minutes left in the game rounded out the scoring.

Clemson goes on the road for a matchup with the No. 14 NC State Wolfpack at Carter-Finley Stadium in Raleigh, N.C., next Saturday at 3:30 p.m., on ABC.