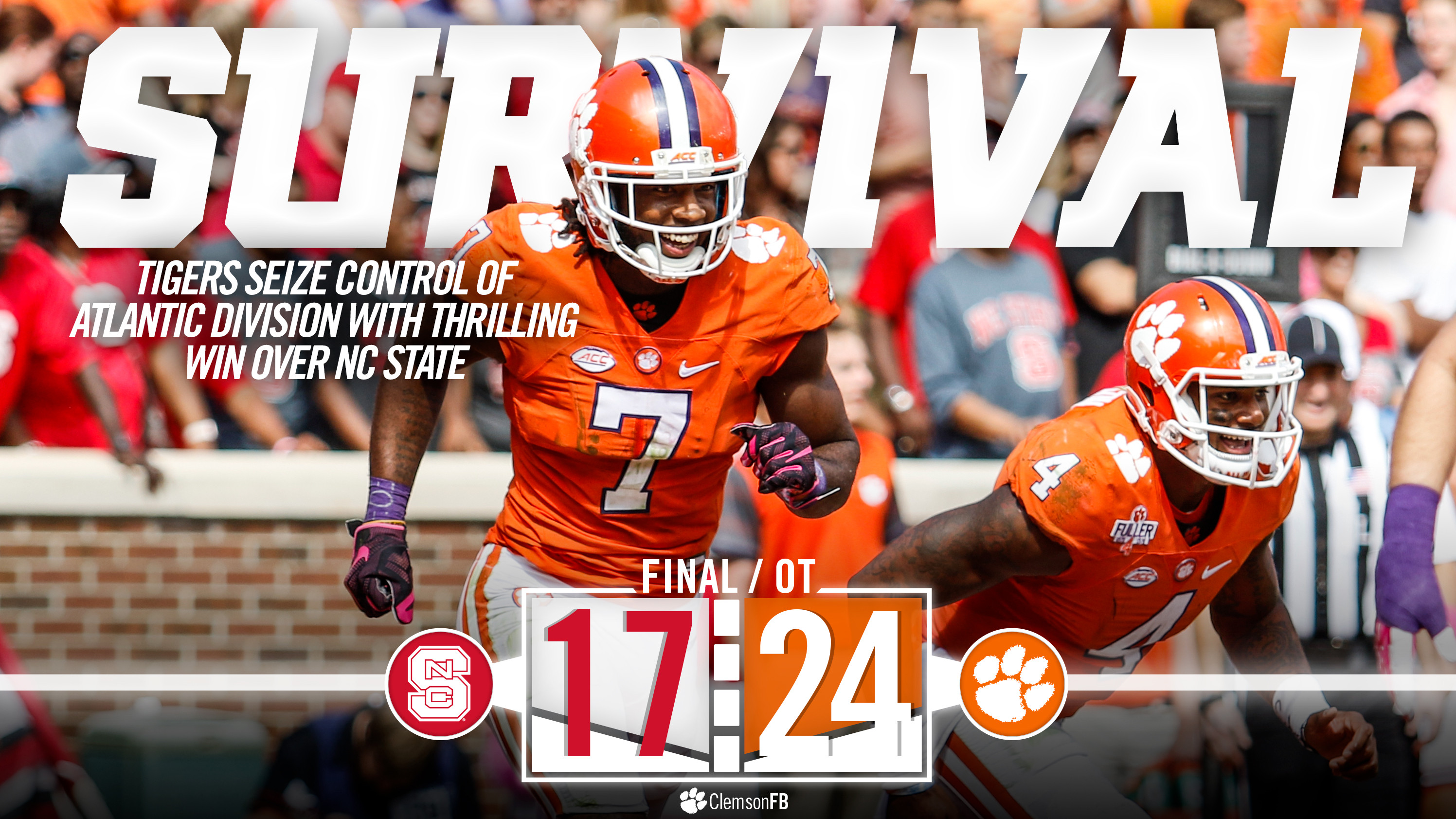 CLEMSON, S.C. – No. 3 Clemson, specifically backup cornerback Marcus Edmond, did it again. For the second home game in a row, Edmond made the game-saving play, this time with his first career interception in the endzone in the first overtime in Clemson’s 24-17 win over NC State (4-2, 1-1 ACC) at Memorial Stadium on Saturday afternoon.

Kyle Bambard’s 33-yard field-goal attempt as time expired in regulation sailed wide right, keeping the hopes of Clemson (7-0, 4-0 ACC) alive. Artavis Scott’s 10-yard receiving touchdown in overtime gave the Tigers a 24-17 lead, then on the Wolfpack’s first play in overtime, Edmond ended the game with an interception in the endzone. Two weeks ago, Edmond stopped James Quick one yard shy of a first down at the three yard line to preserve Clemson’s 42-36 win over No. 3 Louisville.

The Tigers, who overcame four turnovers and three trips inside the Wolfpack five yard line without scoring points, were led by Deshaun Watson. The junior was 39-52 passing for 378 yards and two touchdowns, and Mike Williams, Watson’s top target, had 146 yards on 12 receptions.

A pair of Tigers experienced notable career feats in the second quarter. Freshman K’Von Wallace collected his first career interception, picking off Ryan Finley, the signal-caller’s first interception of the season. Defensive tackle Christian Wilkins had a 10-yard rush for a first down on a fake punt and later blocked a field goal.

With the score tied 3-3 late in the second quarter, Watson and the Tigers executed the two-minute drill to perfection, stringing together a 10-play, 75-yard touchdown drive. Williams caught a touchdown pass for the fourth consecutive game, hauling in a 13-yard pass from Watson with 10 seconds left to put the Tigers ahead 10-3.

Mistakes proved costly for Clemson in the third quarter, with the Tigers turning it over three times on consecutive possessions. On the first play from scrimmage in the third quarter, Mike Stevens intercepted a pass and raced 28 yards for a touchdown to tie the score 10-10. Later in the quarter, Clemson fumbled twice inside the five yard line, with the latter recovered and returned by the Wolfpack into Clemson territory.

But the Tigers responded with a 77-yard touchdown drive, with Watson scoring on a four-yard rush, his first score on the ground this season, that gave the Tigers a 17-10 lead.

Matthew Dayes plunged into the endzone for two-yard rushing touchdown with 11:29 left in the fourth quarter to tie the score. Late in the game, the Wolfpack drove down the field and milked the clock, setting up a 33-yard field-goal try by Bambard with two seconds on the clock. After a Tiger timeout, Bambard’s kick missed by a few feet wide right.

Clemson faced a fourth-and-inches on its possession in overtime, as C.J. Fuller reached the line to gain. The Tigers moved to the one yard, but Watson was unable to hold on to the first-down snap and Clemson fell on the ball at the 10. On the next play, Watson connected with Scott for the go-ahead score.

NC State went for the endzone on its first play of overtime, but Edmond stepped in front the pass and hauled it in to send the Tiger faithful into a frenzy.

The Tigers garnered their 43rd straight victory over an unranked opponent, the second-longest streak in the nation.

Following its upcoming bye week, Clemson will go on the road to battle Florida State on October 29. 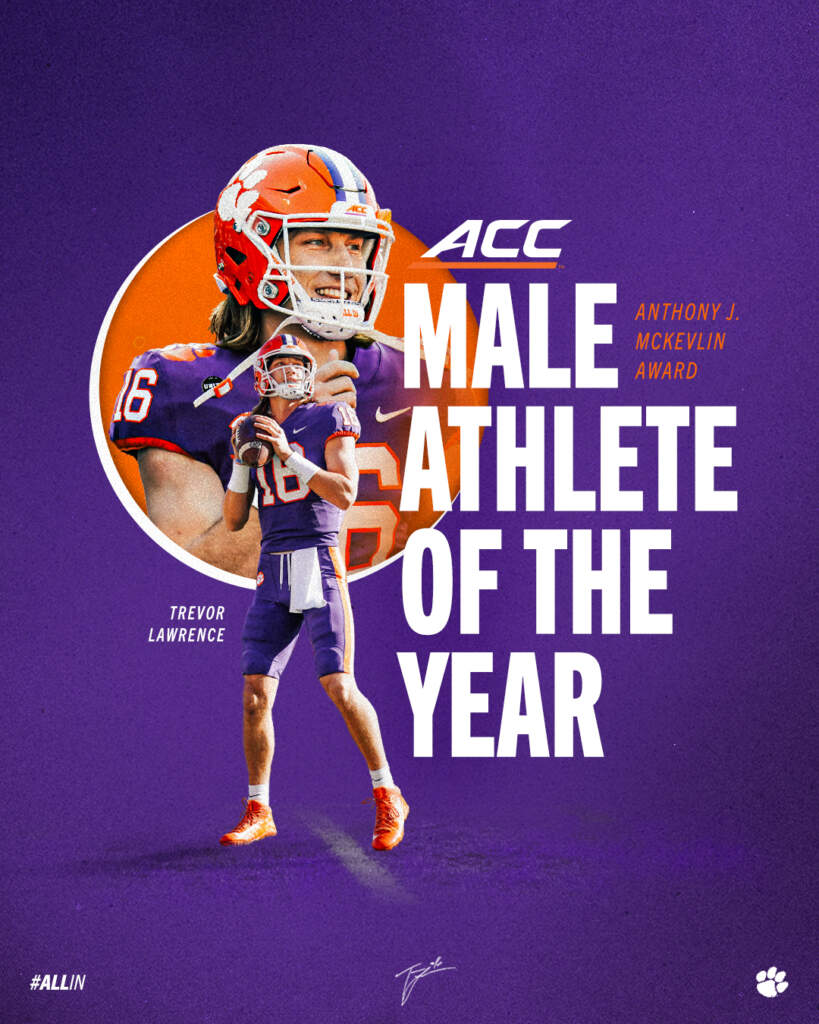