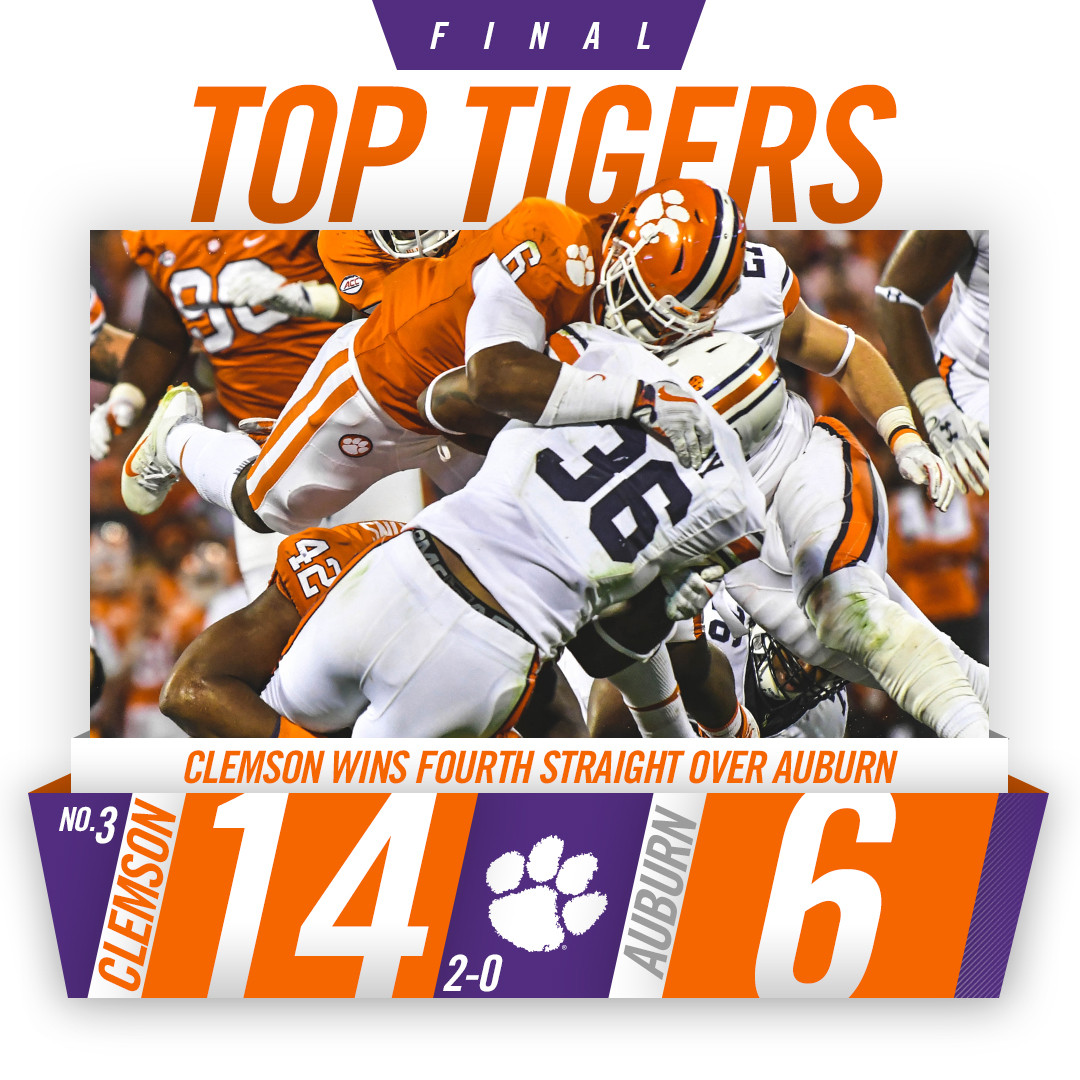 CLEMSON, S.C. – Powered by a defense that sacked Auburn’s quarterback 11 times, the No. 3 Clemson football team defeated No. 13 Auburn 14-6 at Death Valley on Saturday night. With the win, Clemson improved to 2-0 on the year, while Auburn dropped to 1-1.

Junior quarterback Kelly Bryant led the offensive charge for Clemson, passing for 181 yards and rushing for 59. On defense, Clemson was sparked by Dorian O’Daniel, whose 14tackles—10 in the first half—were a career high for the redshirt graduate linebacker. Junior defensive lineman Christian Wilkins added another 10tackles, and junior defensive end Austin Bryant had four of Clemson’s 11 sacks.

Auburn scored the only points of the first quarter just under eight minutes in on a Daniel Carlson 24-yard field goal that capped off the first drive. The SEC Tigers doubled their lead early in the second quarter, this time on a 28-yarder by Carlson.

Clemson took its first lead with less than a minute left in the first half on a three-yard touchdown rush by Bryant. The 12-play scoring drive was highlighted by 29-yard pass from Bryant to junior receiver Ray-Ray McCloud on third down, and Clemson found the endzone two plays later. Following the Bryant score, Clemson had a 7-6 lead at halftime.

Bryant opened the scoring in the second half, topping off Clemson’s first drive of the half with a 27-yard rushing touchdown to give his squad a 14-6 lead early in the third quarter. That proved to be the final score, as Clemson’s seven second-half sacks limited Auburn to 15 total yards with -25 rushing yards in the second half.

Clemson opens ACC play with its first road test of the season at Louisville next Saturday.