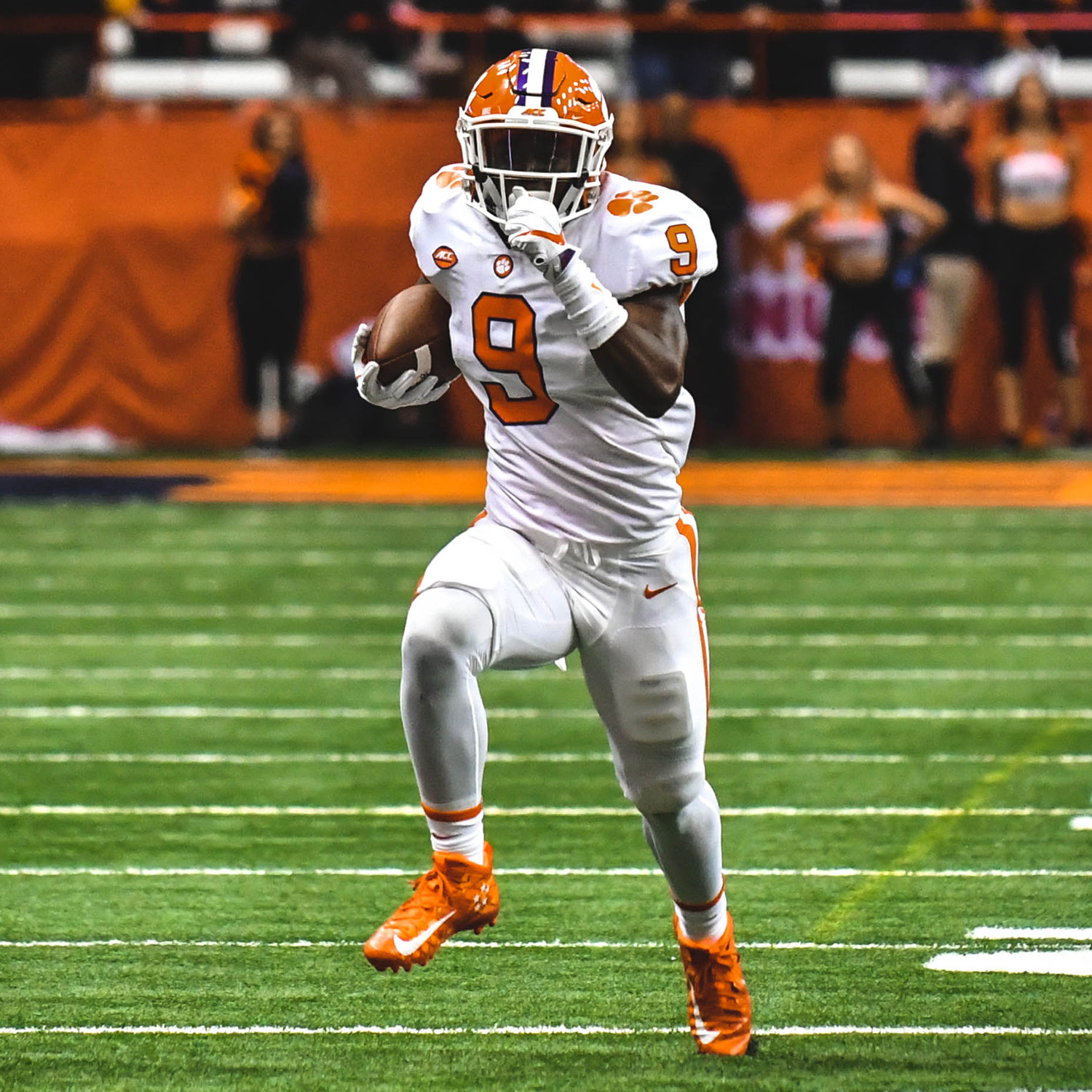 Syracuse scored on the first drive of the game, going 72 yards in 10 plays and 3:16, capped by a 23-yard pass from Eric Dungey to Dontae Strickland. The Tigers answered immediately, as Tavien Feaster scored his fourth touchdown of the season on a 37-yard run to end a 62-yard, three-play drive that lasted 1:07. The Orange regained the lead with 5:13 left in the first quarter on another long reception, this time to Ervin Philips for 66 yards.

The Clemson defense tied the score 14-14 with 8:31 remaining in the first half, when Tanner Muse recovered a fumble forced by Isaiah Simmons and raced 63 yards to the endzone for a touchdown. Syracuse’s Cole Murphy kicked a 21-yard field goal with 3:49 left in the second quarter, giving the Orange a 17-14 lead, which they took into halftime.

Another field goal by Murphy, this one from 30 yards, gave Syracuse a 27-24 lead with 9:41 remaining in the fourth quarter, concluding a 16-play, 68-yard drive that took 6:04 off the clock. The Tigers were unsuccessful on a fake-punt attempt on their next possession, giving the ball back to the Orange with 6:10 to play. Syracuse picked up three first downs on its final offensive possession to run out the clock and remove Clemson from the ranks of the unbeaten.

On the defensive side of the ball, Kendall Joseph (12) and Dorian O’Daniel (10) were Clemson’s two top tacklers, while Clelin Ferrell finished the game with 5.5 tackles for loss and 3.5 sacks.

With a bye next weekend, the Tigers have 14 days off before they return to action on Saturday, Oct. 28 when they host Georgia Tech.