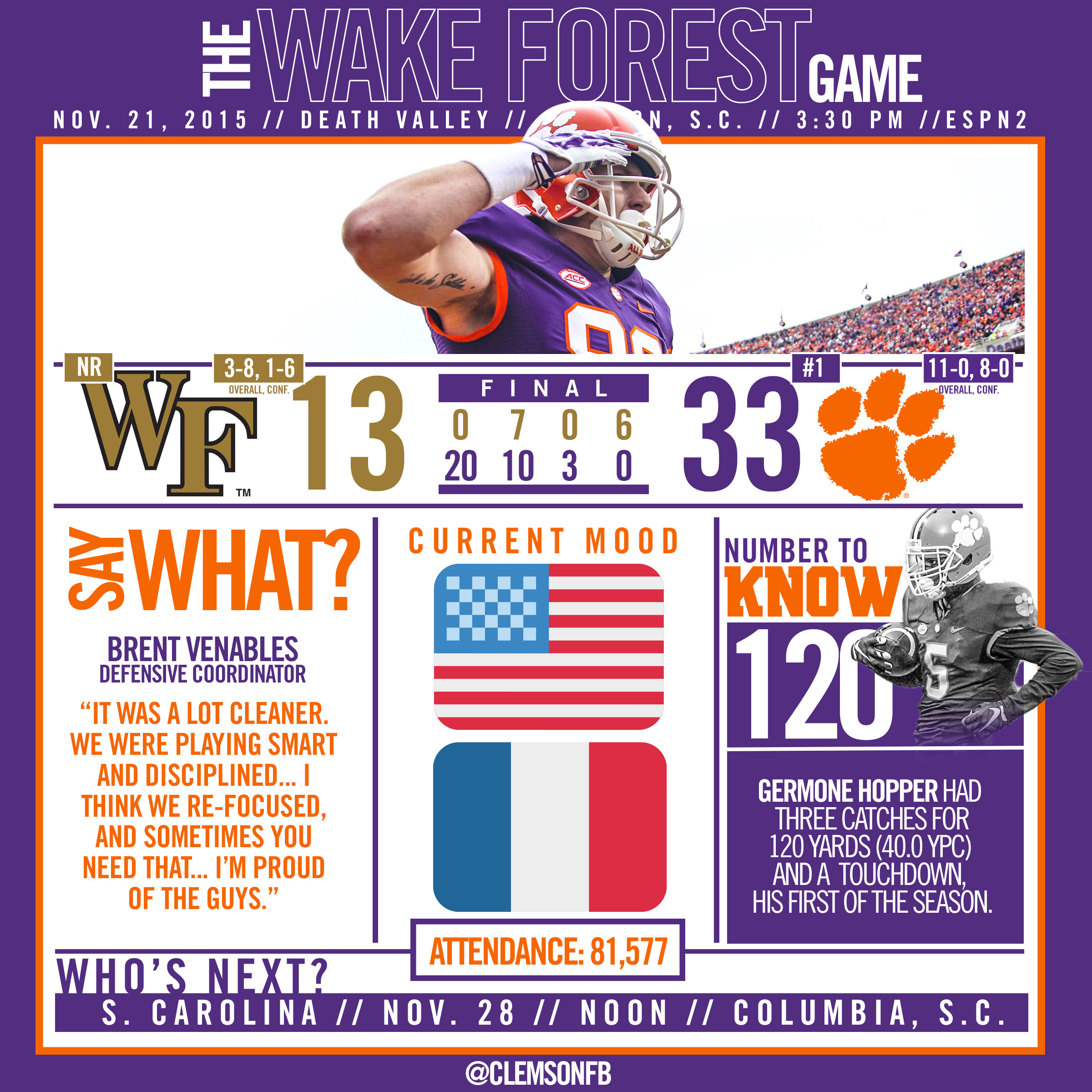 CLEMSON, S.C. – Top-ranked Clemson defeated Wake Forest 33-13 on Saturday, moving the Tigers to 11-0 for the first time since 1981. The Tigers also celebrated Senior Day and Military Appreciation Day, with special segments honoring seniors and veterans throughout the game.

“I’m excited to be 11-0,” said head coach Dabo Swinney. “That’s what this senior group has done…they’ve won and made this program better and they’re leaving it better than when they came, which is what a legacy is all about. We have state championship week now and a chance to go 12-0, so we have to play our best game of the year, and we are going to prepare to do that.”

The Tiger defense lit the fire early with a caused fumble by Ben Boulware, which was recovered by Kevin Dodd. Overall, the defense allowed only 152 yards.

Deshaun Watson ignited the offense by completing 24-35 passes with four touchdowns in the first half. The offense totaled 552 yards, including 381 passing and 171 rushing.

After an electric first half, the Tigers took a more relaxed approach in the second half, allowing more of their players to see action on the field.

Clemson finished the ACC regular season with an 8-0 record for the first time in history.

The Tigers’ next contest is Saturday, November 28 at Williams-Brice Stadium against South Carolina. Kickoff is set for noon.