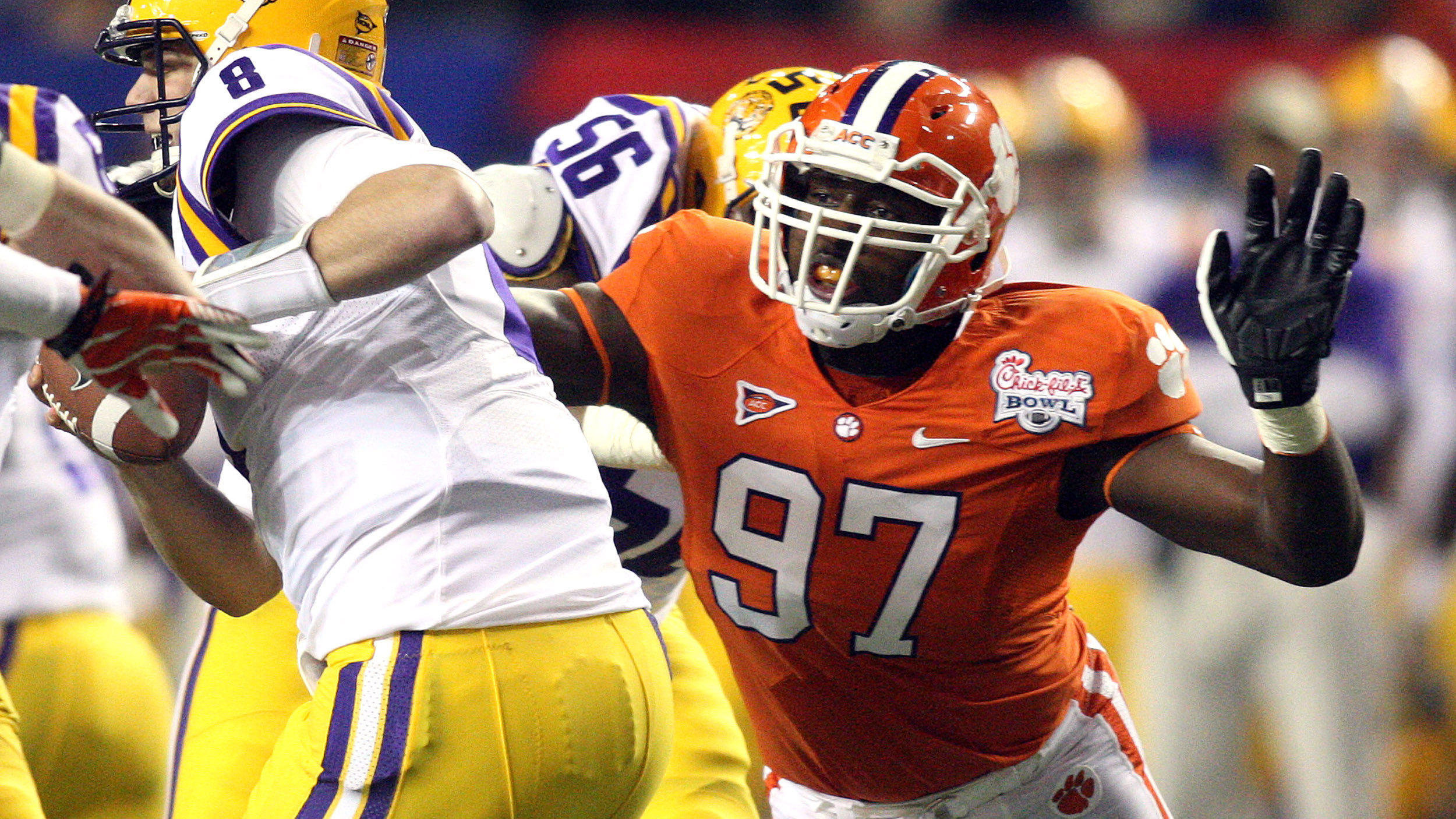 CLEMSON, SC – Nine seniors on the 2012 Clemson football team will play in college football postseason all-star games beginning Saturday, January 19.  The Tigers’ 2012 senior class included just 11 scholarship players, and nine of those 11 are in all-star games, the most in Clemson history.  In addition, all nine players have already earned their college degrees.

Four Clemson players will play in the inaugural Raycom College Football All-Star Classic, to be held Saturday, January 19 at the Cramton Bowl in Montgomery, AL.  Jaron Brown, Brandon Ford and Jonathan Meeks are on the Stars team roster, while Spencer Benton will play for the Stripes team at the game, which will kick off at 2:00 PM CT and will be broadcast live on CBS Sports Network.

Two Tigers, Xavier Brewer and Rashard Hall, will play defense for the East team in the 88th Annual East-West Shrine Game, also to be held on Saturday, January 19.  The Shrine Game will kick off at 4:00 PM ET at Tropicana Field in St. Petersburg, FL and will be televised on the NFL Network.

Andre Ellington, Dalton Freeman and Malliciah Goodman will represent Clemson in the 2013 Senior Bowl, which will be played on Saturday, January 26 at Ladd-Peebles Stadium in Mobile, AL.  The Senior Bowl will kick off at 3:00 PM CT and will be televised on the NFL Network.