One day was all it took for Nick Eddis to know he wanted to spend his college career playing football for the Tigers. The defensive tackle from Lawrence, Kan. saw the opportunity to come to Clemson through his uncle, Associate Head Coach Brent Venables, and he wasted no time in taking him up on it.

“I was fortunate enough to have my uncle as the defensive coordinator here, and after not having many offers out of high school, he gave me the opportunity to play here. I came down to Clemson for a visit, and it was an immediate ‘yes’ from me. After seeing what Clemson was all about, I knew this was the place I wanted to get an education, play football and learn to become a man.”

Eddis had been a veteran of the game, starting the sport in the second grade. After instantly falling in love with it, he grew up playing all the football he possibly could by competing in youth football through high school and a few seasons of arena football as well.

“By playing so much football, that really solidified the love I had for the game. Then seeing how football was done here at Clemson, it wasn’t really a decision, it was more of a destiny to be a part of it.”

Being a defensive tackle, the word “accountability” has grown to mean a lot to Eddis.

“You can be a great leader and a great teammate, but it comes down to doing your job, which I believe creates a lot of accountability for the rest of your life.”

The tradition of college football runs deep in the Eddis family, as he explained what made him pick up the sport in the first place.

“My dad played football at Kansas, so it was natural that I began at a young age. He saw that it could be the sport for me along with my brother, Joey.”

The Eddis family tradition of playing college football has developed even more now, as his younger brother, Joey, a freshman linebacker, became a fellow Tiger this season.

Once the extended part of the family, the Venables, got involved at Clemson, that is when the program really came on Eddis’ radar.

“To be honest, I didn’t even know where Clemson was before my uncle started working here in 2012. I was thinking, ‘Where did this team come from?’ But the program quickly started getting good from being led by Coach (Dabo) Swinney, and since I’ve been here, I know now you’re not going to find a better head coach than him.”

When talking about the relationships with his coaches, Eddis gave high compliments to them.

“Being here with my uncle has been amazing, and everything I’ve been able to accomplish is because of him. But the person I’ve been able to connect with the most is Coach (Todd) Bates. He has become like a father figure to me, and I can talk to him about anything, whether it’s football or outside of football. He is incredibly honest, which is what you need to play this sport. He took me under his wing and has been the best teacher I could ask for.”

What he will miss most about playing football at Clemson is simply…playing.

“I am definitely going to miss coming out here on a Tuesday in full pads, putting my hands in the dirt and competing alongside my teammates and brothers.”

“Blessed” was the word Eddis used when describing his three years playing at Clemson, and anyone can tell that he has not taken one second for granted. 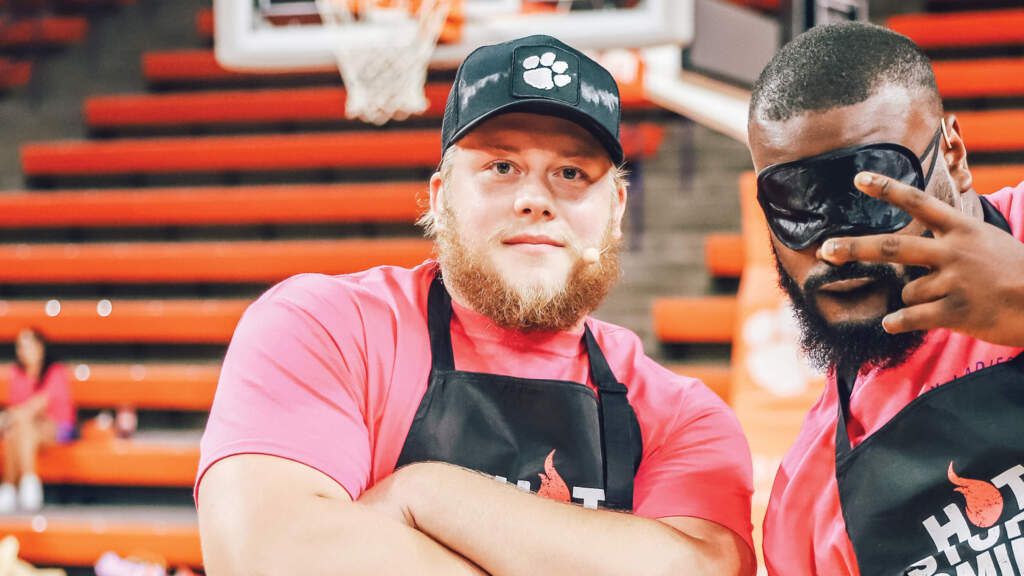