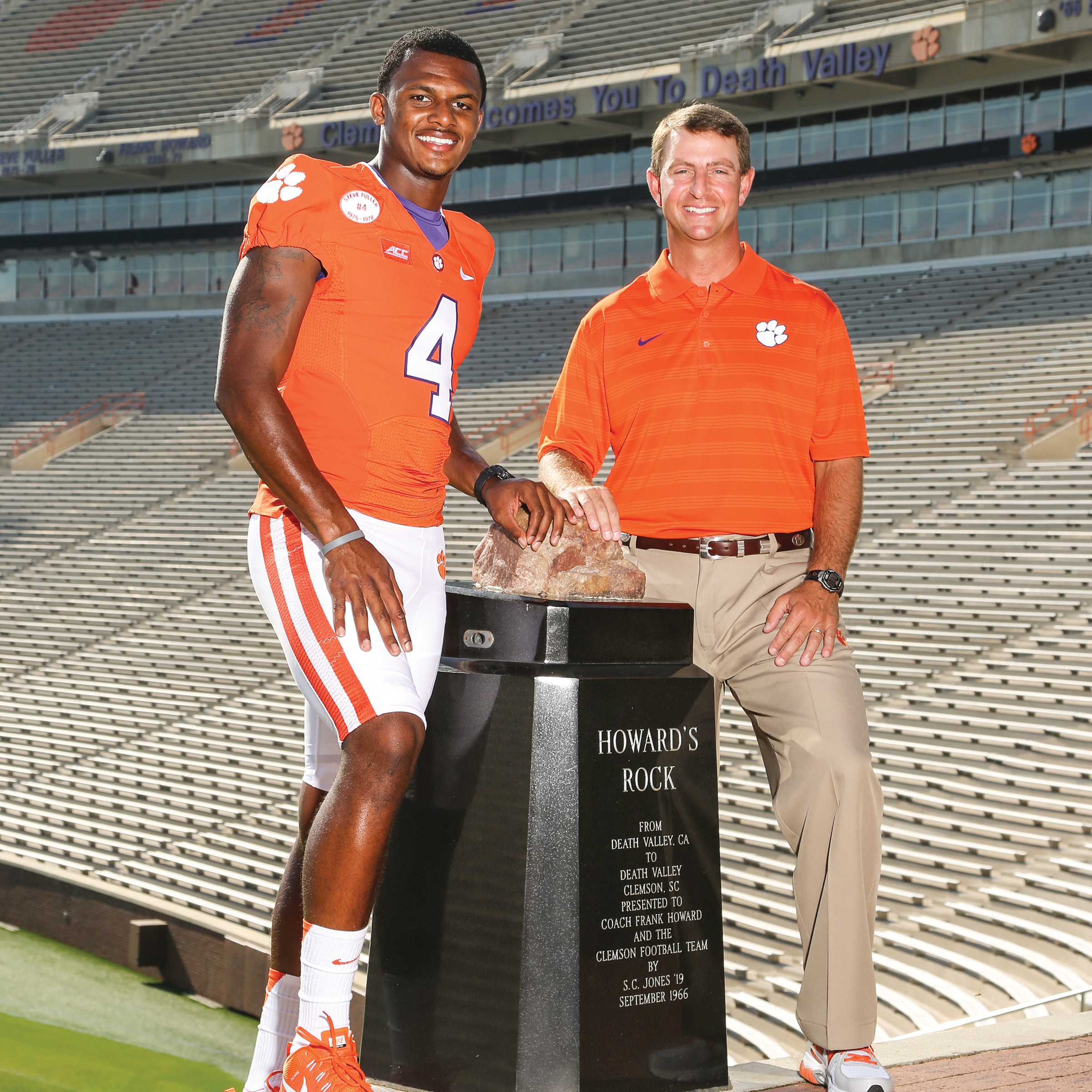 When I went to bed on the last Tuesday evening of this past July after a long but fun day at ESPN (which is just 20 miles from my childhood home in West Hartford, Conn.), I looked forward to the beginning of my 37th year of Clemson football with the opening practice just three days later.

But when I went to work that Wednesday, I felt as if I had slept through the 2014 season and we had fast-forwarded to the first Monday of February 2015. On Wednesday, I was told we would be announcing 13 members of the Tiger freshman class of 2015.

The research for such signee biographies is something I usually dive into at the end of January. But with the relatively new rules allowing prospects who plan to enter school in January to sign a financial-aid agreement in August, and thus be announced by the school, that has all changed.

On July 31, we announced the “signing” of 13 new Tigers for the freshman class of 2015. They will enter school just after the first of the year and comprise more than half of the new class.

I never dreamed of writing about and publicizing prospects who had not even started practice for their senior years of high school.

These late-summer events caused me to reflect upon how recruiting and the subsequent National Signing Day have changed over the years.

One of my favorite Tiger football stories about Head Coach Frank Howard was described to me by my legendary predecessor, Bob Bradley. In the 1940s, Howard was told of a big, strapping, young football player in Charleston, S.C. who was interested in Clemson. We will call him “Johnny Jones” for this story, but he went by another name.

It was the middle of the summer and Howard was convinced by a loyal IPTAY member in Charleston that he needed to check out this young lineman prospect. So Howard got in his car for the then eight-hour dusty drive to the coast.

Upon arrival, Howard brushed himself off and went to the front door of this young prospect’s home. He knocked on the door and was greeted by a young man of high-school age who was about 5’9” and 175 pounds.

The young man replied, “I am Johnny Jones.”

Howard paused and realized instantly that his IPTAY friend had not done a good job researching this lad. Even in the 1940s, his linemen were much bigger than 5’9” and 175 pounds.

Without missing a beat, Howard made a decision that Jones would probably not make the squad.

Howard then said, “Johnny, would you like to buy a set of encyclopedias?”

Jones already had a set, so he told Howard, who he did not recognize, that he did not need one.

Howard then turned around, got in his car and drove the eight hours back to Clemson.

However, sometimes recruiting goes better than you ever could have predicted. Fred Cone was probably the best all-around player Howard had in his 30 years as head coach.

Cone grew up next door to Howard’s sister in Alabama. One day in 1947, she told him about a great athlete who was living next door. He was already going to Clemson.

In those days, Howard had the ability to sign 40 players for his freshman class. The day the paperwork was due, Howard had signed 39 players. So for the last spot, he added the name “Fred Cone.”

Howard had never seen Cone play and never even talked to him. But when Cone came to Clemson, he went to Howard’s office and said he would try out for the team.

Now, he is in the Ring of Honor at Memorial Stadium.

Howard later asked his sister, “How did you know Fred Cone would be such a good football player?”

Howard’s sister replied, “He looked good diving off the diving board at their pool.”

In the late 1970s and early 1980s, signed letters of intent came by mail, so we did not have a signing-day announcement on that actual day…you had to wait until you received them in the mail. In 1982, we did not announce our class until late February.

When the fax machine was invented, that changed everything and schools began announcing their classes on the same day they received the faxes.

Most of us still use a fax machine to receive the letters, but the news of their arrival is disseminated within seconds via the internet. ESPN and many other outlets have made National Signing Day another sporting event.

But now I must wonder how that will change if schools are signing 10-15 players in August for midyear enrollment. It is a good system that streamlines recruiting and gives the signee a better chance of graduating, because they can get ahead academically with the January start.