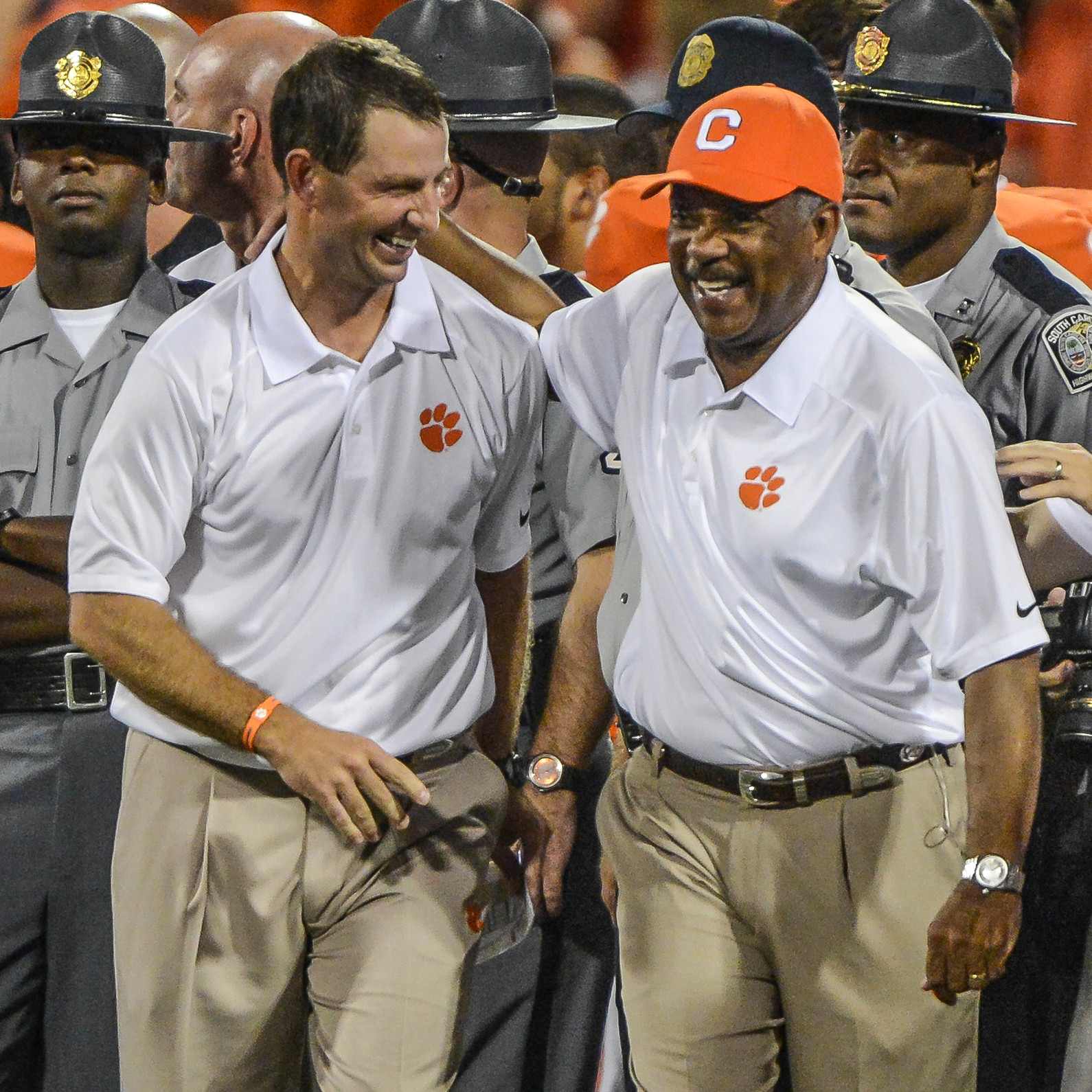 Each year, the American Football Coaches Association honors someone in the college profession for their outstanding contribution to the sport. At the January 2015 AFCA Convention, the winner of the Outstanding Achievement Award was Woody McCorvey, Clemson’s associate athletic director for football administration.

McCorvey’s name has been synonymous with many great programs over a career that dates to his years as a high school coach in Pensacola, Fla., from 1972-77. He also coached FCS programs North Carolina Central and Alabama A&M as well as FBS programs Clemson, Alabama, South Carolina, Tennessee and Mississippi State. He was the wide receivers coach at Alabama in 1992 when it won the national title. One of the wide receivers on that team was Dabo Swinney.

When Swinney became Clemson’s head coach on a full-time basis in December 2008, the first person he called to become a part of the program was McCorvey.

“Woody was the first person I called to come back to Clemson,” said Swinney. “He was ready to give up being a position coach, and I wanted him to help run this program.”

McCorvey agreed and has been Swinney’s “National Security Advisor” ever since. Swinney considers McCorvey the No. 2 man in his cabinet.

Few people in the business have more experience in all areas than McCorvey, and that is why he is perfectly suited for his position at Clemson.

From 1983-89, he was an assistant under head coach Danny Ford. The Tigers won three ACC titles and finished in the top 25 five times. Clemson had the nation’s fifth-best winning percentage in the 1980s, and McCorvey was one of the big reasons.

Clemson had four straight 10-win seasons from 1987-90, and now the program is going for a record fifth straight 10-win campaign. McCorvey is the only coach or administrator who is a common denominator between those two eras.

He coached at Alabama from 1990-97, and the Crimson Tide went 70-16-1 and played six bowl games. They finished in the top five three times, including that 1992 national championship season.

McCorvey coached at Tennessee from 1999-03, and the Volunteers posted a 46-14 record and won three New Year’s Day bowl games. He was also a part of the resurgence of football at Mississippi State under head coach Sylvester Croom.

“Having Woody on our staff is like having 10 C.J. Spillers,” said Swinney. “There is no one in the business who has a more well-rounded knowledge of all aspects of the program. He brings so much wisdom and has the respect of all the coaches, players and staff.”

McCorvey is the program’s liaison with Vickery Hall and the academic progress of the 115 Tigers on the roster. In each of the last five years, Clemson has been recognized for its Academic Progress Rate. Clemson is the only school in the nation in the top 10 of APR scores and in the final top 25 of both polls each of the last four years.

You don’t win the AFCA Outstanding Achievement Award without having the respect of leaders of the profession. McCorvey gives Swinney a strong sounding board when issues arise or decisions must be made on how to improve the program.

“Woody has been through it all and he can always give me advice on all aspects of what we do here. Whether it be facilities, discipline or academics, we all value his opinion and advice.”

One of the biggest reasons for McCorvey’s success and respect level is his ability to work at cultivating relationships.

“Everywhere I go, someone asks me how Woody McCorvey is doing,” added Swinney. “It is amazing the people he knows, the people who hold him in such a high level of respect. No one in the business is more respected than Woody McCorvey.”