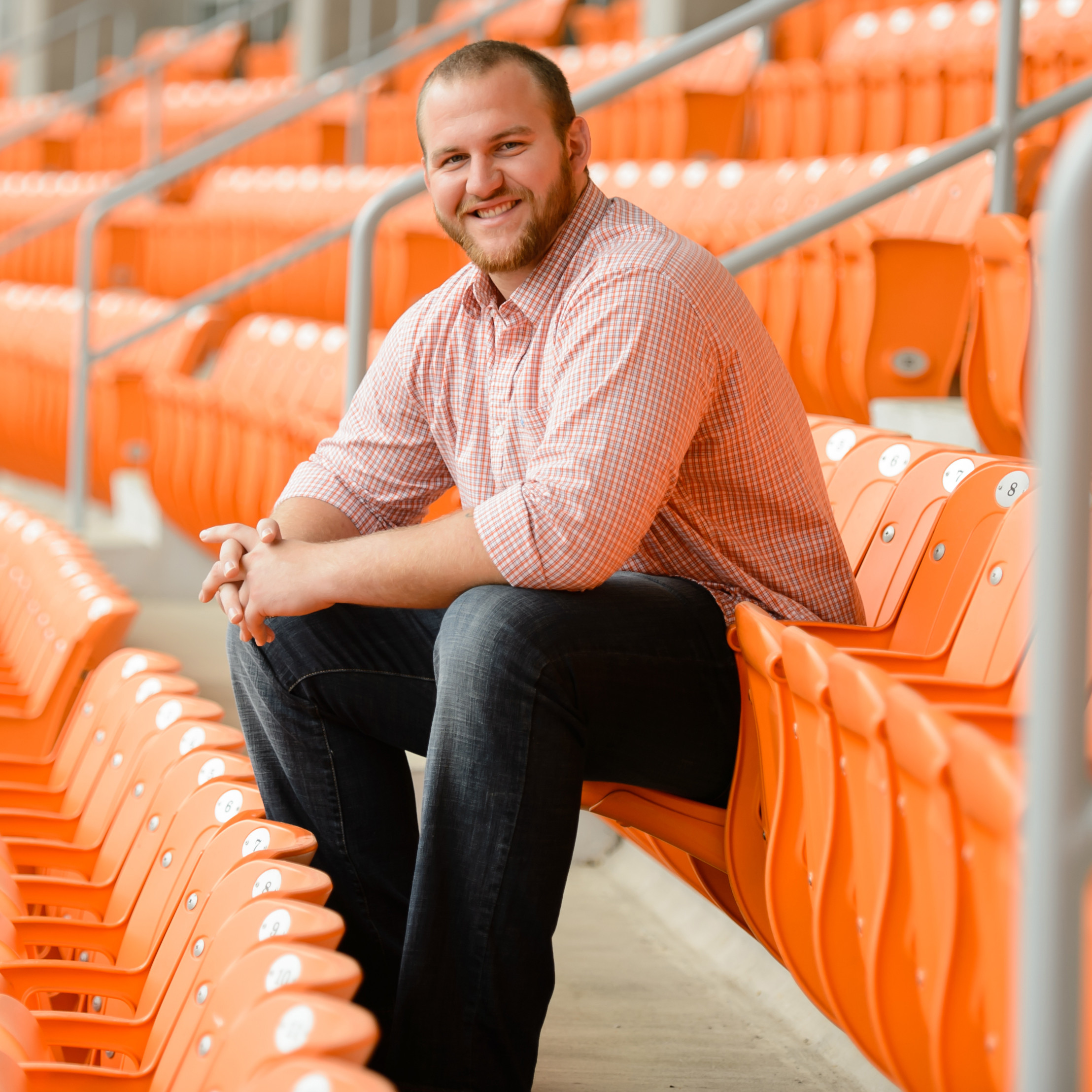 “It is good to have an end to journey toward; but it is the journey that matters, in the end.”

The words above are attributed to Pulitzer Prize-winning author Ernest Hemingway, but may as well describe Eric Mac Lain’s college football experience.

And that’s okay with him.

The son of United States Air Force Major Michael Mac Lain, Eric has spent most of his life on the move. He was born in Alabama, and grew up in Tennessee. After the World Trade Center towers were attacked in 2001, his father re-enlisted and the Mac Lains were uprooted to Ohio and North Carolina, during his formative years.

He grew up playing Pop Warner football with Ohio State quarterback Braxton Miller, and with another son of an Air Force officer, current Tennessee Titans running back Bishop Sankey.

“I thoroughly enjoyed the experiences I had, and the people I met,” he said. “It’s amazing how the Air Force allows you to meet various people.”

Football also gave him that platform.

He played on both sides of the ball at Britt High, while also serving as the team’s punter. Most national recruiting services billed him as a tight end at the next level. He was touted as the nation’s No. 59 overall prospect, regardless of position, by Rivals.com.

But when he arrived at Clemson in the summer of 2011, Mac Lain soon realized he wasn’t the prototypical tight end that new offensive coordinator Chad Morris coveted.

“For our system, I wasn’t what we were looking for,” he said. “We needed more vertical threats in our offense.”

He thought he could “easily” add 50 pounds to his frame at that time. After logging 38 snaps as a redshirt freshman in 2012, his days were done at tight end.

The transition to the offensive line was now a reality, and he was suddenly going against the likes of Vic Beasley and Grady Jarrett each and every practice.

“It took a while, and it took some self-searching,” Mac Lain said. “But at the end of the day, you just have to love it.

“I made the transition, and Ryan Norton helped me immensely with learning the offense.”

And slowly but surely, Mac Lain began to see more time on the field. In 2013, he played in 13 games and participated in 140 snaps — including 29 in a win over Wake Forest and 27 at Virginia.

A season of noticeable improvement ended on a high. He tallied 62 snaps in Clemson’s 40-6 Russell Athletic Bowl victory over Oklahoma.

“The Oklahoma game was one of the first times we were on TV together,” Mac Lain said. “And that was really cool for our parents, obviously.”

Two years younger than Eric, Sean is a member of Clemson’s Air Force ROTC program and will be commissioned as a second lieutenant upon graduation.

One of the things the two brothers have taken from their father — who once spent the better part of three years deployed in the Middle East — is leadership. Described as a “vocal man,” Eric said his father raised the two to be strong in their beliefs — a mindset he believes he brings to the football locker room.

“Most people’s main struggle is communication, so I’m lucky to have that skill set,” he said. “I think I can connect with people easily.”

Mac Lain has transferred the ability to communicate into extracurricular activities as well. As a sophomore and at the urging of Vickery Hall’s Ginty Porter, he joined the student-athlete advisory committee (SAAC). Though he first thought he wouldn’t have time to make a firm commitment to the group’s cause, Mac Lain stuck it out and has enjoyed the SAAC experience.

He took over the position of president — a rarity for a football player — from track & field’s Marcus Brown for the 2014-15 academic year, a move he said has paid off as he inches closer to life after football.

It was at a SAAC conference when he was given the nickname, “Mr. Clemson” — a moniker that has carried over into his presidency.

“I like to use the pedestal I have,” he said. “I’ve met a ton of new people, and have made so many more connections than I would have otherwise. In the WestZone, we’re in our own little world. SAAC has helped me be a better communicator to all fields.”

Mac Lain earned his undergraduate degree in health science on May 8, and plans to pursue a master’s degree in human resource development — with a concentration in athletic leadership. He sees a potential future in athletic administration.

As he prepares for his final season on the gridiron, Mac Lain describes the Clemson experience as a “culture shock,” saying he has seen a complete transformation within the program since he first set foot on campus.

“When I got here in 2011, we had just come off of a losing season,” he said. “But we’ve really flipped it around. We’ve been part of that building block of what we have now, and will have for years to come.”

And because of that, Mac Lain wouldn’t change a thing about the personal journey he’s taken to get where he is today.