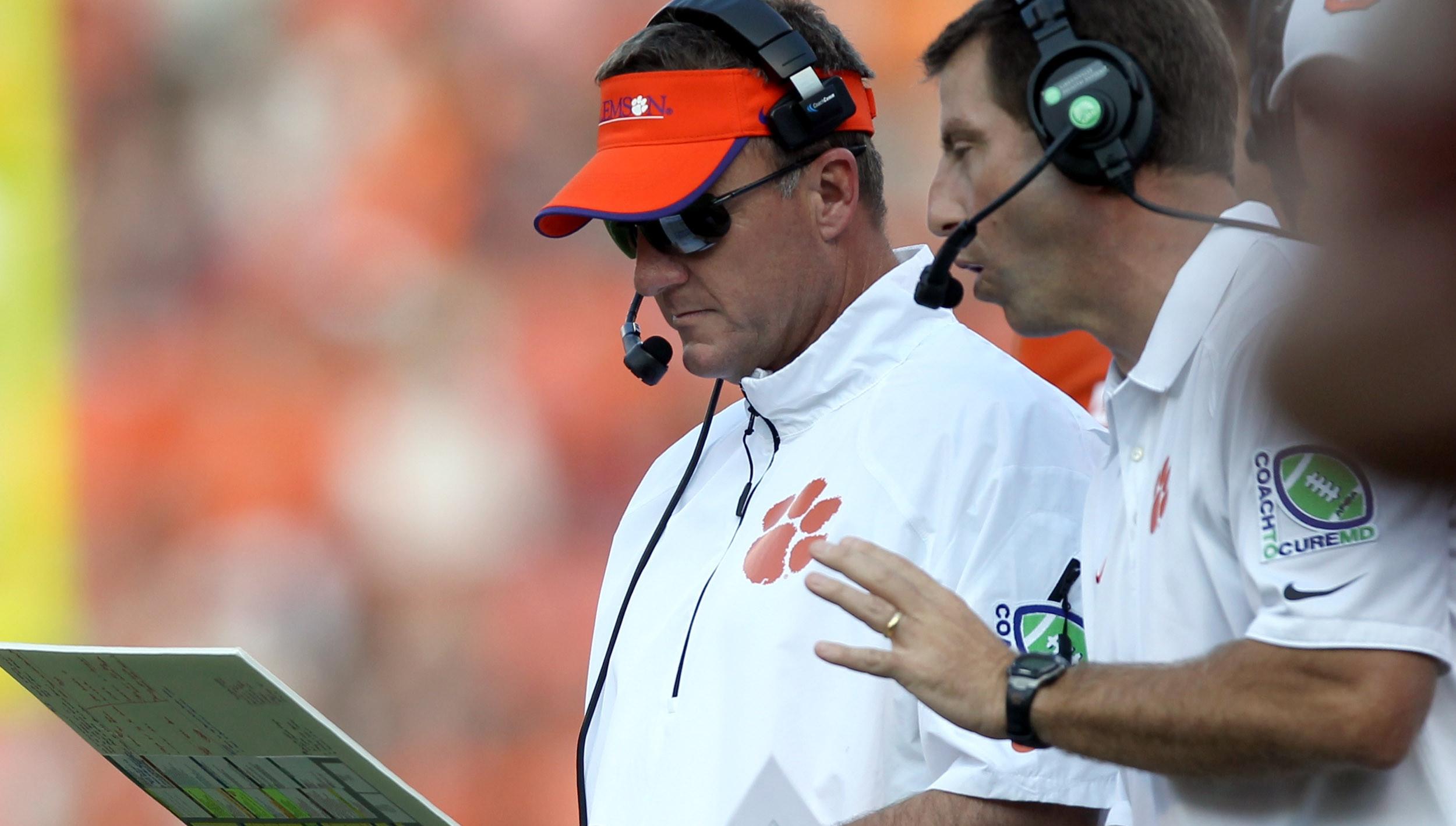 Morris Finalist for Offensive Coordinator of the Year by 247Sports

Earlier this year Morris was named the National Assistant Coach of the Year by the American Football Coaches Association.

Morris is in his third year as Clemson’s Offensive Coordinator and has helped the Tigers to a 31-8 record, the most wins in a three-year period in Clemson history. Clemson has been ranked in the top 20 of the BCS standings for all 24 rankings the last three years.

This year the Tigers are 10-2 overall, 7-1 in the ACC. Dabo Swinney‘s team is ranked 11th by USA Today and 12th by the BCS and the Associated Press poll. Clemson meets Ohio State in the Discover Orange Bowl on January 3.

Clemson is 11th in the nation in scoring offense at 40.2 points per game and 12th in total offense at 502 yards per game. Both figures would be the second best in Clemson history if the season ended today. The only figures higher were recorded by the 2012 Clemson offense that Morris also coordinated.