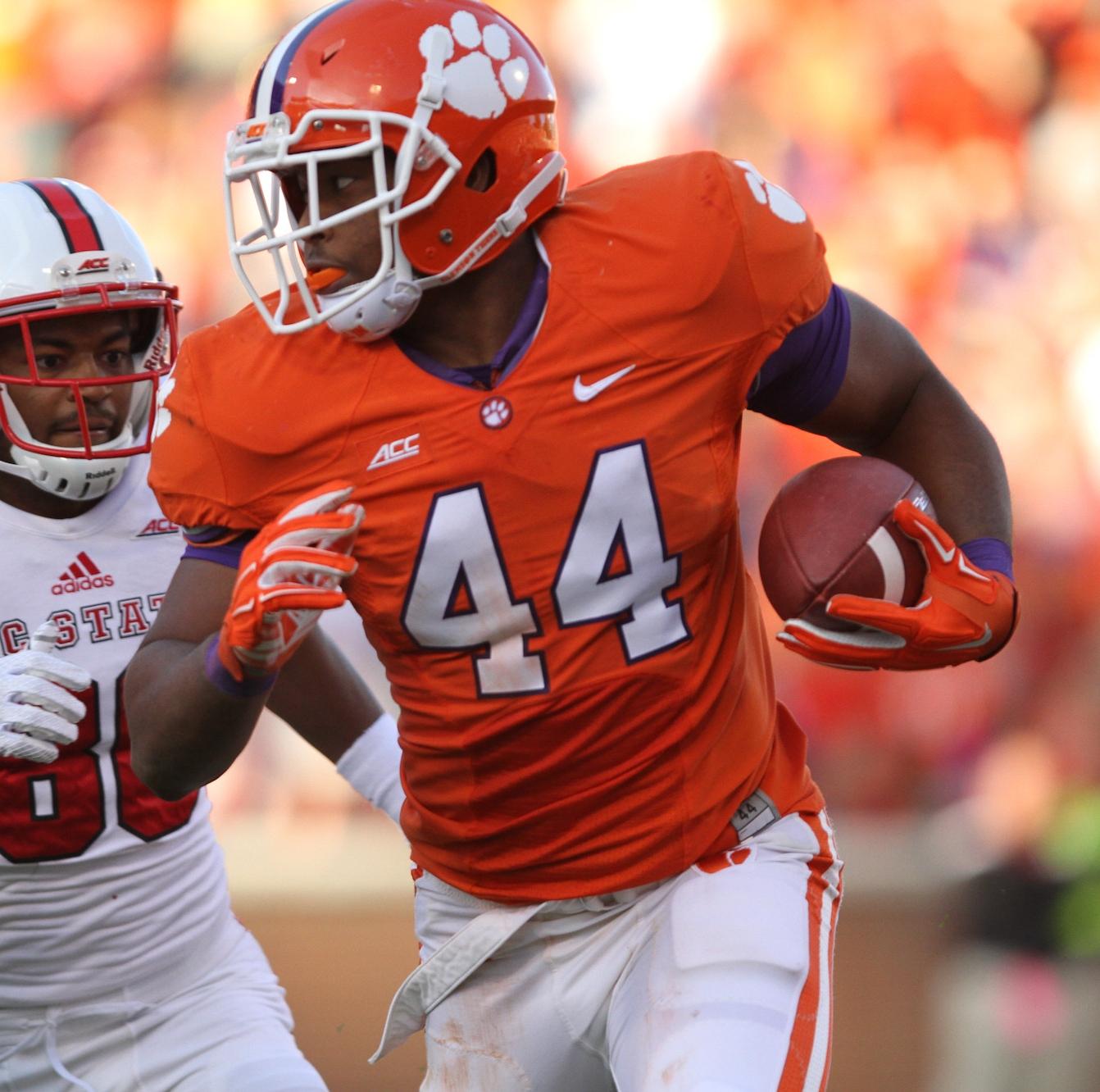 Coming off of what head coach Dabo Swinney called his team’s “most complete performance of the season” against NC State, the Tigers now turn their attention to the next opponent on the schedule, Louisville. New to the ACC in 2014, the Cardinals enter Saturday’s 3:30 tilt in Death Valley with a 5-1 overall record and 3-1 conference mark.

The Cardinals’ only loss came at Virginia, a 23-21 defeat on Sept. 13. Louisville enters Saturday with one of the nation’s best defenses. The Cardinals lead the country with 12 interceptions and also top the NCAA in third-down conversion defense (.231) and rushing defense (58.3). In short, the Cardinals pose a tremendous challenge for Clemson’s high-powered attack.

Offensive coordinator Chad Morris met with the local media Monday in the WestZone, as did several Tiger players.

The thin get thinner. An injury up to backup center Jay Guillermo has forced Clemson to continue to shuffle an already-thin unit up front. Swinney announced Sunday that Guillermo would be out at least a few weeks.

“We went into last week thin, and came out thinner,” Morris said. “But we’re very versatile, and that’s good. It’s good to see that versatility in some guys. As a coach, it’s not an ideal situation.”

Morris was asked whether or not his play-calling would change, given the latest injury along the offensive line.

“As a play-caller, you don’t change what you do,” he said. “What you do is get guys practice in different situations. Some guys will take first-team reps, and then go with the second team at another position. So you have to be smart with that. You get them ready for the game.”

In the wake of Ben Boulware’s concussion and Tony Steward’s hamstring strain, the Tigers have suddenly found themselves thin at linebacker as well. But the recent play of reserves B.J. Goodson and Kellen Jones does leave reason for optimism, however.

The two combined for 62 snaps Saturday against the Wolfpack, and tallied eight tackles between them. Jones said they’d be ready for duty Saturday against Louisville, regardless of the circumstance.

“It’s unfortunate those guys are a little banged up, but as a player you want to prove there’s a good guy the fans haven’t seen as much who’s ready to play,” he said.

Goodson with the moves? One of the highlight plays defensively for the Tigers on Saturday took place on the very first snap of the fourth quarter, when Goodson picked up this fumble forced by Jones, and returned it 24 yards to the Wolfpack 10-yard-line.

Goodson said a lot of friends have called and texted about the spin move he used at the 30-yard-line. It even prompted one member of the media to ask Goodson if he ever thought of a career at running back.

“That comes from my old days back at Lamar (High School),” he laughed. “I’ve had those questions, but I like doing the hitting rather than taking it.”