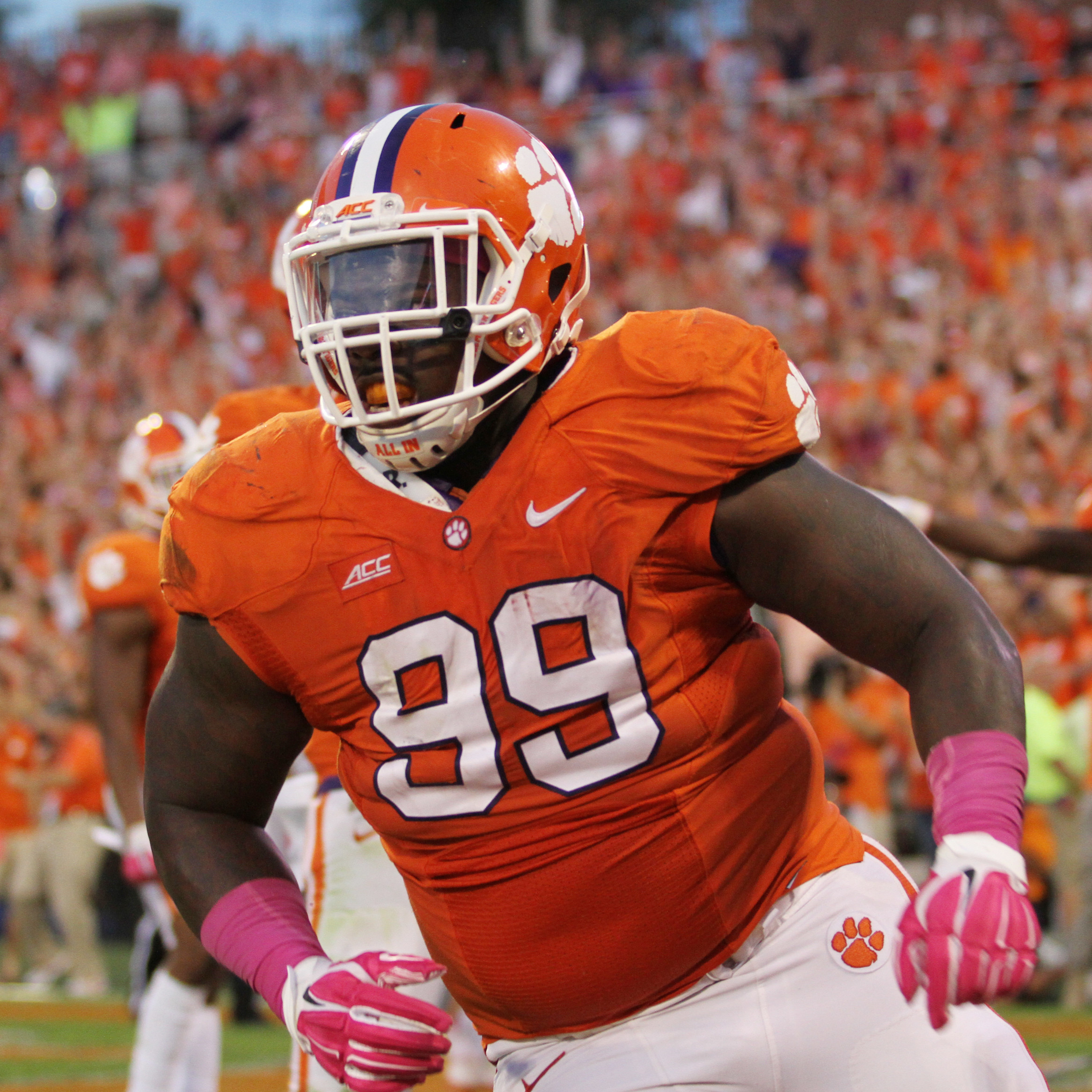 In the aftermath of what can only be described as a thrilling win on Saturday over Louisville, I caught up with two of the key contributors to preserving the Tigers’ 23-17 triumph, Jayron Kearse and DeShawn Williams. Both made crucial game-saving plays on the Cardinals’ final drive of the game.

After Louisville’s James Quick slipped inside a diving defender on a seam route, Kearse took off from his safety position and chased him down on the Tigers’ eight-yard-line. The play gained 73 yards and put Louisville at first-and-goal with 68 seconds left in the game.

“We always talk about never giving up on a play, and Jayron did that tonight,” Swinney said. “It was all heart and effort.”

“It was a great feeling to know I gave my team an opportunity to win the game,” Kearse said Monday after local media interviews.

Following a seven-yard completion, Vic Beasley stopped Dominique Brown in the backfield for a loss of one. On third-and-goal from the two, Louisville quarterback Will Gardner spiked the ball to set up the dramatic fourth-down play.

After a timeout, Gardner rolled to his right but was unable to find a receiver open. On his attempt to throw back across his body, the defensive tackle Williams got a hand up and deflected the pass to the turf. It sent him into a frenzied celebration, along with the rest of the capacity Death Valley crowd.

“There was no better way to end it than on fourth down,” Williams said. “I was just in the right place at the right time. He threw it straight at me and I just heard the crowd go crazy and started celebrating with my teammates.”

Kearse said the Tigers had seen the play on film when Louisville coach Bobby Petrino was at Western Kentucky, and that the Cardinals lined up in the same exact formation Saturday. He said the Tigers were in position to make the play because coordinator Brent Venables had shown it to his defense on film just two days before the game.

The tipped pass brought a huge smile to Kearse’s face Monday when he was asked to recall his emotions following the spectacular finish.

“When I saw DeShawn deflect it, I couldn’t be more happy,” he said. “We’d prefer it be easier than that, but to have the crowd in Death Valley going wild, it was a great feeling.”

The Tigers look to keep that great feeling going on the road against Boston College. Saturday’s game with the Eagles will kick off at 3:30 p.m. on ESPNU.