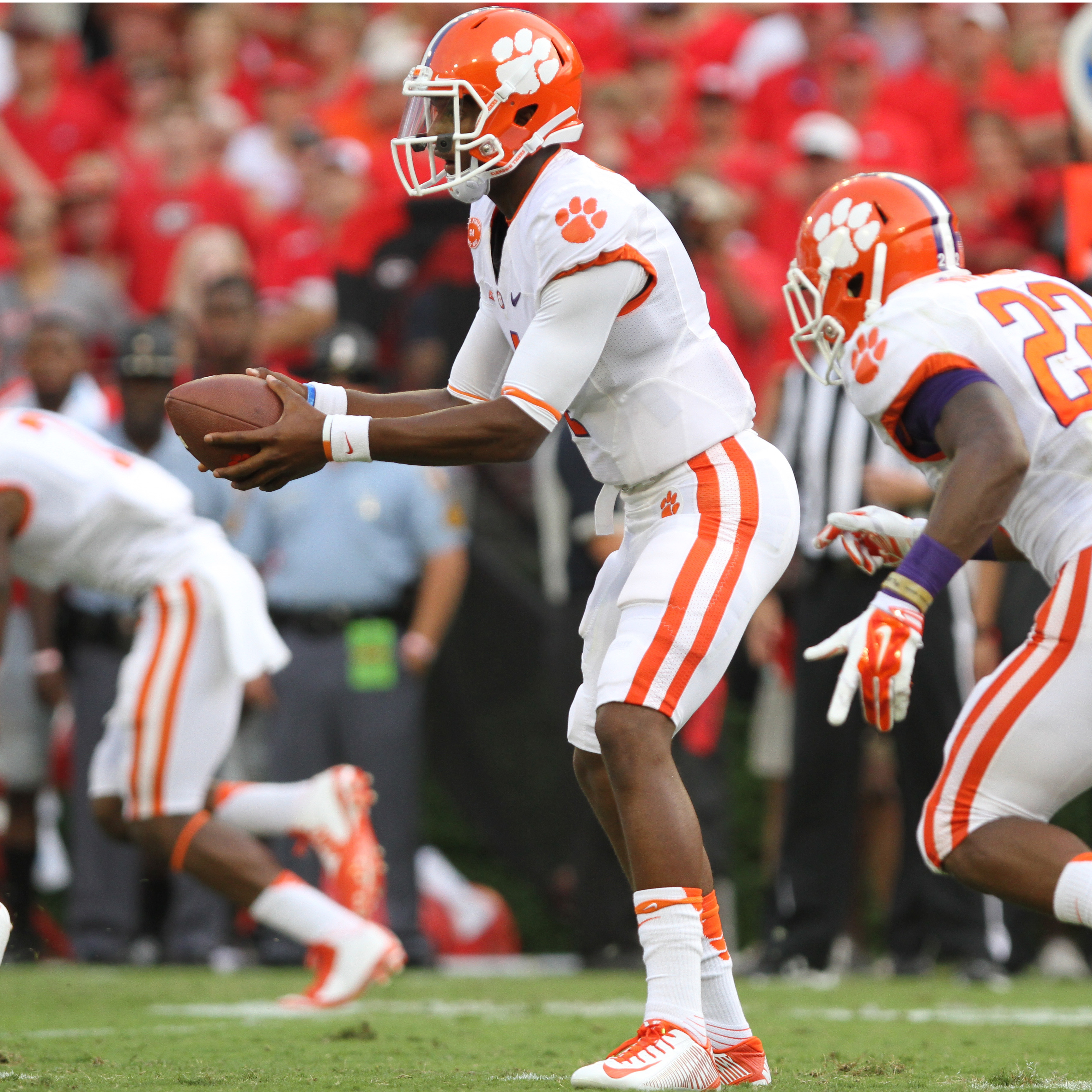 Monday was freshman orientation in the WestZone. Once a player appears for the Tigers in a game, he is available to the media for interviews. Three first-time performers that logged significant action at Georgia were among the seven players that met with reporters in the club level of the facility. Wayne Gallman, Artavis Scott and Deshaun Watson all took turns addressing reporters on the game with the Bulldogs and what it was like to suit up for the Tigers.

To no one’s surprise, Watson drew the biggest crowd thanks in large part to the five stars attached to his name during the recruiting process. The Peach State native didn’t disappoint in his first action, leading the offense to a touchdown on his opening drive to start the second quarter. One play after finding Mike Williams on a long pass for a first-down conversion, he threw a 30-yard strike to Charone Peake for a score.

It was a sweet moment for Watson, who said he had a large group of family and friends in attendance.

“It’s something I’ve dreamed about for years,” he said. “Just to be out there with my teammates after all the hard work we’ve put in, it was a great feeling.”

The hard-fought loss to the No. 12 ranked Bulldogs wasn’t a great feeling, however. But Gallman, who played running back and on special teams, said he and his teammates have already moved forward to the next challenge – Saturday at home against SC State.

“It’s another opportunity to show the fans what we can do,” Gallman said, “so we’re looking forward to it.”

Looking forward doesn’t begin to describe Scott’s excitement level. His first game in Clemson was last year’s opener, when the Tigers defeated a top-five Georgia team in front of a standing-room only crowd in Death Valley.

Scott, who caught two passes for 41 yards in his first collegiate game in Athens, said he and the other freshmen can’t wait for the opportunity to come out to a sea of orange for the 12:30 kickoff Saturday.

“I know I’m going to get chills coming down the Hill for the first time,” he said. “I’m just ready to take it all in. It’s going to be amazing.”