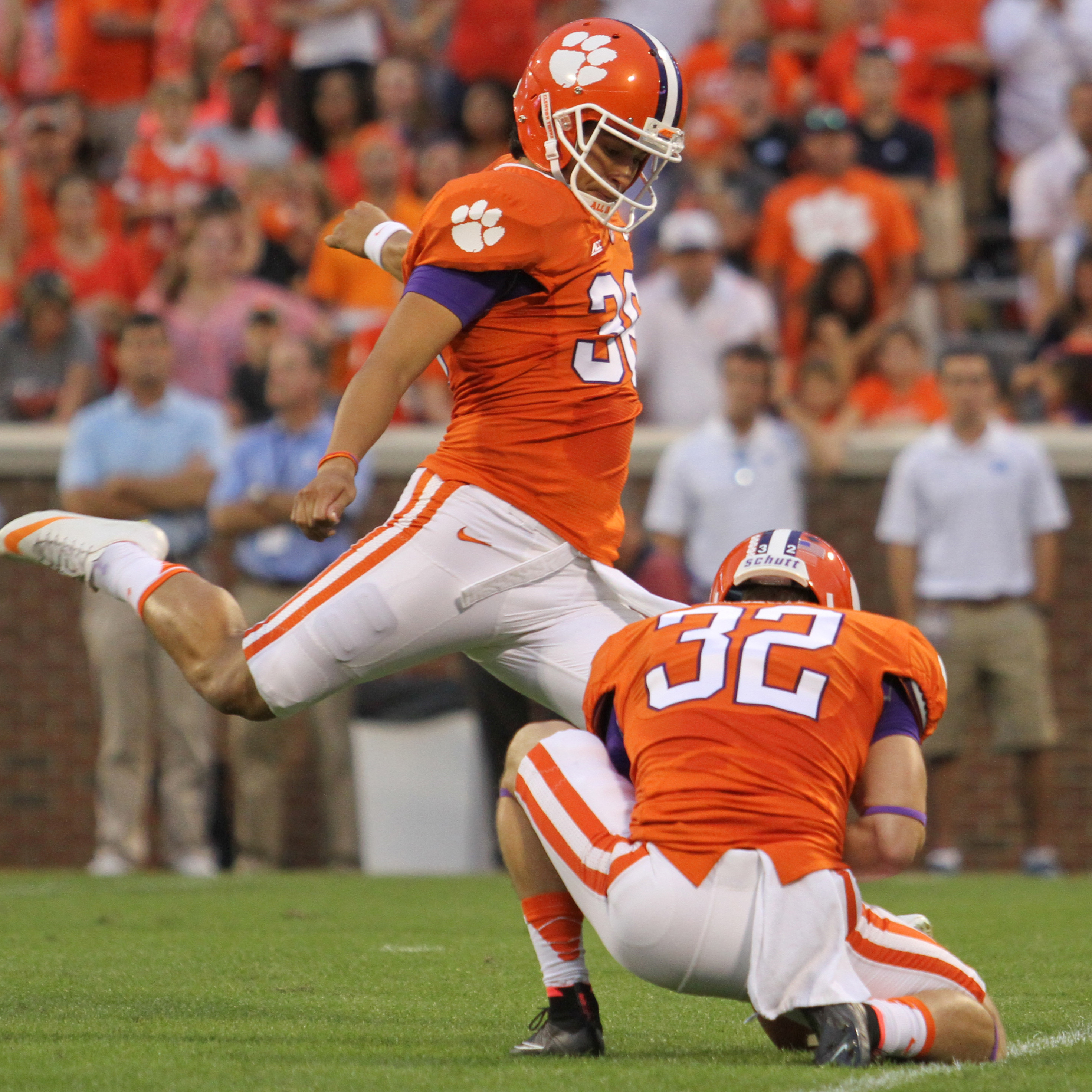 Clemson got back on the winning track Saturday with a 50-35 triumph over North Carolina. Freshman quarterback Deshaun Watson is all the buzz after tossing a school-record six touchdown passes in his first career start. He met with the media Monday, along with offensive coordinator Chad Morris and several other players.

Below are news & notes from the session.

Encore, Do You Want More? Expectations are through the roof for Clemson’s freshman phenom, who shared ACC Offensive Back of the Week honors Monday with NC State quarterback Jacoby Brissett. Morris said he’s warned every quarterback he’s coached to not pay attention to the hype that comes with playing the position.

“We have to remember, Deshaun has started one game,” Morris said. “I’m sure everyone wants to sit by him in class and have lunch with him. Those same people don’t know you after a poor performance.”

Watson said it’s been a different feel the last couple of weeks, now that he’s more of a known figure around campus.

“It’s been a little different, having people stop and ask for pictures,” he said. “But I try and stay humble like my mom always taught me.”

The question now is what Watson can do for an encore?

“I just go out and prepare for each practice and each game the same way,” he said. “Getting the touchdown record was exciting, but I think what excites me the most is getting wins.”

Williams’ Confidence Rising. Sophomore wide receiver Mike Williams had high expectations placed on him after the departure of Sammy Watkins and Martavis Bryant to the NFL, but Morris said he wasn’t entirely ready when the season began.

“Mike didn’t have the best fall camp, but he’s regained some confidence and that’s great to see,” he said Monday after Williams caught five passes for 122 yards and two touchdowns against the Heels.

Williams said it started clicking for him in practice, and he’s been able to carry it over into games in recent weeks. He made a beautiful sliding grab down the Florida State sideline that set up a touchdown, and followed with arguably his best performance this past Saturday.

“It was real satisfying,” Williams said. “I think going up against our cornerbacks has helped me out a lot.”

Support Group. Starting placekicker Ammon Lakip rebounded nicely from a tough outing at Florida State, going 2-2 with a long of 45 yards Saturday against the Tar Heels. He said it certainly was a much more enjoyable Sunday than the previous one.

“I couldn’t sleep after we got back from Tallahassee,” he said. “I was still up at 6:40 and thinking about the game.”

Lakip said he leans on the support of his family and friends during the tough times. He received countless messages and phone calls after the FSU game he said that helped him overcome what he called a “low point” in his career.

“It’s a game of performance, that’s really all that matters,” he said. “So it was definitely nice to have a good day (vs. UNC) and feel the good vibes from the coaches and the fans.”

Single-game tickets for this weekend’s game against NC State, as well as upcoming home games against Louisville, Syracuse and Georgia State, are available through the Clemson Athletic Ticket office. Fans can purchase tickets in person between 8 a.m. and 4:30 p.m., via phone at 1-800-CLEMSON or online at ClemsonTigers.com.