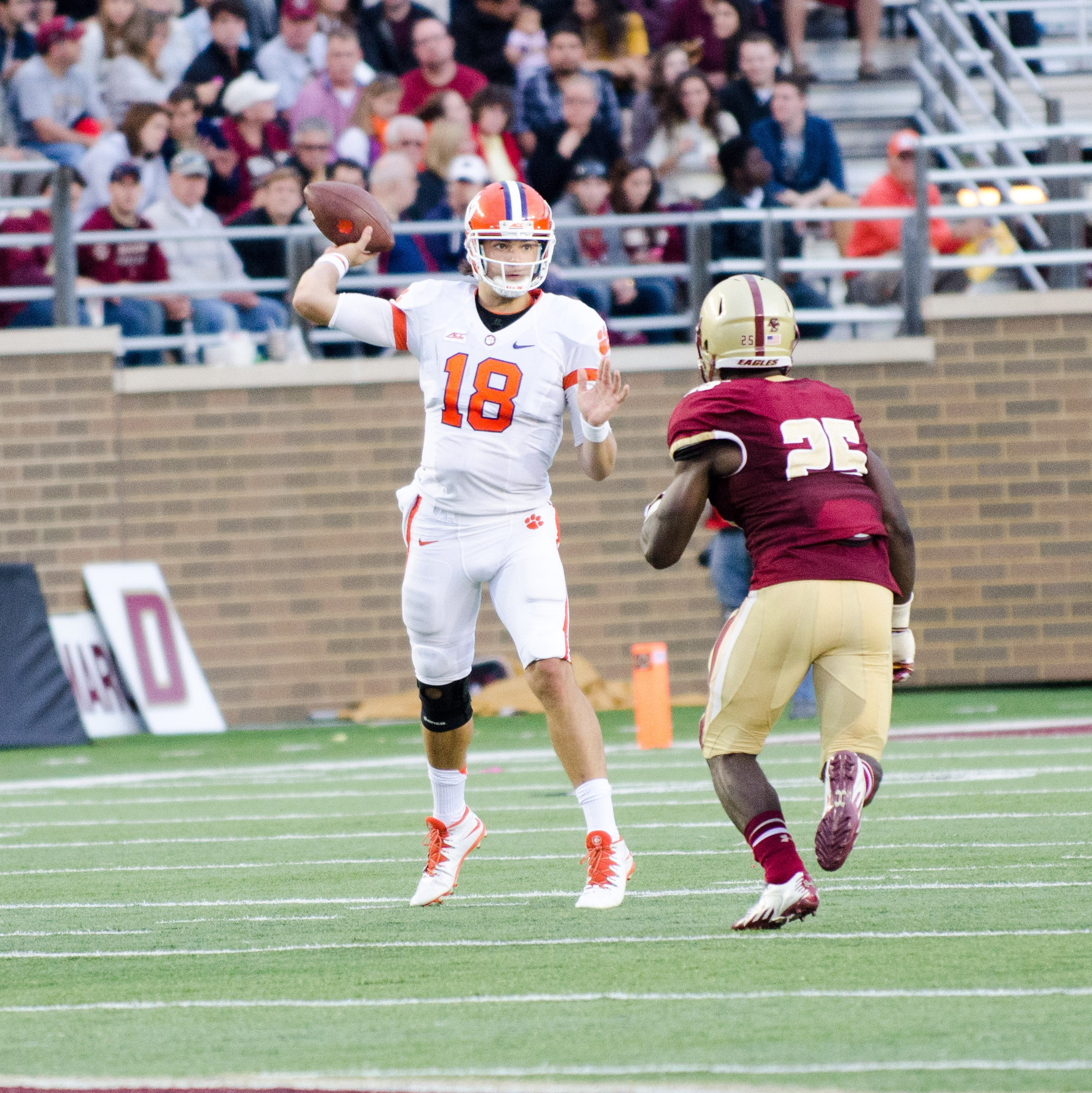 On the heels of a 17-13 win on the road over Boston College, the Clemson offense is licking its wounds. The Tigers lost freshman running back Adam Choice to a season-ending ACL injury, head coach Dabo Swinney announced in his Sunday teleconference. He then added that tight end Jordan Leggett would be out for an extended period with a torn meniscus.

The injuries have led to some frustrations for Chad Morris, but the Tigers’ offensive coordinator insisted Monday that the coaches and players won’t let it affect their preparation for Saturday’s Homecoming contest against Syracuse.

“It’s been really unfortunate for our backfield, losing Zac (Brooks) and Adam for the season,” Morris said. “We’ve had some frustration. But hey, that’s football. You’ve got to go play.”

The Tigers will go play the visiting Orange for the first time in Memorial Stadium on Saturday night. Last season, the Tigers had their way offensively in the Carrier Dome in a 49-14 win. This time around, Morris wants his offense to continue to improve its consistency after scoring 40 points over the last two games against a pair of tough defenses.

“It’s about us getting consistency in some areas we need,” he said. “We did better on third down at Boston College. That was a big improvement from the previous week, when we were atrocious. But we’ve got to be able to win first down, where we’ve been inconsistent.”

The Tigers converted 10 of 21 third-down opportunities at Boston College, none more crucial than Cole Stoudt’s 32-yard completion to Mike Williams down the Clemson sideline to set up the go-ahead score three plays later.

Stoudt said he was in much more of a rhythm at BC than the previous week against Louisville, when he entered in place of injured freshman Deshaun Watson. Despite some lingering shoulder pain and the mounting injuries offensively, Stoudt remains confident in the talent around him.

“It’s been a next man up mentality, like Coach Swinney always tells us,” he said. “It’s important we don’t have a dropoff.”