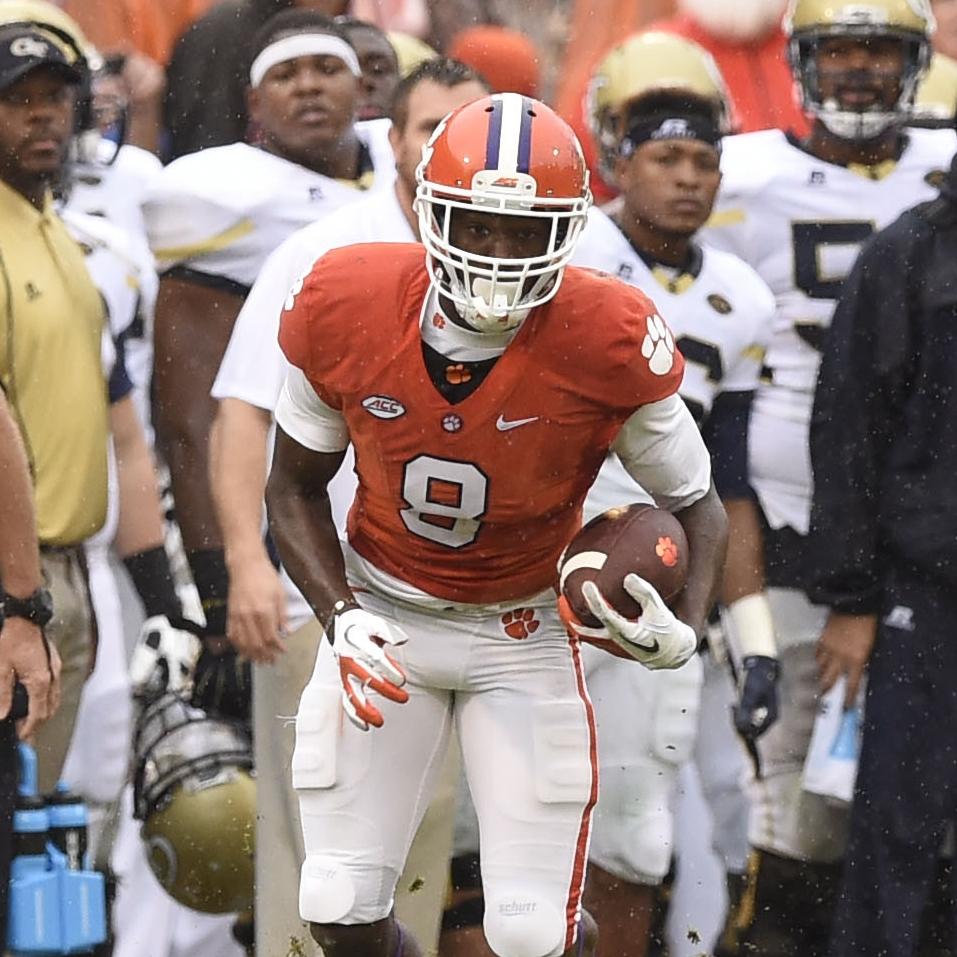 Coming off a season high 537 yards of total offense in a 43-24 win over Georgia Tech, the now No. 5 ranked Tigers had over 200 yards rushing and passing for the second time this season. The offense is currently averaging 195 rushing yards per game, which is on pace to be Clemson’s highest average since 2006.

Center Jay Guillermo, who was named ACC Offensive Lineman of the Week on Monday after grading 92 percent versus the Yellow Jackets, said that the Tiger offense is benefiting from a newfound depth on the field.

“We’ve got a bunch of playmakers that go out there and do a bunch of great things with the football, which really makes it easy to bring guys in and have depth on the field,” he said. “All of our running backs could easily be a starter.”

Guillermo also credits his younger teammates for being a major part of the offense’s success.

“Deon Cain has really come alive, and Hunter Renfrow is just extremely reliable which is something great to see out of a redshirt freshman,” he added. “Then, we have C.J. Fuller in the backfield who has explosive power. Also, Ray-Ray McCloud may be small, but that kid can run.”

While the young players did make many crucial plays, veteran players got in on the action against the Jackets as well.

Senior Zac Brooks — finally healthy after a long recovery from an injury that forced him to miss all of 2014 — had a career long 35-yard rushing touchdown. Jordan Leggett, a junior, has a receiving touchdown in three straight games, the first time a tiger tight end has done that since 2012. He caught a pair of touchdowns in Saturday’s win.

Veterans aside, the emergence of several young playmakers that Guillermo mentioned has coaches and players salivating over the offense’s potential.

Cain had a season-high five catches for 96 yards and is blooming into a great target for Deshaun Watson. Cain said that the making big plays is what drives the offense to keep them coming.

“It feels great,” he said. “Once you make one big play, you want to go out there and make another one. This year. We are more balanced and as we get into the season we know we can run and throw the ball. We have come together as a team and we are trying to stay consistent; that’s the main thing we want to be on the field.”

Cain is also proud of where the team is now, but knows there is more to come in the future.

“Looking at our offense and the talent that we have, there is no way we can say that we have reached our full potential and what we know we are capable of,” he said. “If we keep progressing each week, we will get there.

“All of our young guys are stepping up in our offense. I am really happy for everyone that we are finally out there making plays together. We want to show everybody in the world that Clemson’s offense is the most explosive offense out here.”