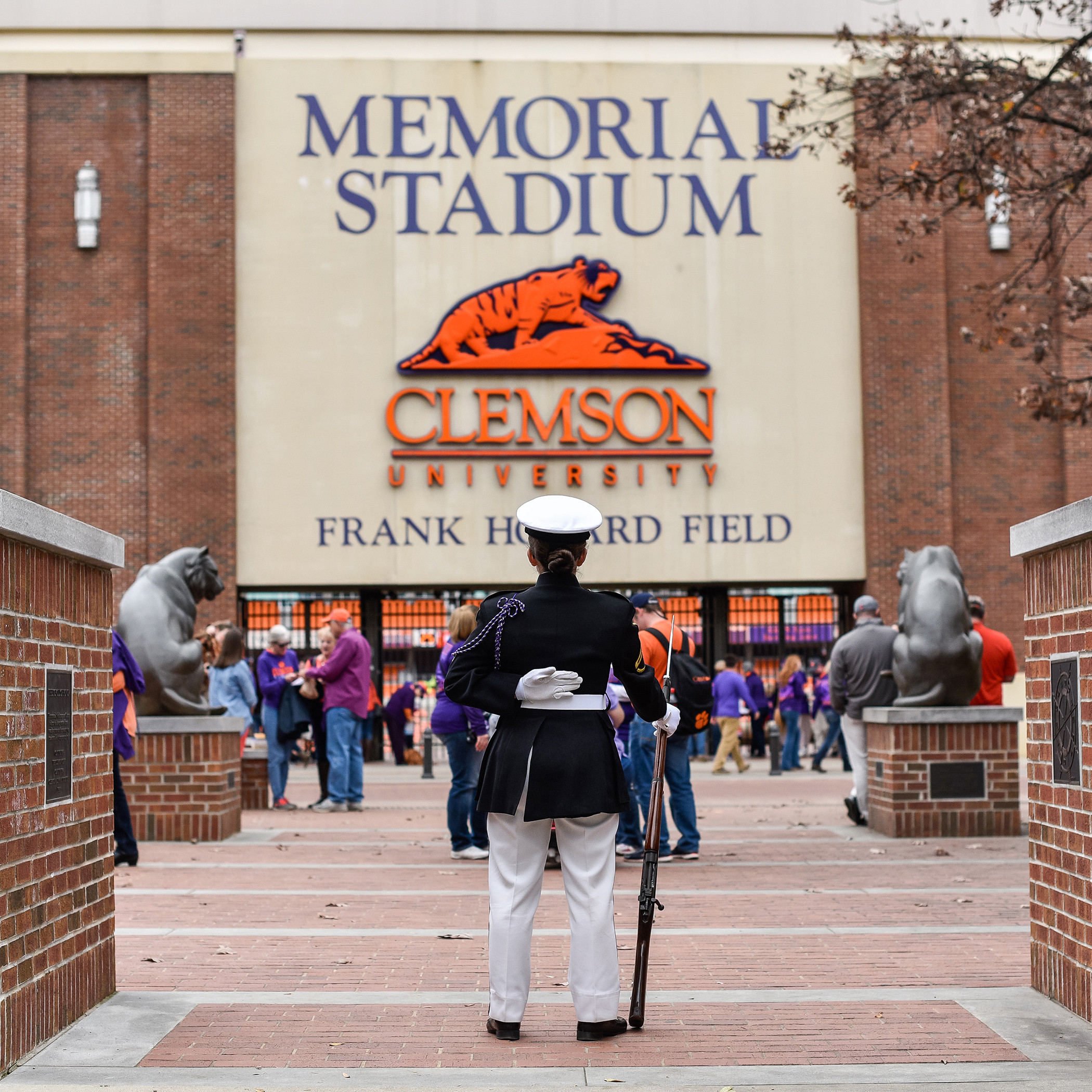 Clemson University celebrates Military Appreciation Day on Saturday as Clemson hosts Syracuse at 3:30 p.m., and the university has a full slate of activities planned throughout the day in conjunction with the 23rd anniversary of the event. The game features a “Purple Out,” as fans are encouraged to wear purple in support of the military.

As part of Military Appreciation Week, Clemson University Staff Senate is hosting a Veterans Appreciation Reception in the Walter T. Cox Plaza on Tuesday from 9 a.m., to 11 a.m., for all Clemson faculty and staff members that are veterans. Light refreshments will be provided along with a small gift as a token of the senate’s appreciation.

On Thursday, flags will be placed on the Scroll of Honor Memorial at 5 p.m. Anyone is welcome to attend and participate in this ceremony.

On Saturday, Bowman Field will have S.C. Army National Guard helicopters and other interactive military displays along with vintage vehicles from the State Guard. The 315th Airlift Wing from Charleston, S.C., will have the “Mini-17” on display on Bowman Field. The “Mini-17” is a scale replica of the C-17, which conducted the flyover of last year’s Military Appreciation Day game.

Following a half-hour Tiger Band performance in the amphitheater beginning at 2 p.m., the military parade rolls from the Holmes and McCabe dormitories. All veterans and current military personnel are invited to participate in the parade. The parade lineup will take place at 2:15 p.m., outside of Bracket Hall.

A flyover by two Air Force A-10s will take place at the conclusion of the national anthem. The lead A-10 will be flown by Clemson Air Force ROTC graduate captain Jim Knauss from Moody Air Force Base. After the alma mater and an enlistment ceremony, fans are encouraged to turn their attention to the sky as members of the Special Forces Association Parachute Team from Fort Bragg enter the stadium. (All aerial activities are subject to change due to weather conditions.)

There will be several special guests and high-ranking military officials in Memorial Stadium for Military Appreciation Day. In-game military recognitions will include the introduction of these officials, the hero-of-the-game, Wounded Warriors and Honor Flight.

Families of fallen service members from the state of South Carolina will also be introduced at halftime. A fallen soldier tribute and 21-gun salute will follow in the east endzone, ending with the playing of “Taps.”

Clemson University sincerely thanks all of our current military and veterans for their sacrifice for our country.