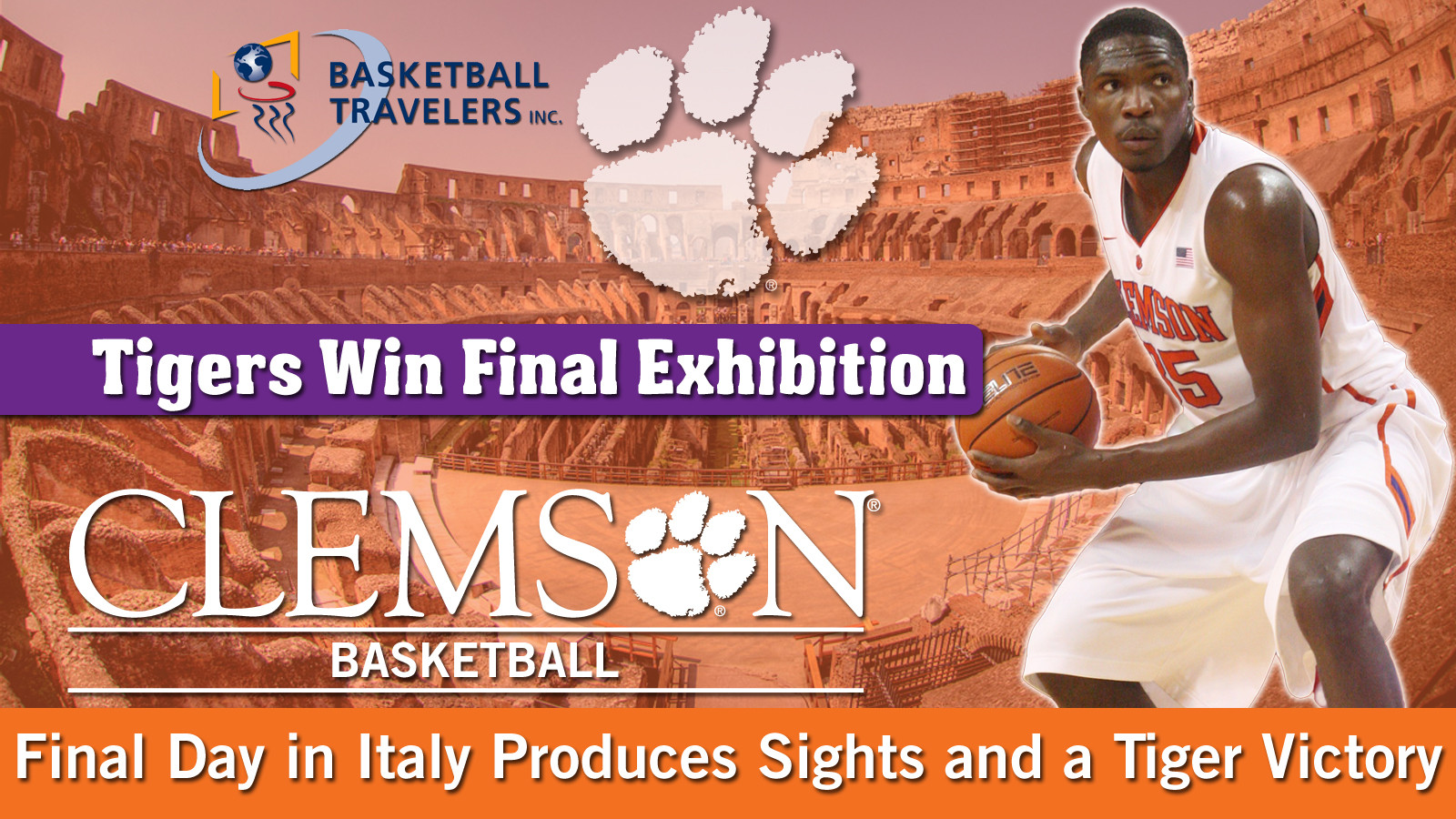 Our final full day in Italy was certainly a memorable one.  It began with a 10 AM boat tour of Lake Como.  Our two large groups boarded boats in Como Harbor, and took off toward the other end of the lake.  Along the way, our tour guide pointed out many of the famous villas and the history behind some of the areas.  We saw the villa owned by famous American actor George Clooney.  We even saw one villa that rents for 30,000 Euros per night.  Per night!

We reached our destination of Bellagio, Italy about an hour after we took off.  Bellagio is a small village that sits at the intersection of the lake, which is in the shape of an inverted Y.  Like many of the places we have visited, it contained narrow, busy streets and plenty of places to shop.  After a 45-minute walk around and some gelato, we hopped back on the boat and headed back to Como.  This time, the boat took us down the opposite side of the lake to see more famous villas.  That’s where we saw one owned by the Saudi Arabia royal family.  Also on that side, we saw a waterfall that runs into the lake under a bridge the guide said was at least 2,000 years old.

Seeing Lake Como by boat was well worth the wait.  It provided some of the most awe inspiring sights of the entire 10-day trip!  In tomorrow’s blog, I’ll reflect on some of the best moments of the trip both on and off the court, at least through my eyes.  Until then, ciao!

Brad Brownell yielded the head coaching duties to his top assistant in this one, Mike Winiecki.  He also started three players – Carson Fields, Patrick Rooks and Josh Smith – who had yet to start a game in Italy.  Now through the tour, all 11 players that suited up earned at least one starting assignment.

The Tigers got off to a fast start in this one, and never looked back.  Freshman guard Patrick Rooks had it going early from long range, as he scored 11 in the opening quarter – all on jumpshots.  Rod Hall took it from there, draining several mid-range shots off of screens from teammates.  He also had double digits in the opening half with 10 points.  He finished tied for team-high honors with fellow point guard Jordan Roper, with 16.

The second half turned into what Damarcus Harrison dubbed a “pickup game.”  The Tigers got out and ran in transition, with the Italians unable to keep pace.  Clemson had 64 points in the paint and outscored Italy 23-3 off turnovers and 31-13 on second chance opportunities.  Josh Smith was a big reason for those second chances, as the sophomore bagged 19 rebounds to go along with a trip-high 12 points.  In all, six players reached double figures as Clemson cruised to the 115-65 win.

It was good to see more Clemson fans in the crowd tonight.  Aurelia Wurzel, a current member of Clemson’s rowing team and a native of Como, was on hand to support her school.  She also stopped by the hotel after the team arrived Friday.  The team took a picture with Aurelia and her older sister after the game.

Here are some other observations from Clemson’s final exhibition of the tour: