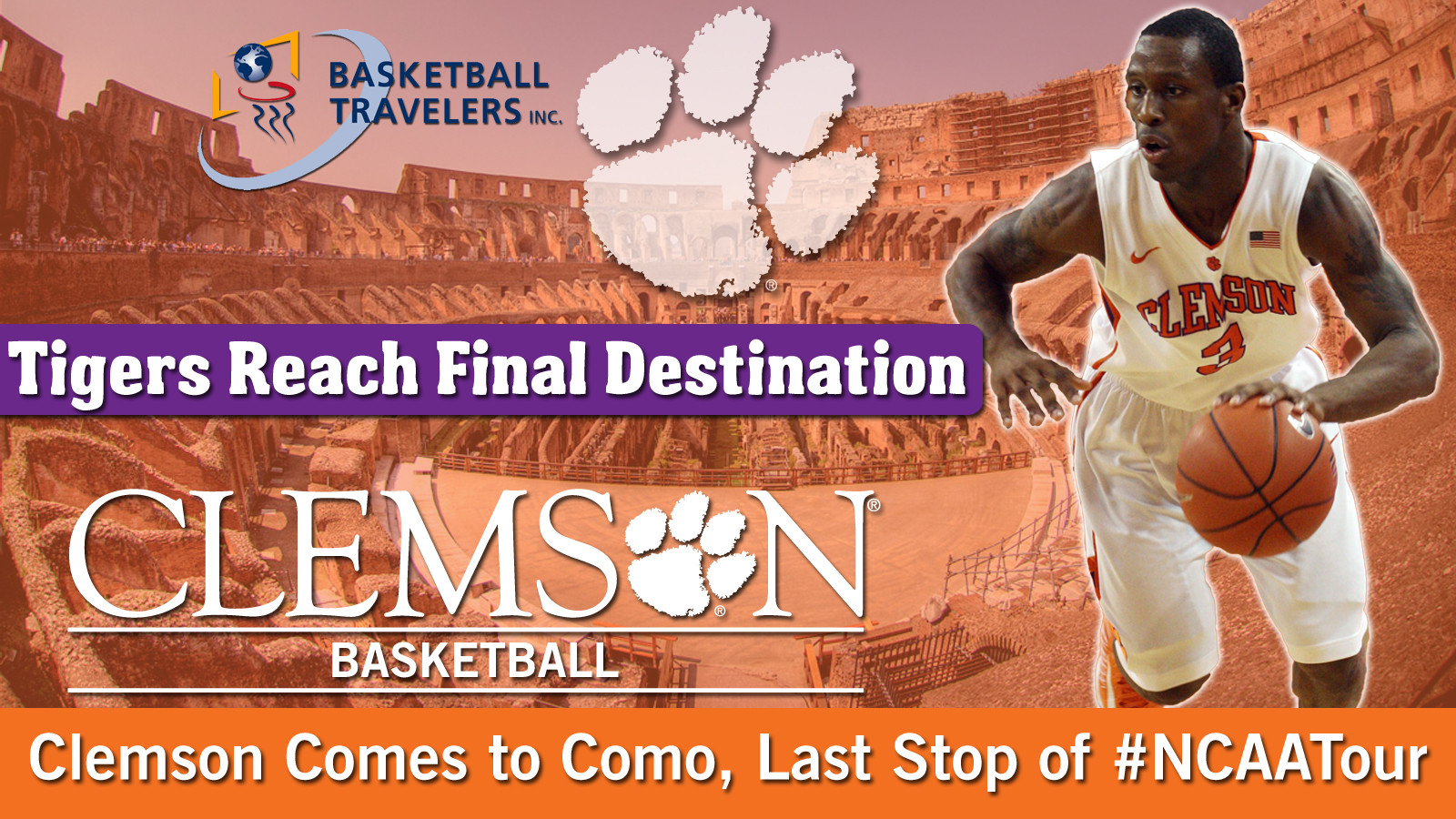 We reached our final destination – Como – and checked into the Hotel Barchetta Excelsior just after 1:00 PM locally.  As we exited the main highway for Como, we caught a brief glimpse of the lake and beautiful mountains that flanked it on the backside.  As I checked in to my room, I was fortunate to have a lakefront view with the Italian Alps serving as a flawless backdrop.

Several of us set out to get lunch and explore almost immediately.  A waterfront park borders the entire area surrounding our hotel, and I went for a walk to take some pictures of the different views of the lakes and mountains.  One of the things that really grabs your attention is the funicular, a railway that connects Como to a small village 2,300 feet above sea level.  Several support staff members took the train up the mountain to take pictures from the top.  I haven’t decided yet if that’s something I want to do, though it certainly would enhance my photo gallery from the trip!  It would only cost about five Euros, too.

We went out to dinner at 7:45 with our entire travel party, as we walked to a local restaurant that had a good reputation for quality and service.  We had an enormous amount of food.  First, they brought us each a plate of calamari as an appetizer.  Then, each player and staff member received a risotto dish with shrimp and zucchini.  After that we had a plate of thinly cut steak, followed by a glass of lemon sorbet.  The meal was capped with fresh fish.  In all, we spent over two hours eating at the restaurant before the players were dismissed.

As they exited, each player shook hands with and congratulated program supporters Steve and Kathy Cawood, who were celebrating their 38th anniversary Friday.  Steve and Cathy live in Clemson, and their nephew Drew, is in charge of security at all our home games.  Drew manages Event Partners, Inc., better known in our athletics department as EPI.

Tomorrow will be a somewhat bittersweet day for us.  It’s our last full day in Italy, and it’s also our fourth and final exhibition game.  The players have had a good week, as this differs greatly from an ordinary regular season game or tournament trip.  We aren’t having scouting reports, meetings or practices.  It’s just show up an hour before, run some sets and get loose, and then play.  I talked with one of our players – Adonis Filer – about the difference with this type of trip, as well as many other interesting topics surrounding his time in Italy.

Q: Your teammates have been pulling all-nighters the entire time we’ve been in Italy, have you been a part of that also?Filer: “We don’t really want to go to sleep, there’s plenty of time to do that when we get back home.  We’re having a great time out here.  There haven’t been any problems between the players.  Everybody’s just really happy.”

Q: A trip like this is different, where you’re not practicing or in meetings.  How has that been?Filer: “This trip has been great for team chemistry.  I’ve gotten closer to the freshmen, Pat (Rooks) and Austin (Ajukwa).  I’ve gotten to know Damarcus (Harrison) a lot better than I did last year.  I’ve gotten closer to K.J. (McDaniels).  We’re getting closer, because we have all the time in the world.  In Italy, all we have is each other.  We’re not constantly on our phones, because once you leave the hotel, the wifi is gone.  We have more time to spend together.”

Q: How about the basketball aspect, what have you seen from the team this trip?Filer: “We’re playing more pressure defense and pushing the ball more.  I like the 24-second shot clock, because we score more points.  At the end of the day, the team with the most points wins the game.  College basketball should definitely look into shortening the shot clock.  It would make the transition to pro ball a lot faster for some of the players.  They obviously use it here in Italy, and it makes you develop more of your one-on-one moves to try and score faster.  Overall, Italy has been fun.  Especially basketball, particularly because we’re winning.”