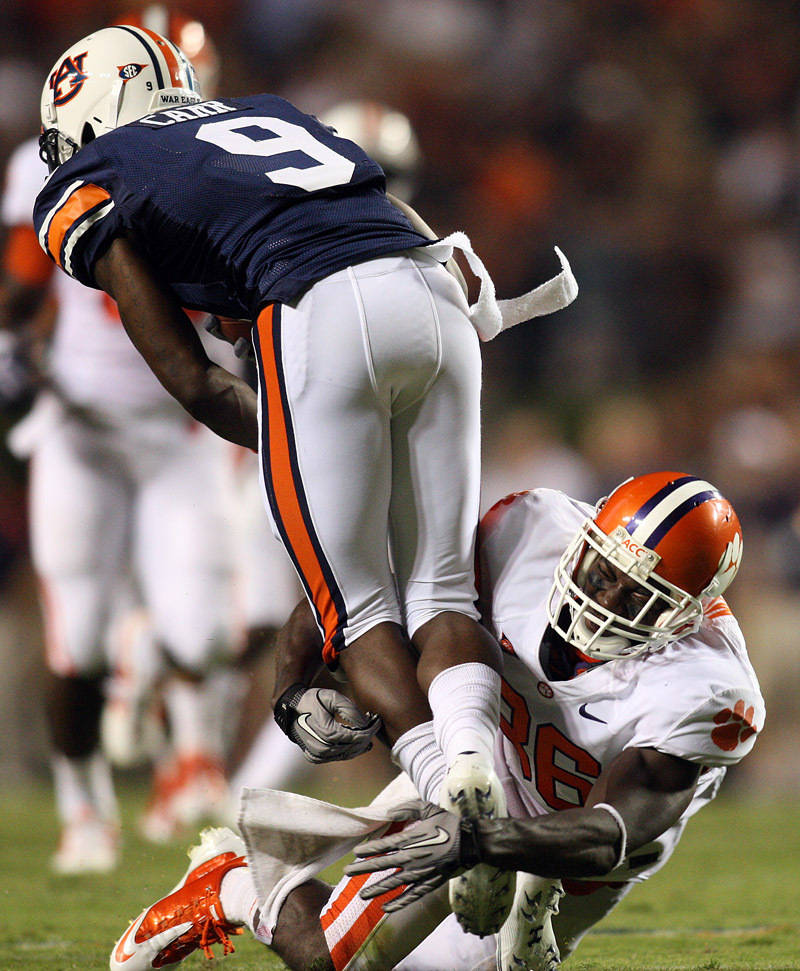 CLEMSON, S.C. – Former Clemson defensive back Byron Maxwell has the opportunity to accomplish a feat no former Tiger has done at the professional level when his Seattle Seahawks meet the New England Patriots in the Super Bowl in Glendale, Ariz. on Sunday.

Maxwell is expected to start for the defending Super Bowl champion Seahawks in the ultimate game for the second straight year. If the Seahawks win, he will be the first former Tiger to play and start in consecutive Super Bowls for the championship team.

Three former Tigers have played with NFL franchises that have won the Super Bowl in consecutive seasons, but none played in both games. Bennie Cunningham (1978,79), Terrence Flagler (1988,89) and Trevor Pryce (1997,98) all were on teams that won consecutive Super Bowls, but all three did not play in the first Super Bowl of their back-to-back victories.

Maxwell, a four-year NFL veteran, has had his best year as a professional in 2014. He started 12 of the 13 games he played in the regular season (missed three games due to injury) and had 39 tackles, including 35 first hits. He had a career-high 11 tackles in a Week 3 victory over Denver. He had two interceptions in the regular season and a team-high 12 passes defended. He also had a caused fumble and recovered fumble.

While Clemson’s 2014 defense led the nation in total defense and pass defense, Maxwell has been a starter on the top defense in the NFL. The Seahawks allowed just 267 yards per game, including an NFL-best 185 passing yards per game.

Maxwell has six tackles in the two playoff victories this season and added an interception of Green Bay Packer quarterback Aaron Rodgers in the NFC Championship Game.

In last year’s Super Bowl, Maxwell had four tackles and a caused fumble in the Seahawks’ victory over the Broncos.

Maxwell lettered at Clemson from 2007-10 and had 165 career tackles to go with six caused fumbles and four interceptions. He was a starter on Clemson’s 2010 defense that was 13th in the nation in scoring defense.

A Seahawk victory would make Maxwell the eighth former Tiger to win multiple Super Bowl rings. He would join Charlie Waters as the second defensive back to win two. Waters was a member of the Dallas Cowboy championship teams from the 1971 and 1977 seasons.