As a walk-on wide receiver, Max May is nothing short of grateful for the opportunities and experiences he has had as a Tiger. Raised in Clemson, May attended nearby D.W. Daniel High School, where he played safety for the Lions.

Although a skilled player, May knew he would not receive a Division I scholarship offer to play football, but he decided to attend Clemson nevertheless. Originally intending to follow the student coaching route, May recounted how the door to the team was opened.

“Coach (Brent) Venables came in to talk to me and told me that I should walk on and that I’d be a great fit. I thought about it for a bit and decided that I was going to try to walk on. I took the opportunity and ran with it.”

Although he was a safety in high school, May decided to make the switch to wide receiver after a recommendation from Head Coach Dabo Swinney.

“When I decided to walk on, Coach Swinney believed I would have a better chance at wide receiver. I didn’t know anything about the position at the time, but I trusted him and made the transition, and it’s been awesome.”

Among his other highlights during his years spent on the team, May is sure to include the relationships he has made and will continue to have many years after he graduates.

“I’ve grown a lot closer to these guys, and that’s the main thing I’m going to take away. The relationships you build are way better than any one win or game. It’s about the people you meet and relationships that are built that will last longer than the four years I’m here.”

While close with the entire team, May has bonded best with Assistant Coach Tyler Grisham, the wide receivers coach, and Josh Jackson, a former Tiger walk-on safety turned wide receiver. Grisham was named a full-time assistant coach following May’s sophomore season, and Jackson graduated in May with a degree in elementary education.

Another similarity both May and Jackson share is the title of P.A.W. Journey ambassador. P.A.W. Journey is a leadership program that is designed to develop the football scholar-athletes through life skills and professional development along with encouraging them to remain positively competitive in all aspects of life.

“Being a P.A.W. Journey ambassador has been awesome. It teaches you how to be a leader and a man, and how we can utilize our platform as a player right now to build our brand and name as a man in the future.”

As a student-athlete, May has risen to the challenge of balancing a sport and school. A three-time ACC Academic Honor Roll member, May has embraced the busy nature of college life and has found his rhythm.

“Obviously, it’s busy. The great part is that you get in a rhythm and find what works for you. Everyone has a different preference, but I was able to find a schedule that works great for me and make the most of it.”

May plans on graduating in May with a degree in marketing and minor in finance. Although unsure of his immediate plans after college, May is sure that his time spent with the program has been rewarding and has helped build him into the man he is today. 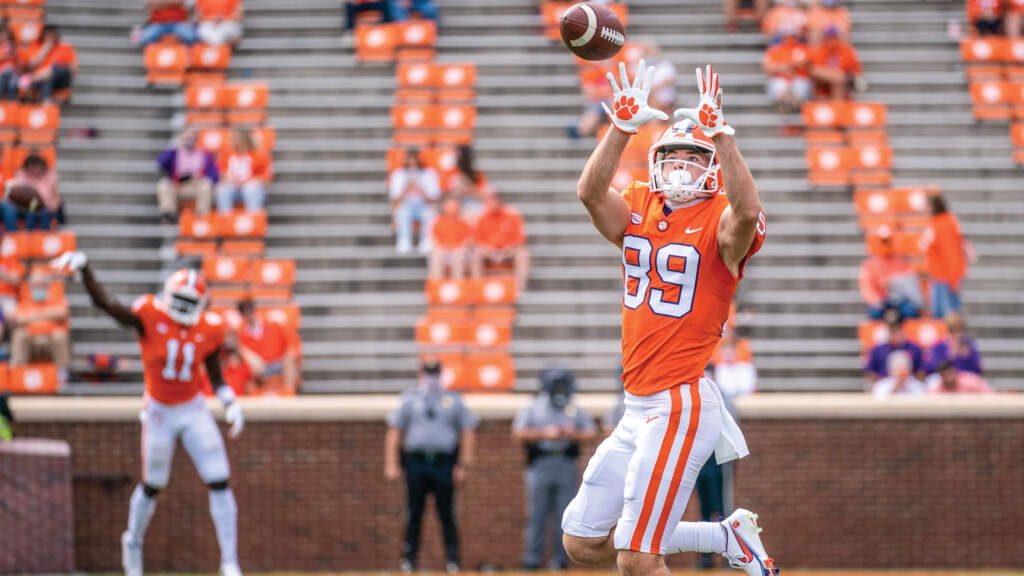