Growing up just outside of Charlotte, N.C. in the town of Denver, Matt McMahan recalled being an avid fan of college football in general. His father was an ACC football official, which offered him the opportunity to attend team practices at many schools across the ACC. Then, one moment in 2008 stood out in particular that put Clemson football on his radar…the program’s promotion of its young wide receivers coach, Dabo Swinney, to the head-coaching position.

“I remember when Coach Swinney got the job, and then I saw the football program and the way it came up. I realized it was somewhere I would really want to go and play.”

However, the linebacker’s path to Clemson was somewhat unconventional. After graduating from North Lincoln High School, he considered a few offers from smaller Division I programs, but his dream was to play for the Tigers.

He attended Fork Union Military Academy, a preparatory boarding school, where he played one season. He then received a preferred walk-on offer to attend Clemson during the following spring semester. In 2019, he made his college debut against Charlotte, a moment he had been dreaming of for years.

Off the field, he decided to major in economics and placed an emphasis on succeeding academically. This value and strong work ethic paid dividends, as he was named to the ACC Academic Honor Roll in his first two seasons. He also advanced through his curriculum at such a pace that he gained the opportunity to receive his degree in three years.

“Academics has always been very important to me, because growing up, I knew it would open a lot of doors both football-wise and in life after football. I was on the honor roll in high school, too. My parents have always emphasized that, and so it’s been a focus of mine.”

In addition to economics, McMahan added a minor in financial management, which presented even greater challenges and sacrifices in terms of balancing his academic responsibilities with football. However, he developed new skills and found valuable opportunities by serving as an ambassador for the program’s P.A.W. Journey leadership initiative. McMahan especially capitalized on its mentorship and internship offerings.

“Through P.A.W. Journey’s networking opportunities, I got an internship with Adobe. I’ve taken advantage of its career development and interview-prep resources. Being an ambassador has been important to me, because now I have good insight on what can help a younger player in those areas.”

In this respect, McMahan is able to impart advice and wisdom to younger student-athletes in the program, whom he encourages to enjoy every moment at Clemson while valuing and embracing the relationships with their teammates. As an ambassador, he also challenges others to soak up every resource and opportunity that Tiger football offers, both on and off the field.

Although he will be graduating after his three seasons on the team, #46 is poised and prepared for his professional career after football. He has plans to attend graduate school and major again in economics, while also pursuing several investment banking internship opportunities during the spring and summer of 2022. But for now, his sights remain locked in on the 2021 Tigers.

“Right now, we’re looking to finish strong and win the rest of our games. We want to finish the season right for this team and leave a legacy here.”

For the walk-on, the journey to Clemson has been nothing short of challenging. But as a Tiger, McMahan has made the most of his experiences and exemplified the meaning of a scholar-athlete. 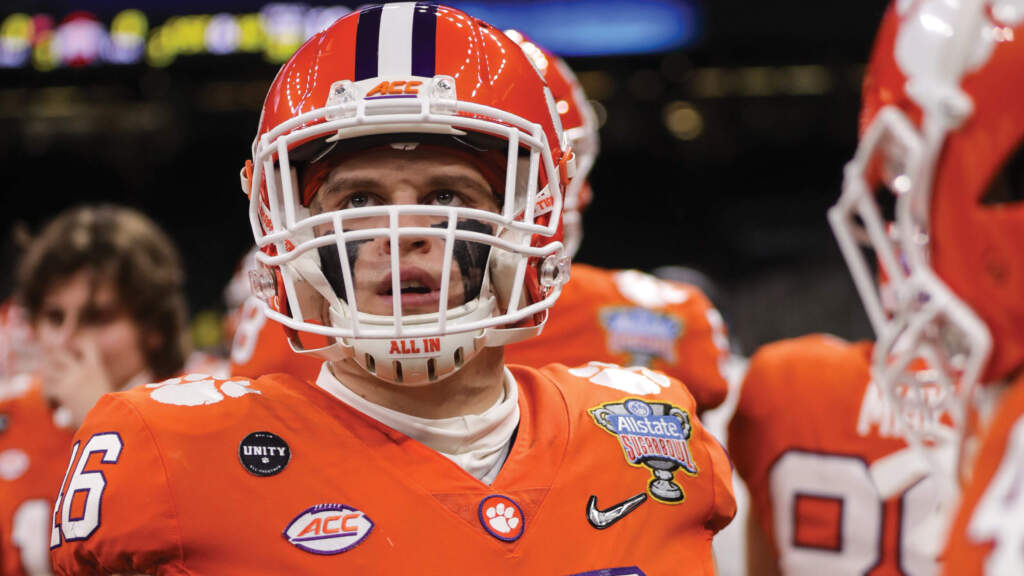