Matt Bockhorst – All In Until The End

It has been a season full of adversity for Matt Bockhorst. He faced a reality that no athlete wants to experience…a career-ending injury. The Cincinnati, Ohio native played 19 snaps at Pittsburgh on Oct. 23 before he left the game with a torn ACL. The physical and emotional hurt that he experienced that day was a hard reality for the offensive lineman.

“It is so cliché, and you hear it throughout your entire football career. You never know when it is going to end, so we all try to play every snap like it is our last. Guys hear that so much that it is hard to internalize it. Once you get that feeling of playing your last snap, it makes you realize how fragile it is and how much of a privilege it is to be able to play.”

Injuries like his leave an athlete in a situation where he feels helpless. But as he has had time to process the injury, Bockhorst has found light on the situation. He said that it is hard to accept, but he believes he is in a good spot.

“As much as football has shaped my life over the past several years, life does not end with football. There is a lot more to be excited about. There are better days ahead and a lot more living to do.”

Bockhorst’s optimism and perseverance do not go unnoticed. He has always been a leader for the Tiger program, making sure to keep the team’s energy high while on the field. He has continued to do everything he can to be a leader and mentor for his teammates.

While he cannot be as involved due to his injury, he is willing and ready to help any way he can. He cared a lot about the team as an active player, and he still does despite his injury.

“We have a lot of young guys, especially on the offensive line. I still want to be there and be a leader. Unfortunately, I cannot do that on the field, but if there is anything that I can do, I am going to do it.

“A lot of the time, it is just encouragement. Some of the guys just need to know to pick their head up and move on to the next play.”

While Bockhorst has been able to keep the team’s energy high, injuries are hard to get over without a support system. For Bockhorst, he relies heavily on his family. He continuously speaks highly of his family and the sacrifices they have made for him.

While they live seven hours away, he still sees them almost every weekend, regardless of if there is a game that weekend.

“I come from a football family. We have so much passion for the game. They know that for me to go out this way is very hard. The support and love they have for me, regardless of the game of football, it is unconditional. I am lucky to be part of a family like that.”

An abrupt end to his season does not diminish his impact on the program. Bockhorst played 1,742 snaps in 47 games (20 starts) in his career. He accumulated many wins and accomplishments while at Clemson, one of the biggest being winning the national championship in 2018.

“Besides winning the national championship, it really is so much more about everything in between. The moments are great and we have won a lot of games, but it has been a lot more about the journey with the guys. It starts in January and finishes in January. You bond a lot through mat drills, spring practice and summer workouts. I appreciate being around the guys, the coaches and the staff members.”

With the help of everyone beside him, Bockhorst has shown his excellence, not only on the field, but also in the classroom. He is a three-time ACC Academic Honor Roll member, and he received his degree in financial management in December. His academic success does not go unnoticed, as he was named a Campbell Trophy semifinalist. The award recognizes individuals who show academic, football and leadership success. He has exhibited all those qualities for the Tiger program.

Bockhorst described himself as a kid from Ohio who just wanted to be a part of something special. He has had many memorable years at Clemson and has created his own meaning of the term “Clemson Family.”

“The term ‘Clemson Family’ is so much more than a slogan…I have experienced it for the past four years of my life. You come to Clemson, and it is a little bit different. It is hard to explain, but you feel it. It says a lot, not only about the football program, but the university. I am forever a Tiger and am looking forward to coming back for years to come.”

Bockhorst continues to keep a positive attitude through his injury while being a key leader for the team. While he may not have had the end to his career he had hoped for, he can still look back on multiple years of success. 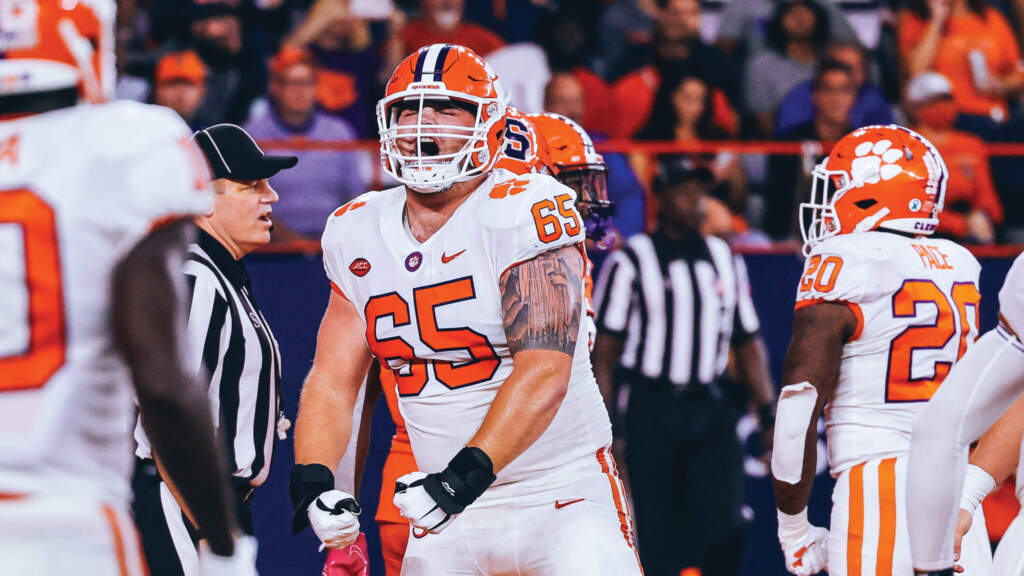