Mario Goodrich has come into his own during his senior season as a Tiger. After having a niche role on the Clemson defense for three years, Goodrich has blossomed into a reliable cornerback on the stellar Tiger defensive unit.

The native of Kansas City, Mo. had many schools interested in his talents out of high school. Goodrich was rated as a top-10 player at his position by most of the recruiting services.

He credits former Tiger great, Butkus Award winner and current Arizona Cardinal Isaiah Simmons for leading him away from the Midwest and into the Upstate of South Carolina. By doing so, Goodrich became one of just a few Tiger signees from the “Show Me State.”

Goodrich fell in love with the culture of Clemson when he visited, and that is what made him want to call Clemson his home away from home. For #31, winning at a high level was an added bonus during his recruitment process as a senior in high school.

“I came here and Clemson immediately felt like a family atmosphere. Isaiah hosted me on my official visit. I was having a great time with him on my visit. He was showing me around the campus.

“I am from Kansas City, and it gets cold in the wintertime. Down here, it can be 50 or 60 degrees in January, so I like the warm weather and the lake, which is awesome. We have a lot of fun things around here to do.”

Goodrich has ascended to become one of the best cornerbacks in the ACC during his senior season. He credited his play to the coaches and to the way he prepared this past offseason.

“First, it is a product of good coaching. I credit the coaches for getting me prepared this offseason. Second, it is the mindset I have had. Looking back from my freshman year to my senior year, I had to focus on the steps I had to take to become the best player I can be.

“I was always banged up at the beginning of my career, so learning how to recover was big for me. I learned how to eat right, and then from a football standpoint, I studied the game, and I looked at receivers’ tendencies and offensive concepts. I became more focused on my preparation.”

Goodrich burst onto the national scene against an explosive Georgia offense in the season opener when he tallied 13 tackles. He has been a consistent lockdown cornerback this season for Brent Venables’ defense.

He totaled four pass breakups at Syracuse, which made him the first Tiger cornerback to do so since 2014, when Garry Peters achieved the feat against Wake Forest. He also won defensive player-of-the-game honors for his efforts at Pittsburgh, where he had five tackles and a pass breakup. At home against the Seminoles, he had another pass breakup and a crucial tackle of quarterback Jordan Travis to keep momentum in Clemson’s favor late in the fourth quarter.

Goodrich was quick to credit Dabo Swinney as the best coach in college football and reflected on what he has learned from him in his four years as a player.

“I have learned from Coach Swinney to live in the now and enjoy the moment. I’ve also learned to have the next-man-up mentality and also the ability to work every day and make the most of it.

“He has also taught me to not take anything for granted in life. I have learned who I am as a man. I’m trying to make sure I am doing the right things for the future version of me.”

Goodrich also happens to play for one of the best defensive coaches in the nation in Venables.

Goodrich’s favorite moment so far while he has been at Clemson was winning the 2018 national championship in California.

“That moment was unreal. The confetti was flying, all my teammates were crying and I saw all the work we have put in. We were able to share that moment with them, and it was very special.”

Goodrich looks to keep building on his special senior year while still enjoying the journey with his teammates. 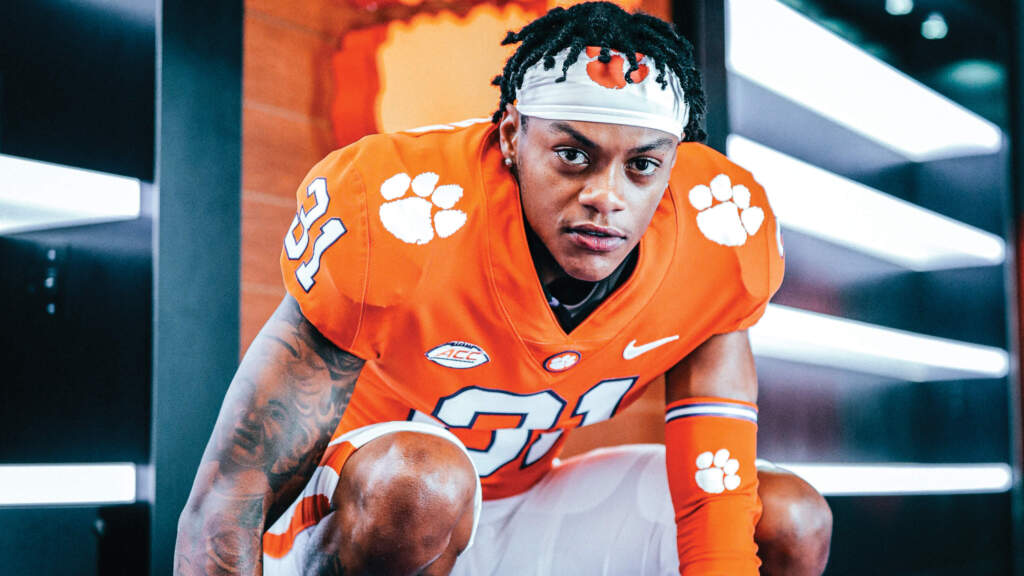