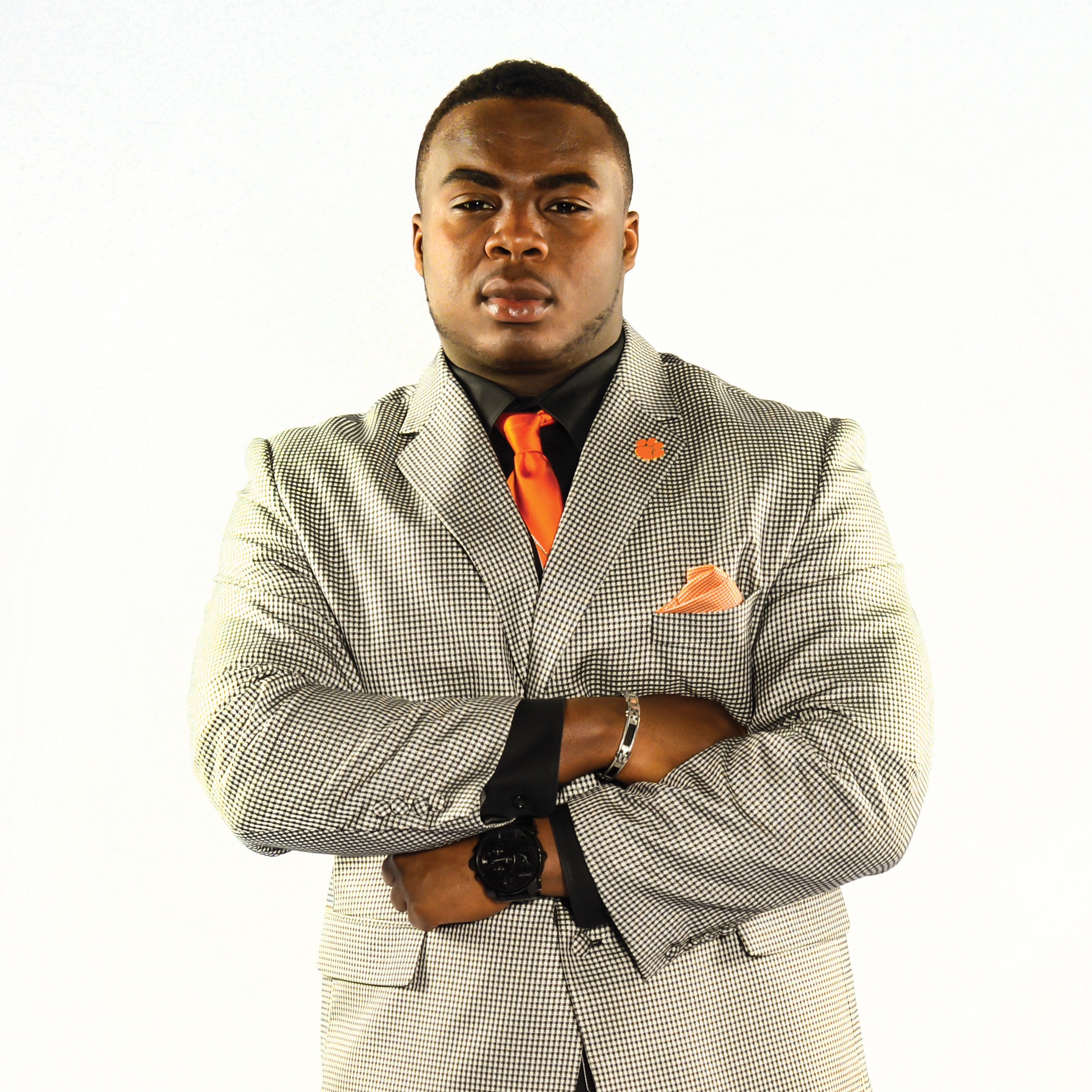 Grady Jarrett was a preseason watch list member for each of those aforementioned honors, as well as a preseason First-Team All-ACC pick by the ACC media, Athlon, Phil Steele and Sporting News. That speaks to the dedication and toil the Conyers, Ga. native has shown in his time suiting up for the Tigers.

“That’s awesome,” said #50 on the high praise in the preseason. “It’s been awesome, but that’s a testament to hard work over the seasons. I know I have to keep working.”

Jarrett has accumulated 200 tackles, 26 tackles for loss and 5.5 sacks as one of the main stop-gates in the middle of the Tiger defense the last two seasons. The stout defensive tackle really burst onto the scene in 2012, when he was an honorable mention sophomore All-American by CollegeFootballNews.com, an Honorable Mention All-ACC selection by the league coaches and Clemson’s co-defensive player-of-the-year according to the coaching staff.

That honor probably meant the most to Jarrett, and it was a testimony to what the coaches think of him.

“Grady Jarrett represents Clemson football,” said Head Coach Dabo Swinney. “What a worker. He does not get the attention he deserves from the media, but if you talk to opposing offensive coordinators, he is one of the most respected players in our conference. They all know what he does to make our defense among the best in the country.

“I can’t say enough about Grady’s leadership qualities. He is one of he biggest reasons this class has won 40 games.”

Jarrett is one of 28 seniors who is playing in his final game at Clemson on Saturday. The senior class already owns the school record for ACC regular-season wins.

The 6’0”, 290-pound team leader has been a part of the Tiger defense that has seen a revitalization in recent years. This season, Clemson’s defense is first in the nation in third-down conversion percentage (27.1), tackles for loss per game (9.9) and total defense (252.4), second in first downs allowed (150) and passing defense (151.5), sixth in sacks per game (3.55) and seventh in rushing defense (100.8). Jarrett has played a big part in those impressive national rankings.

How he has been able to do what he does could be partly attributable to a background in a sport other than football, as he was a member of the Rockdale County High School wrestling team who won a state heavyweight title as senior. He is quick to point out the carryover that a sport like wrestling can have in a lineman’s effort in a battle in the trenches.

“It’s something you learn and never forget,” explained Jarrett on his accrued experience wrestling. “It definitely transitions over to this game and it has helped me as a player. It’s one of those things that you have to go through and do to use it to your advantage. It’s not like I’m out here using wrestling moves, but it does help with things like body control and leverage.”

While he was a wrestler and also a shot-put state champion in high school, Jarrett was also making his mark on the gridiron as a two-time all-state selection and three-time pick as the team’s best defensive player.

For the brutish Jarrett, defense is nothing new. It is something he has been around his whole life, as he shares a very close relationship with a Super Bowl-winning defensive player in his own right, Ray Lewis.

“I call him my uncle,” admitted Jarrett of Lewis. “I call him whenever I need some advice and he comes up (to Clemson) all the time. He comes up to talk to the team or wherever we might be playing.

“It’s one of those intimate relationships where I can ask him anything. He’s been in my life since I was five-years-old, so he was always there for me as I was growing up. He’s always been a part of my family.”

Now, Jarrett has become part of a different family, the Clemson Family, one that will miss him, his dedication and his impact once his time closes as a Tiger. Jarrett is the first to admit that each Tiger has his moment as the center of attention in Death Valley, and his is drawing near.

“Everything that I’ve been through is going to run through my head,” he said of the moment when he will board the bus, ride around the outskirts of Memorial Stadium and run down the Hill for the last time.

“I’ll probably reflect on things like that more after the game, because we still have to go down and play a game. It’s definitely going to be a special moment and something that I’m going to try to take in. Everyone comes and everyone leaves, and my time has been served here.”

For now, there is still business to take care of. For a man like Jarrett, dedication and a narrow-minded attitude toward the task at hand is still there, and he knows perhaps more than anyone that there is still plenty of work to be done this season for the Tigers, most notably trumping a South Carolina team that has not been topped in Jarrett’s four years in Tigertown.

“The season isn’t over yet and we’ll see where everything stands at the end of the year,” he added. “It has been great to have those recognitions, but the things that matter to me are where we are at the end of the season.”