Clemson University will celebrate Military Appreciation Day Saturday as football hosts Wofford at 4 p.m., and the university has a full slate of activities planned throughout the day:

Fans who have a ticket to this game and are unable to attend are encouraged to donate their tickets to a veteran by visiting clemsontigers.com/militarytix.

The game is designated as a “Purple Out,” and fans are encouraged to wear purple in support of the military. Clemson is proud to partner with Colosseum, 47 Brand and Operation Hat Trick in support of Military Appreciation Day merchandise and support of our Military.

Tying into Military Appreciation Day, Clemson-branded Operation Hat Trick (OHT) product will be available online at www.shopclemsontigers.com and in-venue during the game, as well as at other local retailers. OHT is a non-profit organization that increases awareness, support and funding for the recovery of wounded service members and veterans through the sale of branded merchandise, proceeds of which are distributed to selected organizations that support OHT’s mission.

Clemson was one of the first universities to adopt the OHT program when it launched as a national brand in 2012.  Last year, Clemson was the top selling OHT collegiate partner and received recognition from OHT by winning the OHT Excellence in Service Award. This award is presented to universities that demonstrate a strong commitment to OHT and OHT’s military support mission.  As a recipient of the Service Aware, OHT donated $11,000 in Clemson University’s name to Purple Heart Homes – Golden Chapter in the local marketplace.

A list of pre-game and in-game presentations and recognitions are available here: 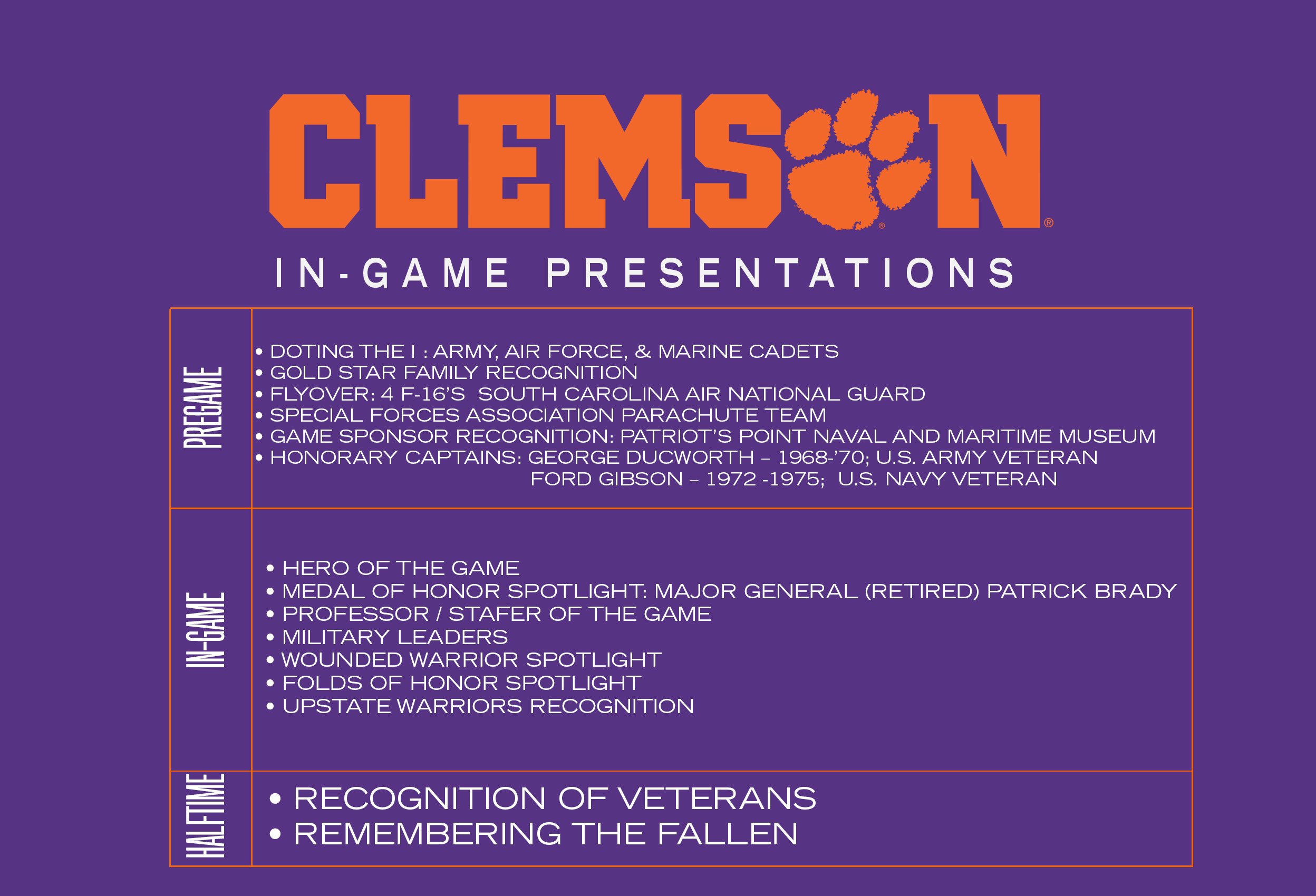 Clemson University sincerely thanks all our current military and veterans for their sacrifice for our country.