Senior running back Lyn-J Dixon has lived out his dream of playing for the Tigers, and he has done so while putting up some strong numbers as a backup. He entered 2021 with 1,372 rushing yards and 13 touchdowns on 208 career carries. His yards-per-carry figure (6.6) was second in school history as well.

“I got into football when I was very young. I used to watch football a lot and play all the video games. I practiced by tackling pillows at my grandma’s house. It was always my dream to play football.”

Coming out of high school as a top-10 running back in the country, Dixon was coveted by other top programs in the country, but he chose Clemson due to its military heritage.

“What made me choose Clemson was that my mom was in the military, and seeing Military Appreciation Day, that was big on me because she was in the Air Force all these years working hard. It showed that this university is family based.”

In Dixon’s eyes, Clemson is different than most of the other top college programs because of the emphasis the coaching staff puts on life after football.

With a career like Dixon’s, it can be hard to pick one specific memory that stands out after playing football for a lifetime. Dixon was quick to point out his favorite memory while wearing orange and purple came during the 2019 season.

“We were playing Charlotte in Death Valley and we were on the three-yard line. I jumped over the pile and scored. It was cool to do it in front of the fans and my family.”

Dixon brings a lot to the Clemson offense after the loss of key playmakers from 2020. Dixon believes he brings a different running ability.

“My vision and quickness can be valuable to the offense, as well as my hard work and intensity. I would do anything for this team, I will put my life on the line for this team.”

It is easy to say why his teammates like Dixon. His selfless attitude and willingness to give his all for the team and for the teammate beside him is a mark of a leader. But Dixon had a hard time answering who is his favorite Tiger teammate.

“I like all my teammates…I do not have any favorites. I like all the guys because they are my brothers. I can vibe with any of them. I am a good communicator, so it is easy and fun to be around all my brothers.”

Dixon is replacing arguably Clemson’s greatest running back of all-time in Travis Etienne. Dixon was quick to praise his former teammate.

“Travis was a great teammate. He taught me so much on and off the field. He made me better as a player, but more importantly as a man.”

From replacing one Clemson legend to being coached by another (Running Backs Coach C.J. Spiller), Dixon loves the energy Spiller brings to the running backs room.

“He really is a great coach. He is going to be on you and he’s not going to let you drift away from the details. He keeps pushing you and motivating you to be your best. That’s what I love about Coach Spiller.”

Dixon comes off as a very relaxed and fun individual, but his top priorities are school and football.

“I really do not have hobbies…I just want to play the game with my teammates and try to win big games.”

Clemson has prepared Dixon for life after football as well, and he is ready to chase his dreams when it is time to hang up the cleats.

“After football, I want to make movies or be a trainer. I want to do something that involves me moving around. I cannot be sitting at a desk.

“I want to chase my dreams when football is over. The program here at Clemson has prepared me, because the coaches are detail orientated and they are going to make sure the players do it right.”

Dixon is praiseworthy that Head Coach Dabo Swinney holds all the players to the same standard.

“He does not care who you are…you could own the planet, but he still is going to hold you accountable. That is why he’s been so successful as a coach…he holds everyone to the same standard and wants everyone’s best.”

Dixon does not have individual goals for his senior season. He just wants to win games with his teammates.

“I really do not look into individual goals. I just want to win games with my teammates and celebrate our success. That’s the whole reason we line up and play. So it would be nice to have 1,500 all-purpose yards, but I would much rather win with my teammates.”

Dixon is ready to end his senior season on a high note after concluding the last two seasons with losses in the College Football Playoff.

“I just want to win,” added #23. “The last two years have been hard, but it has motivated my teammates and me. We cannot wait to hopefully be in a big-time game in January.” 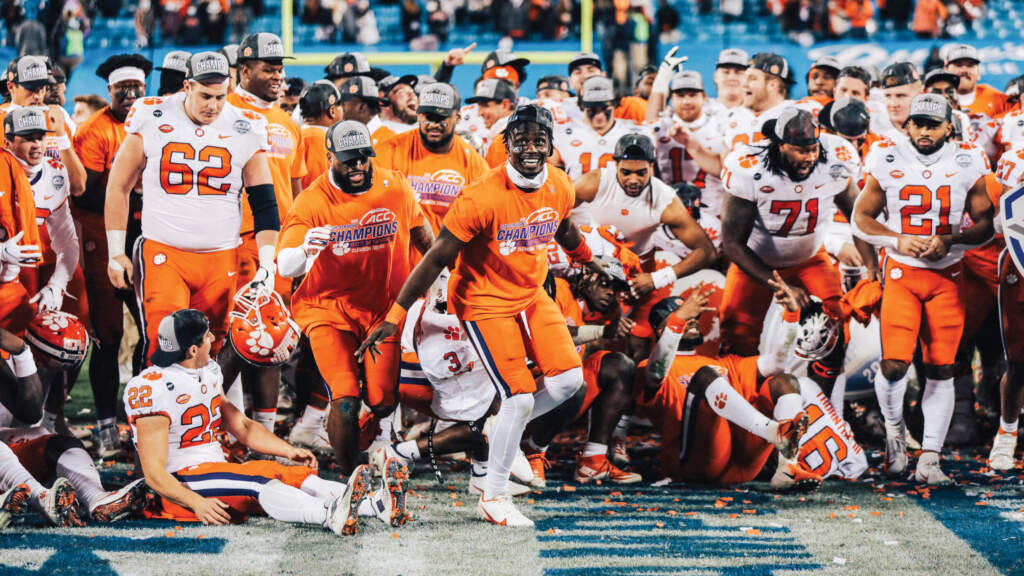