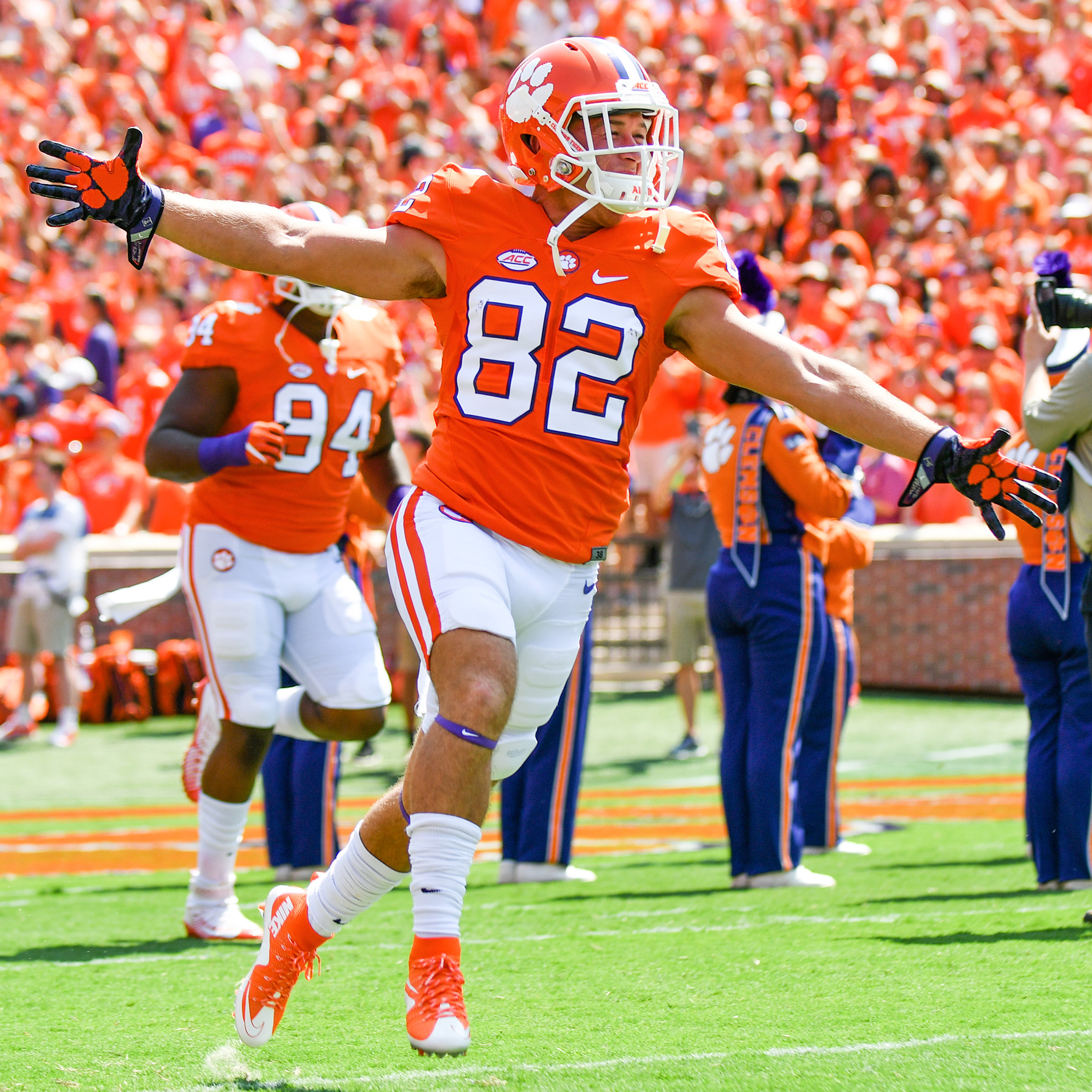 For wideout Adrien Dunn, nothing is taken for granted. Despite suffering a season-ending knee injury on a 30-yard punt return against SC State, Dunn is relishing every moment of his senior year.

“My expectations for the situation I’m in is to take advantage of every opportunity that I have left.”

Dunn is a young man who never backs down from a challenge or allows the little things in his life to go unnoticed or unappreciated, and he has fulfilled a lifelong dream by suiting up for the Tigers. A Clemson native, Dunn ran down the Hill as a six-year-old playing for the Central Tigers and aspired to be a Clemson Tiger.

Following a standout career as a wideout at Daniel High School, Dunn could have taken his talents elsewhere, but he chose to pursue his ultimate goal.

“I was offered a couple of scholarships to small schools, but why not try the biggest one? Coach (Dabo) Swinney offered me a preferred walk-on spot, and I had to take advantage of it.”

Dunn is no longer a walk-on, and his fondest memory at Clemson is being awarded a scholarship by Swinney.

“I remember calling my mom after that. That was pretty awesome.”

Undersized for his position but sporting the heart of a lion, Dunn has never allowed anyone to outcompete him throughout his college tenure and has remained solely focused on doing what is best for the squad.

Even now, just a month removed from major knee surgery, Dunn is balancing his arduous rehab with the responsibilities that he has taken upon himself as a veteran voice of the team. A model citizen, student and teammate, Dunn is emblematic of the Clemson football program, one that Dunn thinks is as special as any in the nation.

“The little details are important to us. Every single thing that we do is super detailed, and everything matters.”

Never one to take anything for granted, Dunn is incredibly appreciative of the opportunity he was presented with by Swinney to be a member of such a tight-knit, talented receiving unit.

“I don’t take it for granted that I’m out there with the best receiving corps in the country. I’ve learned a lot. I’ve learned from my coaches, I’ve learned from the players I’ve played with and I’ve made a lot of great friends through all of it. So it’s been a great experience.”

Heavily influenced by Swinney and his coaching style, Dunn plans to pursue coaching after graduation.

“I want to be a graduate assistant, either here or somewhere else, and get a master’s degree. I really want to be a coach, so that’s what I’m pushing for.”

A tenacious competitor throughout his college football career on both offense and special teams, Dunn has utilized that trademark tenacity to take on his recovery. While an arduous battle, his convalescence from torn knee ligaments is progressing smoothly. He underwent surgery in early October and is currently rehabbing, as #82 is already antsy to complete his recuperation.

“Eventually, I’ll be able to move around a little better, and I want to get out there and be more on the coaching side of it.”

From the outside looking in, Dunn may seem like an underdog success story, but when taking into consideration all that he has to offer in terms of willpower and perseverance, he is not really an underdog at all. With the heart of a lion, Dunn made his lifelong goal of becoming a Tiger a reality. Thus, he is living proof that with hard work and determination, dreams, on the gridiron and beyond, can indeed come true.