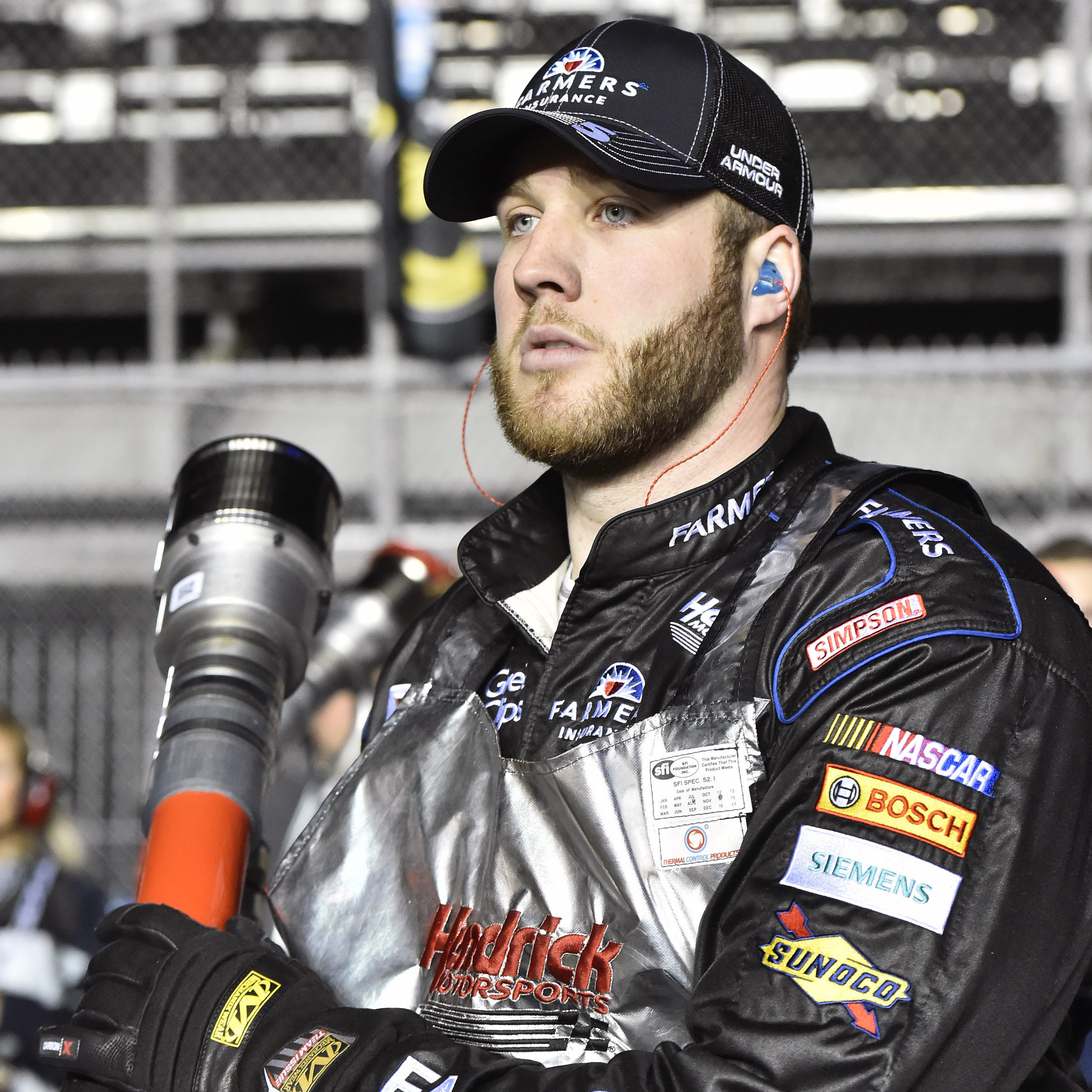 Life in the Fast Lane

Nearly every weekend from February to November, NASCAR races feature 43 teams visiting pit road often to refuel and replace their tires. Six members per team are allowed over the protective wall to service a car, all with the same goal in mind — get the driver in and out as quickly as possible.

Because the 12 to 15 seconds the average team needs to get its driver in and out of the pit stall are critical, the National Association of Stock Car Auto Racing has seen crews tap heavily into the market for former college athletes in recent years.

When the green flag dropped on the 2015 Sprint Cup season at Daytona International Speedway on Feb. 22, ex-Tiger football lineman Landon Walker was among those over the wall, amidst all the action of race cars zipping around pit road at about 55 miles per hour.

“There’s a very small margin for error,” Walker said. “It makes it fun, but at the same time it’s stressful. You’ve got to be on your game every race, and every stop.”

Walker is in his first season as the gas man for Kasey Kahne’s No. 5 Farmers Insurance car in NASCAR’s top circuit, and is the second-year fueling specialist for Chase Elliott’s No. 9 car in the XFINITY Series. He was part of Elliott’s championship-winning crew in 2014.

“It was a blast,” he said. “They didn’t expect a lot out of our team until we won at Texas, and then the next race at Darlington. When we won in Chicago in the summer, that put us in good position to win the championship. We had a great team, and worked well together. The camaraderie is a lot like football.”

Walker was a four-year starter on Clemson’s offensive line and graduated in 2011, the same year the Tigers broke a 20-year drought and won an ACC Championship. He is tied for second in the program’s decorated history with 49 starts, trailing only current Arizona Cardinals placekicker Chandler Catanzaro.

Following his playing career, Walker signed as an undrafted free agent with the Cincinnati Bengals. But amid concerns about the health of his knees in the long term, he decided to call it a career on the gridiron.

“One day a couple of weight room coaches from Hendrick Motorsports came to check out Clemson’s facility,” he said. “I showed some interest and they called, and asked if I wanted to start with them. They do tryouts, almost like a combine. They had us do 40-yard dashes and cone drills. They know it’s a foreign language to most of us at first, so they want to see who picks it up the fastest.”

Walker, who grew up in the heart of the sport’s Southern roots in North Wilkesboro, N.C., caught on quickly. He went over the wall six or seven times with David Gilliland’s No. 38 car in the Sprint Cup series as the backup his first year before signing on full-time as Elliott’s primary gas man in 2014.

The opportunity to move up to a full-time role in Sprint Cup surfaced when Kahne’s veteran gas man, Chris Fasulka, retired. Coupled with his growing interest in fueling cars, the timing was right for Walker to step into Fasulka’s position.

“I went to the coaches and showed interest in doing gas only,” he said. “It was the position that would allow me to move up the fastest.”

Like football, race teams have strength & conditioning coaches, and even coaches whose sole job is to maximize the crew’s pit stop performance each week. Walker’s specific position is more than simply plugging the two 96-pound gas cans into the car. It involves intricate footwork, as well as the ability to handle pressure — two things that correlated with his Tiger football career.

Walker’s typical workweek starts with a Yoga session on Monday, followed by a review of the previous week’s XFINITY race. On Tuesday, the Sprint Cup team looks at film of each stop during the previous race, focusing on the positives and negatives. The crew chief and pit coaches hold meetings with the team members.

Crew members alternate between workouts and pit practices on Tuesday through Thursday each week as well.

“We have three or four practice cars in the department, and guys come in specifically to drive them around, and bring them in as we simulate a pit stop,” he said.

Rick Hendrick is one of the most successful car owners in NASCAR history, with 11 Sprint Cup championships won by his drivers. In addition to Kahne, Hendrick’s current drivers are some of the most popular and successful in Sprint Cup history — Jeff Gordon, Jimmie Johnson and Dale Earnhardt Jr.

Walker said it’s been a blessing to work for such a revered car owner at such a young age.

“The drivers who work for Mr. Hendrick are all big-name guys,” he said. “I never thought I’d be at this level in a million years. But football gave me that platform, especially at Clemson. I can’t tell you how many times people want to talk to me just because I played at Clemson. It’s a big deal around racing.”

Walker follows the program closely, despite his busy schedule. His biggest memories aren’t of specific games, but rather the four-year run in its entirety — culminating with the team’s ACC title his senior year.

“That was a lot of fun,” he said. “We set a standard, and an attitude has followed. We had that 20-year dry spell, but we changed the game a little bit. Big bowl wins and 10-win seasons have followed. Clemson’s coming, and it all started with our senior class.”

With a championship already under his belt in NASCAR, Walker’s professional career is off and running. And the lessons learned on the gridiron have played an influential role in his everyday mindset.

“I’m not hitting another human being on every play, so it’s a little different,” he said. “But everyone has to do the job for us to be successful.”