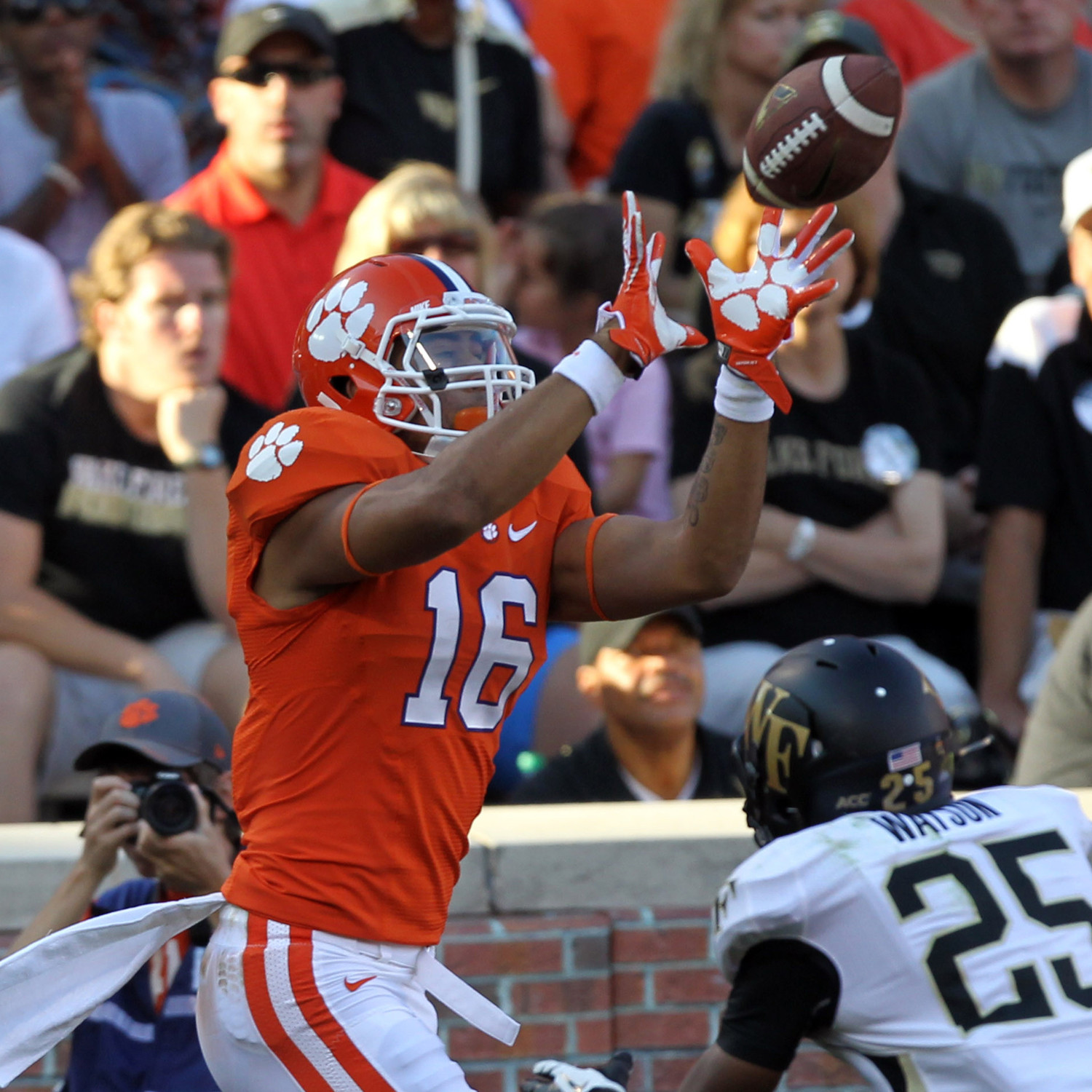 Leggett has caught four touchdown passes so far this year, including at least one in each of the last three games.   The last Clemson tight end to do that was Brandon Ford in 2012.   The record for a tight end is four straight games with a touchdown by K.D. Dunn in 1983.

Leggett had two touchdown receptions among his four receptions for 56 yards in the win over Georgia Tech.  He tied a school record for touchdown catches in a game by a Clemson tight end.  For the season, the junior from Navarre, Fla. has 13 catches for 145 yards for the fifth-ranked Clemson team.  He is third on the team in receptions, third in receiving yards, but first in touchdown receptions.