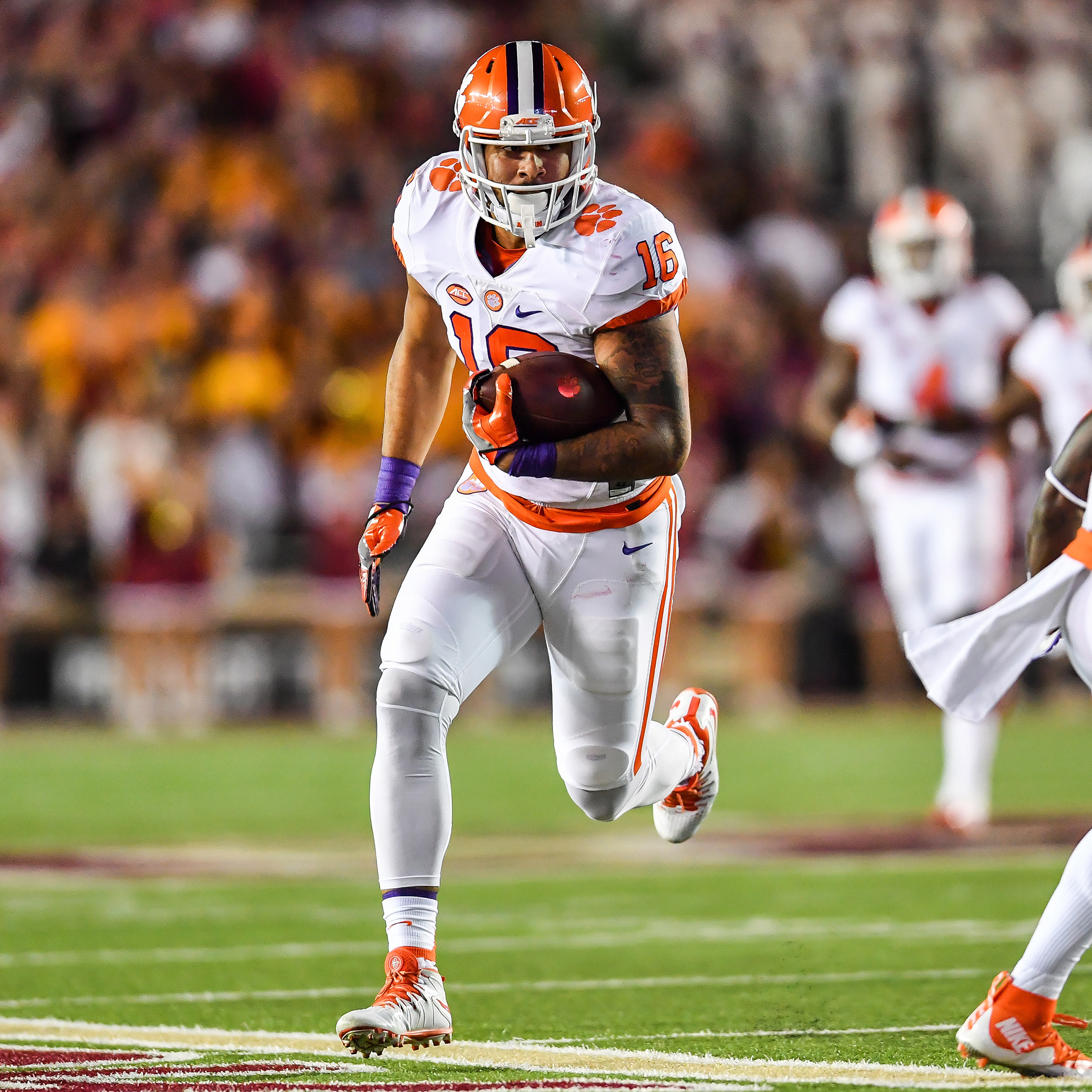 Clemson, S.C.–Clemson senior tight end Jordan Leggett has been named on of three finalists for the John Mackey Award. It marks the second consecutive year he has been named a finalist, the first tight end in Clemson history with that distinction. Leggett is joined by Jake Butts of Michigan and O.J. Howard of Alabama.

Leggett has 31 receptions for 530 yards and four touchdowns this year. Two of those touchdowns were fourth quarter game winners, a 31-yard scoring pass from Deshaun Watson with 3:14 left to beat Louisville and a 34-yarder from Watson with 2:06 left to beat Florida State.

Leggett holds virtually every Clemson tight end receiving mark. He had 122 receiving yards on five catches in the 37-34 win at Florida State and the receiving yards was a single game mark for a tight end. He needs just 69 receiving yards to break the single season yardage mark by a tight end. Dwayne Allen holds that mark with 598 in 2011, the year he won the John Mackey Award.