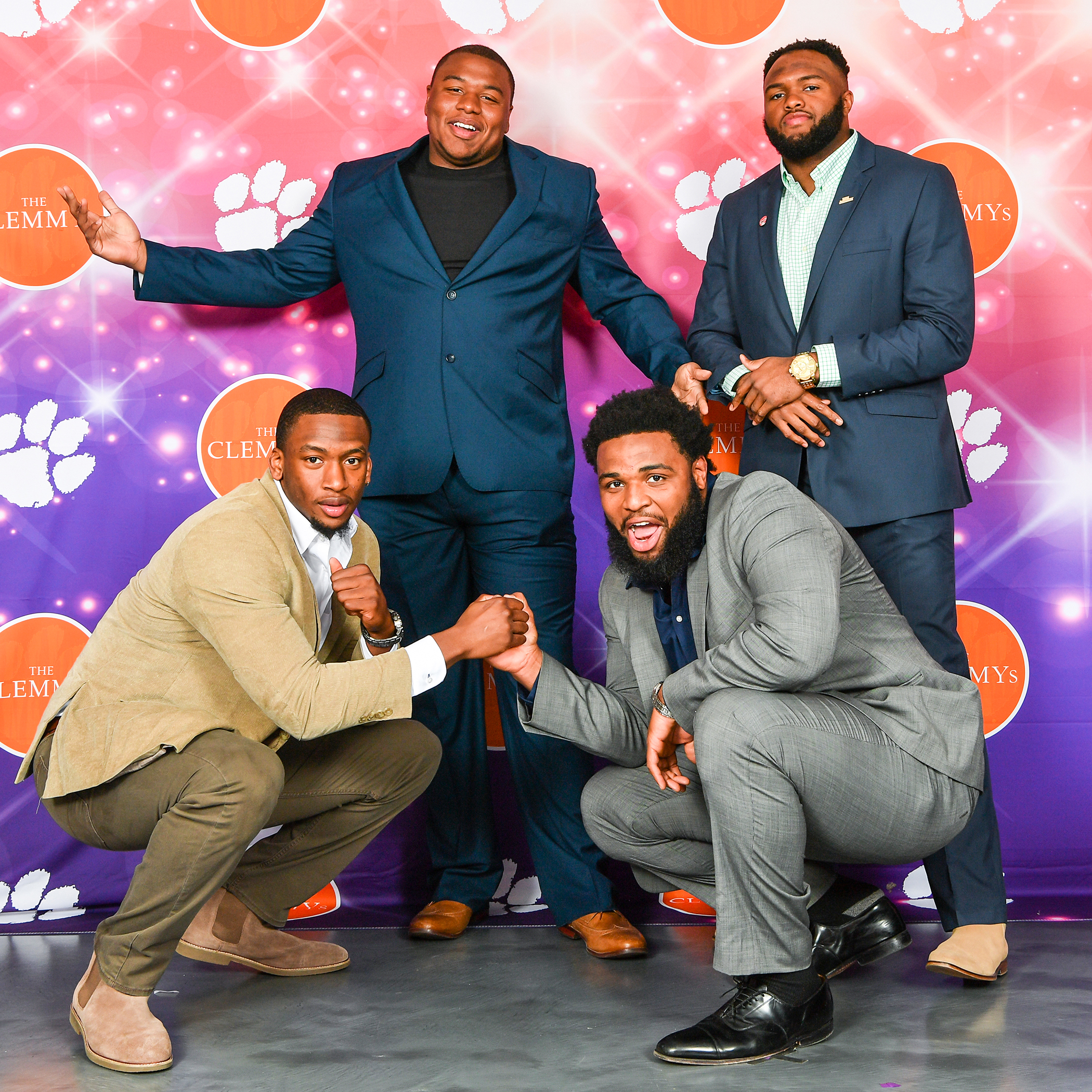 Clemson's four returning All-Americans on the defensive line are making sure the Tigers' winning tradition is passed down to the next group of talented players.

Clemson had just finished a physical spring practice in mid March 2018 on the practice fields behind the Allen N. Reeves Football Complex. As is customary during the spring, the younger players at each position stayed after the conclusion of the regular practice to work with coaches on a few fundamentals.

It is a time period when the veterans are free to shower and get to the front of the food line in the Paw Dining Hall.

But Christian Wilkins and Dexter Lawrence didn’t take advantage of the earlier dismissal. After working on their own fundamentals with the traditional blocking sleds on a distant field, Wilkins and Lawrence sought out their younger teammates, who were working with position coach Todd Bates.

Wilkins stood 10 yards behind the young Tigers, who were working on footwork, hand technique and other drills that would allow the young players the ability to get to the opposing quarterback or running backs a split second sooner.

After watching a few plays, Wilkins stepped in to personally give an example as to how the two-time All-American “does it.” Lawrence then followed suit, giving what his experience has taught him as far as the keys to beating his opponent.

As I watched the “after-school gym session” continue, it occurred to me that this was a perfect example of Dabo Swinney’s team culture.

Even more so, it is a tangible example of why Clemson is 40-4 the last three years with three ACC championships, three top-four finishes in both polls (a first in school history) and three trips to the College Football Playoff.

“When I came here as a freshman in 2015, Carlos Watkins, D.J. Reader, Scott Pagano and Shaq Lawson all showed me the ropes,” said Wilkins. “I remembered that, and now it is our job to give our knowledge and experience to K.J. Henry, Darnell Jefferies, Justin Mascoll and Xavier Thomas.

“That is what we do here…it is part of the culture. That is one of the reasons we are on this run.

Wilkins, Clelin Ferrell and Austin Bryant all had the opportunity to turn professional after last season, but all three decided to return for another year. Their return, combined with junior Dexter Lawrence, gives Clemson four returning All-Americans on the defensive line.

This 2018 Clemson team is the first in college football history with three returning first-team All-Americans selected to one of the five major teams, and also the first to have all four returning defensive linemen who made a first or second team. Lawrence was a second-team All-American by Rivals.

Why did they all come back? We have already talked about Wilkins’ and Lawrence’s work to continue the tradition of excellence at their position. Ferrell is also keen to the Clemson legacy.

“I want to leave a strong legacy at Clemson,” said Ferrell, who has a chance to join Terry Kinard as just the second two-time, first-team All-American by AP in Clemson history. “People think I came back just to improve my draft stock, when that really was one of the last reasons I came back.

“When I came to Clemson, I wanted to be known as one of the best players to come through here on defense, and that is one of the strongest reasons why I came back. When I came to college, one of my goals was not to leave here in three years to go to the NFL…it was to be a great player here. That was the biggest thing for me.”

The success of the four returning All-Americans, plus senior Albert Huggins, who is a co-starter with Lawrence at defensive tackle, has led to the recruitment of a great group of replacements who are already on campus.

The current defensive line depth chart is a prime example of the culture head coach Dabo Swinney has created. “I didn’t think all three of them (Wilkins, Bryant, Ferrell) would come back, but I saved a scholarship for them,” said Swinney with a smile. “It is a testament to our culture. Most players are ready to go when they are at this level of success after three years. But they all like it here and wanted to have one more run together.

“I told them, the 2014 team set a standard here. They led the nation in 11 different defensive categories, including total defense. So there is a standard that has been set. They have to continue to work hard and do it on the field.

“I am not worried about their work ethic. This group knows what it takes. They are great leaders and set a terrific example for the younger players.”

You can say the same thing about the other side of the ball, especially at wide receiver. During the last six years, Clemson has had nine players drafted by the NFL, most in the history of the NFL draft (started in 1936) for a six-year period.

Deon Cain and Ray-Ray McCloud are the latest to be drafted (2018). When they were freshmen, they were understudies to Mike Williams, Charone Peake and Artavis Scott, wide receivers now in the NFL. Williams and Peake learned from Sammy Watkins and DeAndre Hopkins.

You can see the importance to the process that has continued today through graduate Hunter Renfrow.

“It is our culture,” said Renfrow, a fifth-year player who has been a member of three ACC championship teams and has a national-record 31 receptions in five College Football Playoff games.

“It is what we do. The veterans want to keep the tradition going. We all have ‘Wide Receiver U’ shirts. It is in our minds all the time to bring the young guys along, and we do that in practice every day.”

Renfrow joined the group as a walk-on in 2014, but learned the ropes from Adam Humphries and Peake, who were veterans at the time. Renfrow redshirted that season as a Humphries understudy. Two years later while playing Humphries’ position and wearing his uniform number (13), Renfrow had the game-winning receiving touchdown with one second left to give the Tigers their first national championship in 35 years.

When Clemson won that national championship, the Tigers went to The White House in June 2017. As part of the ceremony, Swinney gave a memorable speech that centered around the culture of his program.

At the close of his speech he said, “Always remember, the goals that we have achieved pale in comparison to the daily commitments it took to get there.”

That commitment includes each player’s commitment to make the program among the best in the nation on a daily basis. I witnessed one of the most tangible examples of that last March when Wilkins and Lawrence stayed after practice to work with their protegés.