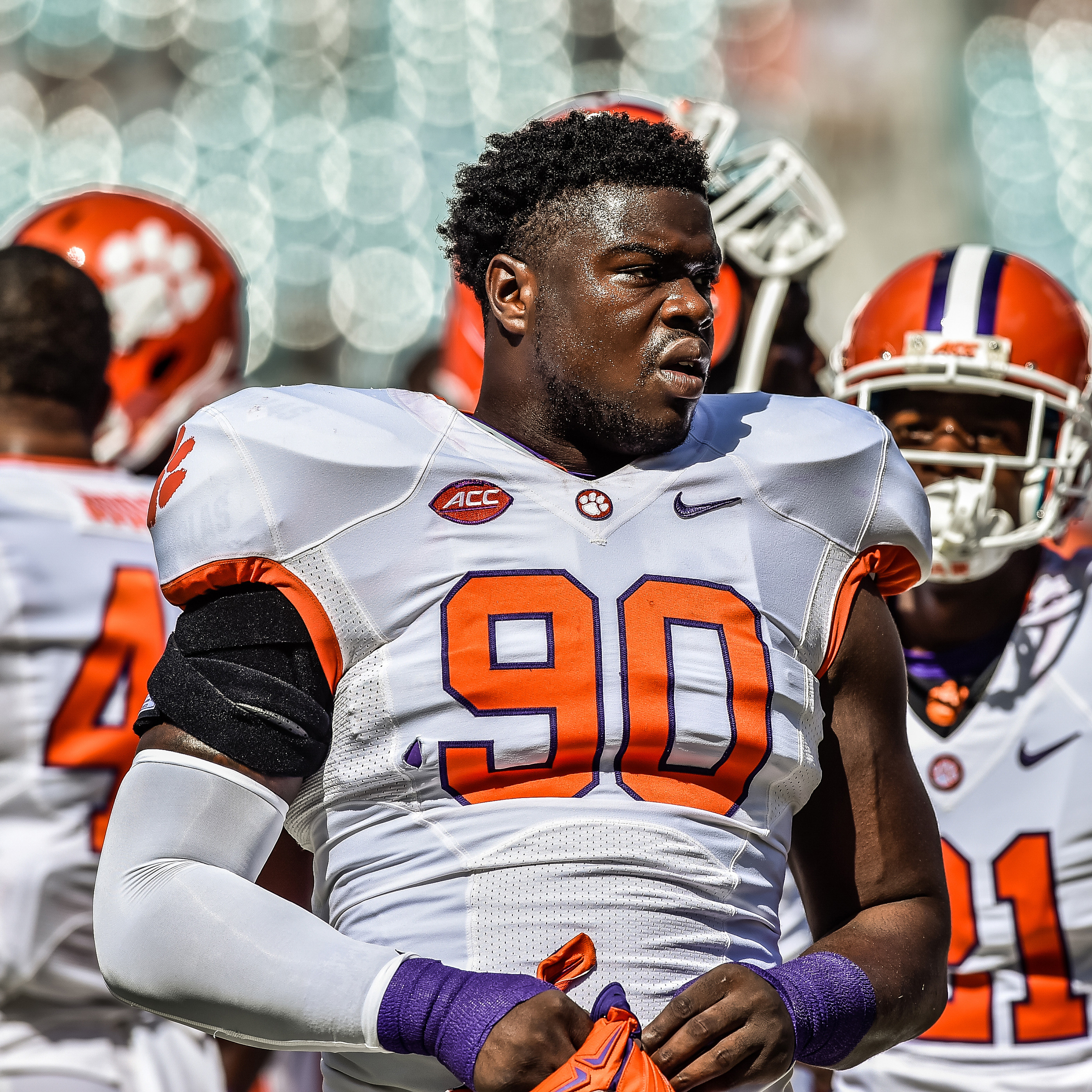 Lawson Selected in First Round by Buffalo

Lawson led the nation in tackles for loss last season with 25.5 and had 86 total tackles, a major reason Clemson had a 14-1 season, won the ACC Championship and reached the National Championship game.  He joined former Clemson first round selection Anthony Simmons as the only Clemson defensive players to have at least 10 tackles for loss as a freshman, sophomore and junior.

Lawson was the third Clemson player selected in the first round by the Buffalo Bills since the 2010 draft when C.J. Spiller was the No. 9 selection. Wide receiver Sammy Watkins was taken in the first round by the Bills with the No. 4 pick in 2014.  It is actually the second time in history the Bills have taken a Clemson player with the No. 19 overall selection.  Lawson was taken in  the exact same draft position the Bills took All-American Perry Tuttle in 1982 after Clemson had won the 1981 National Championship.

“That was the easiest decision Rex Ryan (Bills head coach) has had as the head coach of the Bills,” said Clemson Head Coach Dabo Swinney, who was in Chicago with Lawson and Clemson defensive end Kevin Dodd on Thursday night.  “I told Shaq there was no way he would go past the Bills at No. 19.

“This is a great selection for Shaq because he is familiar with Coach Ryan, James Trapp is there (former Clemson defensive back and now team advisor), plus Sammy Watkins and Jonathan Meeks.  It will make the transition easy for him.

“Shaq is a blue collar guy and he will fit the personality of that city.  The people there will love him.”

Lawson was the sixth first-round pick from Clemson under Swinney and the 34th draft pick overall.  Swinney is now just one first round pick behind Danny Ford on the list of Clemson coaches.  Ford had seven during his 11 seasons as head coach from 1979-89.

Lawson’s selection marks the fourth straight year the Bills have selected a Clemson player. It is the first time since the 1961-64 era that the same NFL team has taken at least one Clemson player in four straight drafts.  The Houston Oilers, then of the AFL did it in those years.

The draft continues on Friday evening.  Clemson defenders Kevin Dodd, MacKensie Alexander and T.J. Green are all expected to be selected in the second or third rounds on Friday.