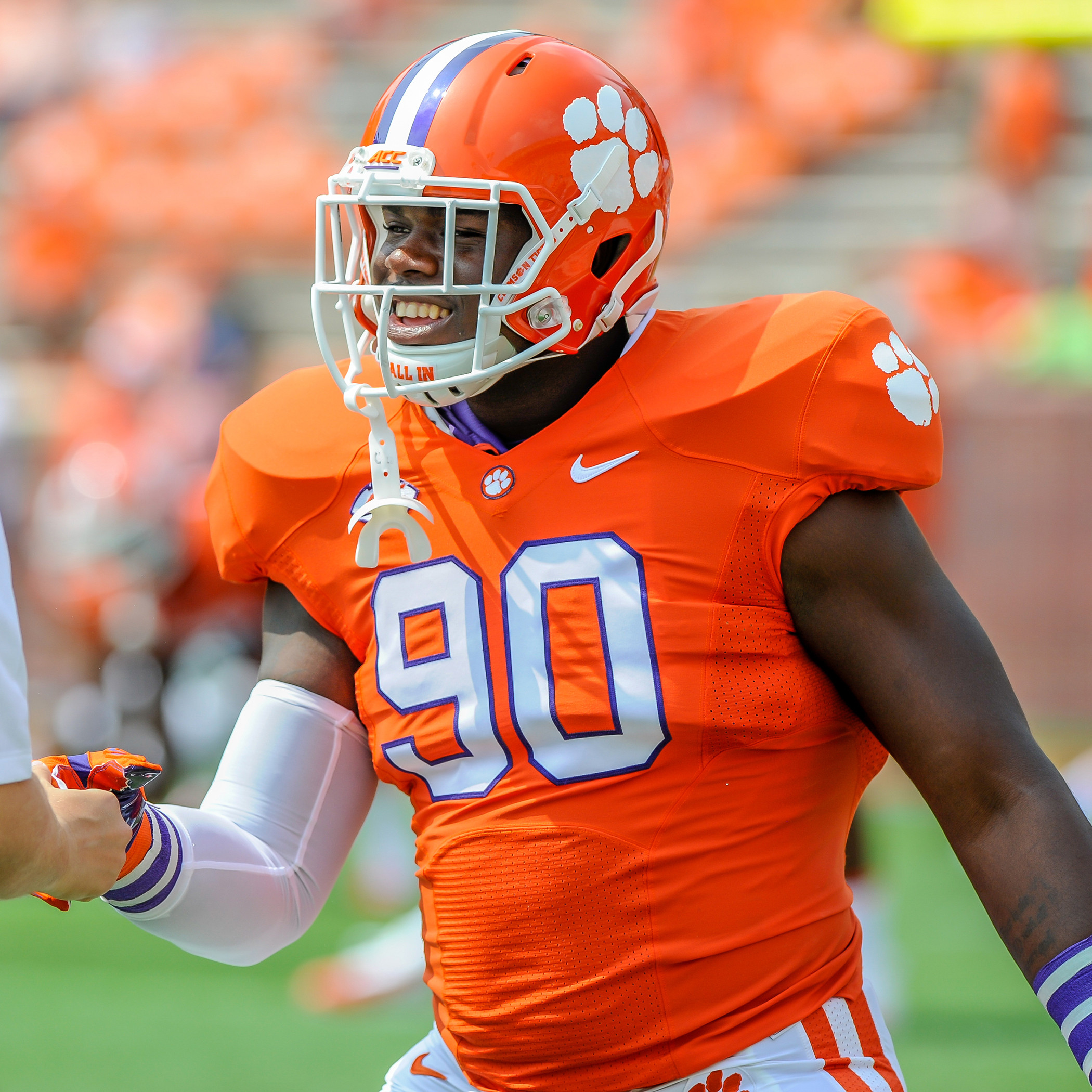 Clemson, S.C.—Clemson defensive end Shaq Lawson has been named a first-team Midseason All-American by ESPN.com.  Lawson has helped the Clemson Tigers to a 6-0 record and a No. 6 national ranking by the Associated Press and USA Today Coaches polls.

The website also listed offensive tackle Mitch Hyatt as the No. 2 freshman in the nation among offensive players, ranked tight end Jordan Leggett as the No. 4 tight end for the John Mackey Award, and ranked MacKensie Alexander as the No. 5 candidate for the Thorpe Award.

Quarterback Deshaun Watson was listed as the No. 2 Comeback Player of the Year.  Watson sustained a broken finger and a torn ACL as a freshman and has come back to complete 68 percent of his passes for 235 yards per game.

The website also listed Clemson’s 24-22 victory over Notre Dame as the No. 5 finish to a college game in 2015.  The Tigers stopped the Irish on a two-point conversion attempt with just seven seconds remaining after Notre Dame had come back from an 18-point deficit in the fourth quarter.